Unemployed not an option on the salary survey?

I just wanted to ask why there is no way to enter unemployed or $0 in the 2010 salary survey? By not having that as an option there is no way to get a true sense of how the design industries are actually doing. The data will ultimately be flawed and therefore pretty much useless.

What does everyone else think? Did I miss the real point of the survey?

I think it’s supposed to be a comparative tool for salaries not the job market in general. As such $0 wouldn’t have much meaning. That my 0.02$ anyhow.

I understand what you are saying, it just seems to me that the nature of the survey is therefore disconnected from reality.

Part of the front page blurb says,“Take the survey and compare your earnings against others in the industry. Has a slowly growing economy shown improvements in the creative design fields?” This is what had me scratching my head, if you don’t include unemployed designers these statements don’t make much sense.

Should it instead read “Take the survey and compare your earnings against others working in the industry”?

Of course if the previous surveys didn’t account for unemployed designers then starting now would make comparisons from year to year a little skewed. I just think asking “Has a slowly growing economy shown improvements in the creative design fields?” while only surveying designers with jobs has a significant bias built in and makes a real answer impossible.

Edit: After checking the results again and seeing some of the outlandish responses, my concerns don’t really matter anymore.

That survey data needs some cleaning up.
Within the industrial design field the lowest is “one buck”, as one can’t vote
zeroe (as discussed above), but the highest yearly earning is 64 Million.

As in all normal statistics abnormalities should be counted out. I am not sure
though, if “O” is as abnormal as the Millions.

Seeing as it is a completely voluntary unchecked survey, the results are always suspect. However, it seems to align with other stats I’ve found from the US dept of labor, IDSA and stats Can.

As for the slowing economy & unemployed…it would be nice to see an unemployed or laid-off button. The slowing eonomy could drive wages down as employers take advantage of the surplus of designers (if we are as effected by the down turn as everyone else).

I agree that there should also be an unemployed box, however it should not be entered into the average wages (I cant see the page due to being blocked by the man, but Im assuming it is similar to previous years). I think it is one of the best tools people in our field can use when entering into the job market. It is just a shame that there are idiots that skew the results.

exactly, there should be an “unemployed, seeking work” checkbox that doesn’t get averaged into the data, but at least records the number and region of unemployed designers.

would that really be beneficial?

Showing those numbers to prospective employers. _IF_the US were a Socialist Country by now this would
be a brilliant idea, but I believe they are not, thus an accurate figure, that you are seeking, could only be used,
to drive the average salary down furthermore.

that was not your intention, right?

But the survey isn’t an “Employment” survey, it’s a salary survey. Meaning if you don’t make any money as a designer, don’t take the survey. Right? If everyone who is unemployed fills out the survey with $0 income, that will skew the results.

Currently it appears someone working in house in the midwest inadvertently (?) typed in 64,ooo,000 instead of 64,000
and it is throwing the numbers WAY off

There definately are some erroneous results in there that should be cleaned up. Like the guy in Brazil who makes $1,270,500…either you’re damn good or they just didn’t enter the amount in USD.

But to NURB’s point - it is a salary survey, not the US census. If everyone unemployed came in and entered “0” all that would do is make the average salary $3000, which is a useless statistic to anyone.

While their may be some crap data, I think for the most part the survey is a fairly good representation of what to expect, espescially if you’re just starting out, or if you’re moving across the country and want to get an idea of what your worth in another region (Besides the usual cost of living calculators).

If you asked who was unemployed you would probably get rather worthless statistics. Every college grad who hadn’t found an ID job would put “unemployed”. Does that mean that ID as a profession has a 70% unemployment rate, or does it just mean that those poor souls haven’t realized the majority of them are unemployable and wont find an ID job at all?

that’s why I said that by checking unemployed, your $0 doesn’t get included in the average (exclude from the data set)

I understand that this is a salary survey, not an employment survey. I just think that it would be an interesting metric to capture considering this is an often discussed topic, and it would cost nothing to have an extra checkbox. As far as being useless, it would reflect core readership, but doesn’t the salary survey do the same? 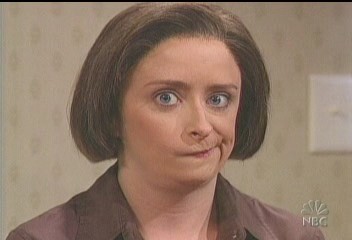 The results do look good against the labor board job description. But someone really needs to delete the results for the mid west entry level inhouse designer making 64,000,000 that is obviously not right and is really messing up the result.

Keep in mind that many places look to this survey to set or help frame salaries. Including $0 for unemployed workers is a bad idea. As much as it stings, if you aren’t working, you aren’t part of the industry. I also think the outliers need to be cleaned up.
This one seems different from years past in that it allows for real time results. I preferred the old system, I believe the results were reviewed.

A way to look at the results without filling out the form atleast?

Keep in mind that many places look to this survey to set or help frame salaries.

If this is true shouldn’t we all skew the results a bit higher?

The reason I mentioned laid-off v. unemployed is because I think the most interesting statistic would be designers who lost and have not found a new job yet. Unemployed would lead to 10,000 students hitting unemployed making us believe a small army of unemployed designers was just canned.

Mr-914, I definitely agree with you. There is a huge difference between graduates looking for work and Designers in the industry who are out of work. Being able to see that data point would be very interesting; unfortunately there would be nothing to compare to with the older surveys. It would however give us a good idea of how the industry is doing region to region and country to country.

Keep in mind that many places look to this survey to set or help frame salaries.

If this is true shouldn’t we all skew the results a bit higher?

So that business becomes more interested in shipping the design centers over to lower paid populations? No thanks.
The UAW did a great job of artificially inflating worker’s wages until the bottom fell out.

I’m glad I read this thread first instead of starting one, it cleared up most of my questions. -And I agree that unemployed designers aren’t collecting a survey, hence they are discounted from the survey. That makes sense, though it censors a powerful conversation. My new question would be: ‘Isn’t collecting $14,999 dollars a salary?’ (albeit a lame one) It seems that in addition to discounting unemployed designers, this survey also ignores/eliminates Under-Employed designers who earn less than 15k. Is there a statistical ‘nuts & bolts’ reason for this? Or have a great, great many designers all earned exactly 15,000? Or is this done to keep the results closer to the surveys’ planned objectives, as mo-i suggests?