does anyone know if their printer is custom made or if anyone can purchase one?
To me it seems custom made and I assume the technology they use is protected, right?

It seems their process is pretty secretive. I had looked at some parts from them and it doesn’t seem to be one of the typical plastic decorating processes, so while it may not be unique to the world, there may only be a few factories overseas that are doing that type of work. I noticed their parts are labelled as made in Korea rather than China, which seemed interesting.

You mean the uncommen cas was lablled made in Korea? I’m actually looking for a manufacturer that could produce near to their quality or the same.
Let me know if you know anyone, right now I’m sourcing in China

Digital printing is also an option: 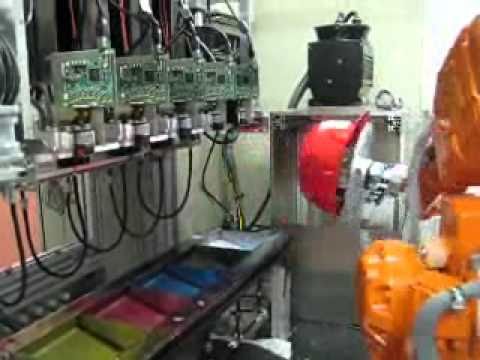 Did you manage to find an answer to your question? I spent ages googling this and came across this thread.

I thought It sounded like the TATT system prints on the actual case opposed to using sublimation, but someone else commented on this thread and thought it was die sublimation.

So wondering if they actually do print directly onto the case, or they simply use some sort of advanced sublimation.

Do you know where you can get a printer / machine that gives the same quality? Did you buy a machine in the end, what did you get? I am currently in China looking at what can be produced here, but also considering getting a sublimation machine from a UK company.

Mike, I HAD to post the YouTube you offered. The process it totally over the top for a “decorative” process. I suppose if a wrinkle-free logo sticker for a product is an absolute necessity it’s the answer, but it seems extreme… [old guy talking].

Mike, I HAD to post the YouTube you offered. The process it totally over the top for a “decorative” process.

Thanks for re-posting that. Does it mean I’m lazy if I rarely click YouTube links but readily watch an embedded video?

It does seem very thorough. Looks like pre-treat/bake/base-coat/bake/print/bake or something. Seems that ostensibly you could change the printed design after every print?

The parts that are heavy-handed IMHO are (1) that they seem to have a little custom tool for the hat (what does the little upside-down stand do?) and (2) they would have to re-calibrate the arm for every object to be printed on.

So I guess its sweet spot of novelty would be small batches of the same-shaped object with the option of different prints?

Old thread, I actually ended up attending the Plastics society conference last year and saw the vendor who is doing the robotic 3D printing directly with the head. That’s actually not a sublimation process, its a digital printing process that actually builds up material directly on the surface. There is a vendor in the US who provided me with some samples, and it is nice that you can print directly on the part but are limited with the depth of the part. (IE a flat or nearly flat surface only about 3mm deep, past that the droplets of ink spread too large to be useful). Because it’s using the same technology as an inkjet printer, you could change the image for every print as long as it was tied to the path of the robot. The tool he sticks the hat in is just a jig so the robot can precisely register the hat. If it were off even slightly then you’d have registration issues.

It’s a great process if you make products that your customers all want to have their logo on, but the setup is quite high. A sticker or pad print is obviously a lot less work, but it makes it difficult to get the minimum order quantities. In that case that kind of setup makes sense when you have high volumes (a ton of hats) but low MOQ’s (only 15 for Bob’s lumber depot).

The robotic arm gets around that by allowing the head to print directly on a small area of curvature at any given time, then it’s cured and moved on.

There are other vendors out there with sublimation products but it requires your parts be made of the right material, usually a polyester based process. Most normal PC/ABS and other materials can’t sustain the high temperatures used during the thermoforming process.

During the thermo forming, the ink particles on the die sub film turn to gas and embed themselves into the polyester material.