Reposting this topic here as well as the Footwear forum as many of these rendering technique are also useful for non-footwear PS rendering, I know not everyone checks the footwear threads.

I was planning to also post it here, but there are just too many images to do it easily (40+) and uploading all through flickr is a pain. Please see the blog, but feel free to comment and add anything here.

If you have any specific hints, questions, etc. throw them down here and ill try to address them in the tutorial. 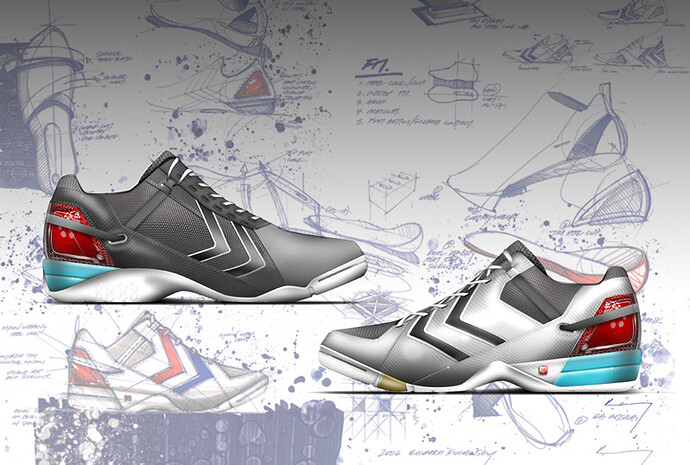 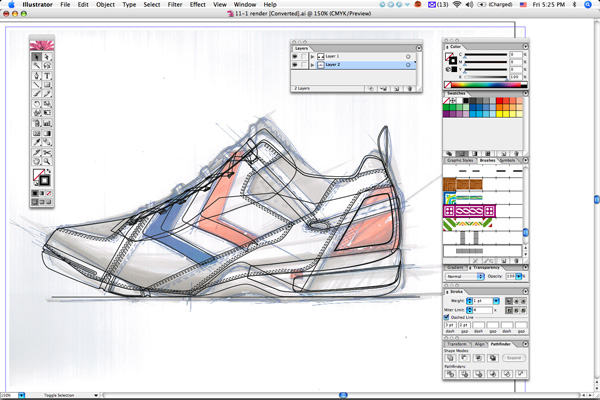 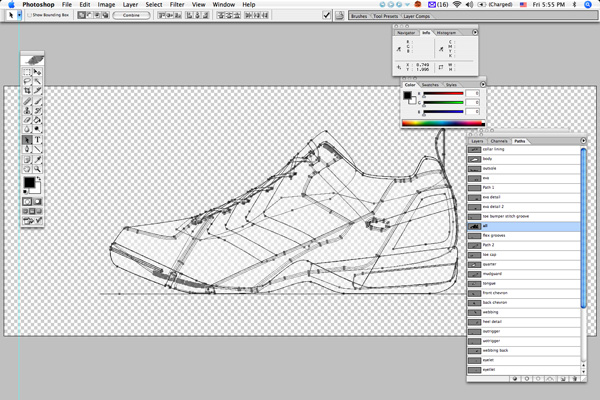 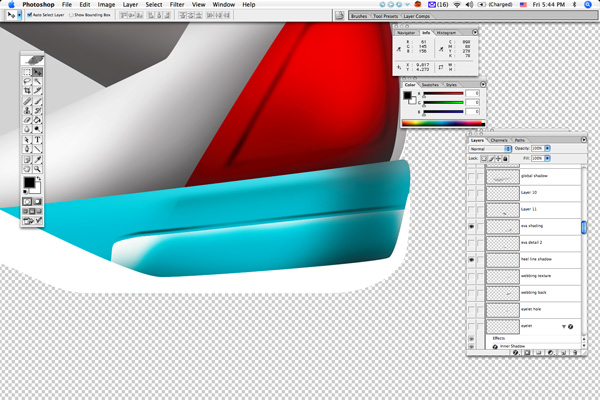 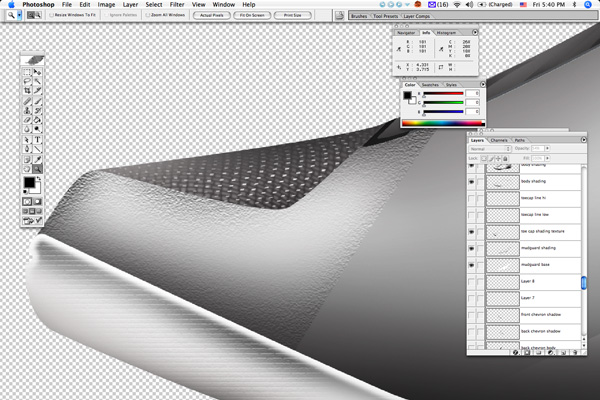 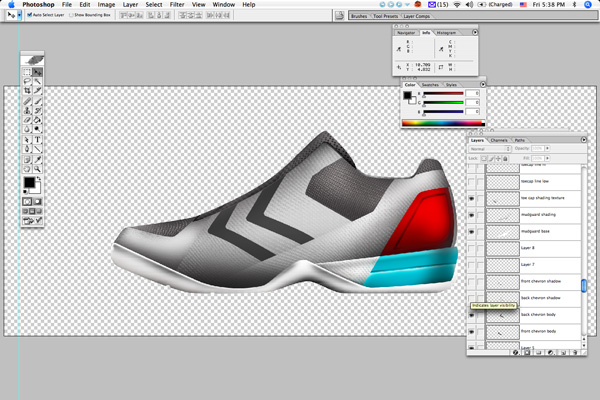 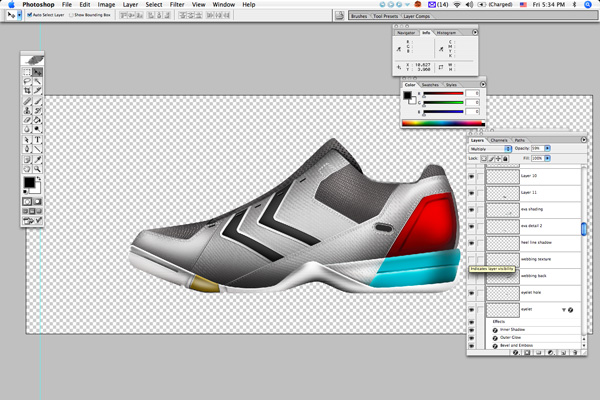 The screenshots you posted look awesome, but I can’t seem to find the tutorial from your blog… (maybe it’s not posted yet?)

Nice tutorial. I use Illustrator 90% of the time here at work. Its what my boss calls CADs. I guess it is a “computer” aided design. Itâ€™s just not what I would consider as CAD. Anyways, I never have the time to use Photoshop to fill it in. I just stick with Illustrator. I’ll have to try this in my free time.

Here’s the direct link to the tutorial-

sorry, the post got pushed back off the front page of my blog, making it a little tricky to find.

I also use Illustrator most of the time for a simple colorup. I have also heard it refered to before as “Cads” by sales. Not sure why. Im guessing its something from back in the old days when computers were first being used and a basic colored drawng done in Illustrator or whatever app at the time was an advanced Computer Aided Design… dunno.

very useful information, thank you for the work