I’m pretty sure someone here perviously had posted that they worked for a fitness company, so don’t want to name brands that I think are the worst offenders, but…

What’s with treadmill design? I’ve been looking for a treadmill for some time now and can’t seem to find many that I’d actually want to live in my home.

I run about 80-100mi/week so am looking for something pretty serious. Mostly happy to do all my runs outside, but living in Canada sometimes it’s not physically possible (cold is fine, but 2ft of snow and ice makes it pretty hard to do a workout).

From what I’ve seen TechnoGym, is the only brand actually doing anything interesting in design. More modern, minimal, consideration of CMF, UI that seems to make some sense (one model in particular you just add your iPad which seems like a great idea. Not sure how it would actually work when your hands are sweaty).

I’d get the Run Personal designed by Antonio Citterio (matches my b&B Italia sofa by him) if it didn’t cost $15,000. The my run is $6K which is still a bit steep.

Most are overloaded with features. And look like they came out of a 1992 gym in space.
Tiny fans that do nothing. HRM on handles when pretty mu nobody runs with their hands on the handles.
1000 programs but no ability to just even set up a simple custom interval program.
Speed in MPH/KMPH, not min/mi or min/km as every runner EVER tracks in.
Syncing to proprietary apps, no integration to Garmin or Strava (or heck, even Nike+) which most runners actually use.
Those kind of buttons that used to be on electronics in the 80s with random printed shapes on a flexi top and red LED display…

Am I missing something here? 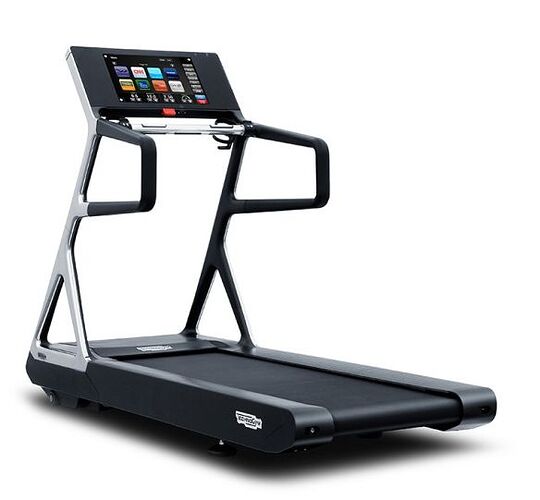 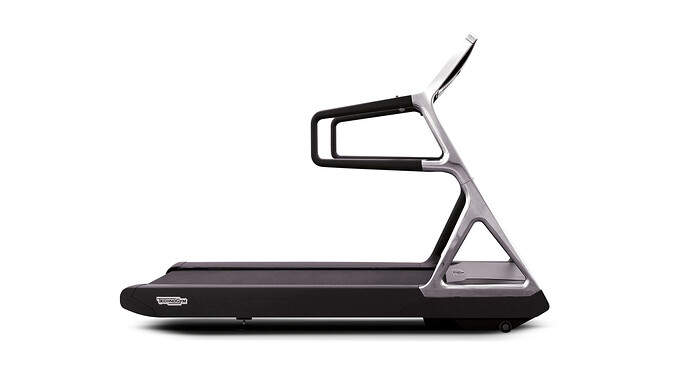 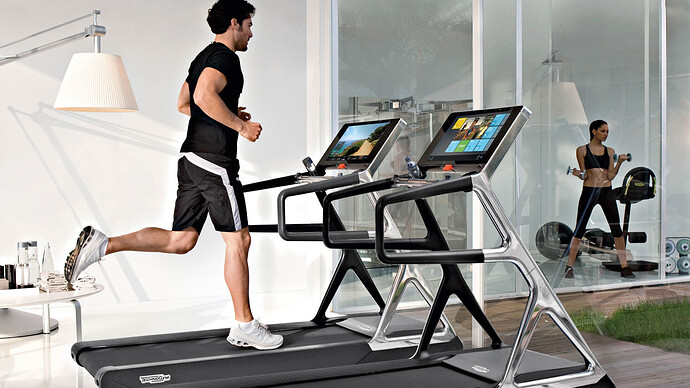 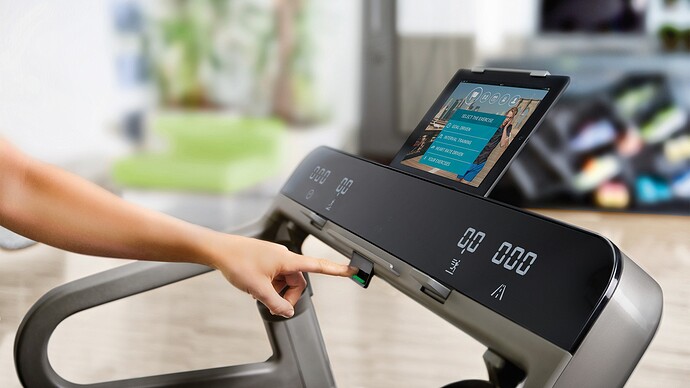 for context (not looking at any of these in particular) 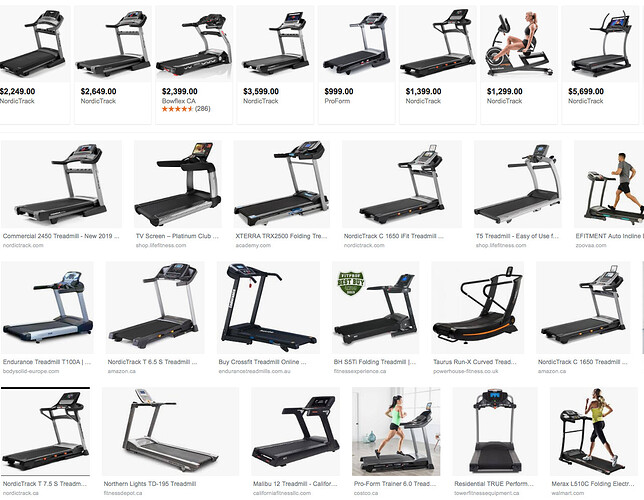 @R -
Thank you, thank you, thank you for the critique. You are spot-on with your observations, and while I can help provide some rationale for some of the design ‘solutions’ you might see, I can’t justify all of them. I’m the design manager at one of the “big three” - Life Fitness, Precor, Matrix. Technogym is big as well but I’ll explain.
Techno consistently leads the industry in overall design quotient and brand strength. Nobody disputes that. Their footprint in North America is quite small however and mainly focused on hospitality and/or high-end spas. The cast pieces on those Citterio parts make us envious every time we look at the competition but we have no idea how their cost models work in order to be able to sell these things. (One rumor is that they are well propped-up by the Italian government, I have no factual source for this however.) I can say that Techno tends to look a lot better in photos than in real life, where you will see the effects of trying to mate-up large pieces of plastic to completely cover an oddly shaped metal frame. They do have good designers with sensitivity to CMF, proportion, form, and at least a passing grade in understanding the exercise experience. Main thing is their lines have consistency and coherency.
The best treadmill I’ve used is their SkillRun. It does everything, has a good UI, the latest workouts (including making your own intervals, yes that should be obvious)…and it costs around $20,000. I did a workout on one at the last fitness expo and was blown away. However you are only going to sell so-many treadmills at $20K. That is definitely NOT where the fat part of the market is.
Think about the customer - the person who purchases equipment for a club - maybe he needs 10 treadmills. If he wants the SkillRun, he can only afford five. Not going to work. The place that wants just five treadmills will be a boutique workout space that costs $200/month and can only fit 20 people at a time, going through a guided workout for an hour. Its a city-center, tech-heavy kind of boutique gym with premium real estate and a clientele who wants to pay for a unique exercise experience. CrossFit does that very thing, but with tires and ropes and rusty steel at .01% of the cost.
Features: yes, that’s the spec war that plagues every product category from shoes to washing machines to cars to fitness. You have 15 programs? We have 20!
HRM on handles is the overlap of the most convenient spot to place them, for wiring purposes, and the best technology readily integrated into equipment. For best results, use a chest strap. Touch HR is actually pretty good though, and if working right, and has good noise-reduction software, will be superior to any of the wrist-mounted HR readers on your favorite smart watches.
The fans - to our credit we’ve never included fans. I did a workout at an Orange Theory that included run segments on a different brand of treadmill and it had a fan. If you are in a row of 20 treadmills and can’t control your own ambient airflow, the fans are actually kind of welcomed. I’d agree they have no place in a home product.
Speaking of home products - this is the crux of the issue - there is not much of a home fitness industry, at least not one where the big players want to compete in. The housing crash of 2008 took care of that. We did over $100M in the year leading up to the crash. These days its not even worth making a new piece of plastic for.
I haven’t run on the new Peloton treadmill but it looks nice and I like the adjustment dials. They are killing it with group cycling but are getting sued by the recording companies for not paying royalties on all the music in their playlists, oops.
I would look at the Assault Air Runner, and change your indoor running goals to include more HIIT workouts instead of longer runs, because to be honest who wants to run a long time indoors anyway.
Ask me more questions, I’m happy to answer what I can.
Sean

Thanks for considered reply. I appreciate the insight from someone who obviously knows their industry.

I did figure lack of home market (let alone marketing to a public with design savvy) was an issue. The crossover of population who works might run X has the space X has the money I’m sure is a pretty tiny overlap.

About 10% of running shoes actually are used for running so I get it.

Commercial vs. Residential feature and price set makes sense. And I was looking at some more commercial machines just to even hit the speed I need. Unfortunately I don’t have the space.

I did look at the manual slat type like the Air Runner and a few others. I really like them especially the curved ones like the Woodway. $$$. And huge.

As a matter of fact the LifeFitness ones were my second pick. The T3 Go is quite nice design (Track console is nicer but I don’t need it). T5 even more so. A bit larger than the TechnoGym though and also not inexpensive. Close to the TechnoGym price surprisingly but a more solid machine and probably better for actual running.

If you don’t mind, I might PM you for more specific thoughts. Don’t want to bug ya here with too specific questions also realizing you might not want to give details publicly.

I can only imagine the difficulty you must have in an industry making such big things that most people buy from a spec sheet!

That is definitely NOT where the fat part of the market is.

We tend to use “deconditioned” as an adjective instead.

I thought this was somewhat pertinent:

Peloton pulls the plug. Owners of the first generation of Peloton’s exercise bike touchscreens will no longer be receiving new software updates for their device, the company announced in a message on its support page. The touchscreen will still be able to access content, but the company is recommending that these users purchase a hardware upgrade so that they may continue to receive new feature updates, and has provided a discount code for a replacement touchscreen and pedal bundle to those with the early devices.

“As with all consumer electronics, the pace of innovation is swift and constantly evolving. And given the age and technology of your First Generation Touchscreen, it no longer accommodates the software features we regularly develop and release,” the company wrote. “We are still committed to maintaining the current experience, but the First Generation Touchscreen will not receive any new features going forward.”

Is this as ridiculous as it sounds?

Makes sense from a technical standpoint.

What doesn’t make sense to me is why you need all this interface on a treadmill. You can run with literally only a pair of shoes and shorts. It’s one of the least high tech sports out there (aside from nude greek wrestling perhaps). I’m as much of a gear geek as anyone but…

The Technogym treadmill that uses your iPad as interface is the smartest route I think.

I’m impatiently awaiting to over hear someone bragging, “bro, you can’t touch my Palladium X (fake car name). It has a 10.7 inch touchscreen.” If only surf rock existing to write songs about modern cars…eek!

I thought this was somewhat pertinent:

Peloton pulls the plug. Owners of the first generation of Peloton’s exercise bike touchscreens will no longer be receiving new software updates for their device, the company announced in a message on its support page. The touchscreen will still be able to access content, but the company is recommending that these users purchase a hardware upgrade so that they may continue to receive new feature updates, and has provided a discount code for a replacement touchscreen and pedal bundle to those with the early devices.

“As with all consumer electronics, the pace of innovation is swift and constantly evolving. And given the age and technology of your First Generation Touchscreen, it no longer accommodates the software features we regularly develop and release,” the company wrote. “We are still committed to maintaining the current experience, but the First Generation Touchscreen will not receive any new features going forward.”

Is this as ridiculous as it sounds?

Live by the sword, die by the sword. According to their CEO, they are not an exercise equipment company, they are a technology company. At least half of their COGS is wrapped up in the screen components. You can’t use the screens for anything else except accessing their workouts and staring at their aesthetically pleasing fitness trainers. RK is right, that TG basic dash with iPad connectivity is the way to go and yet nobody has done a seamless job of this yet.

You can pull BS like this in the consumer market - maybe lose some new sales due to word of mouth - but in the commercial space our consoles need to keep working and be updatable for 7-10 years, and any new features have to work with the existing (admittedly lower-tech) hardware.

Its harder and harder to try and buy a nice car that doesn’t have any whiz-bang embedded electronics. Oh right, nobody is going to ‘own’ a ‘car’ in the future…

If they were to survive, I would definitely consider Peloton. I recently used their bike trainer multiple times for several hours and the app integration and usability aspects are well thought out. Their design is also more dynamic whereas most of the treadmills are just branded with a design flavor but are essentially very static in form. The treadmill is $4k so still on the steep side.