Traveling - Where to eat

I don’t know about you, but the only thing that makes traveling bearable is eating good food. I have to eat out and I’m getting reimbursed (to some extent), why not take advantage. Here’s a partial list to where I have been lately:

Cininnati
Nothing so far, not a fan of Skyline

Dayton
Nothing so far

What and where do you recommend?

Thanks Sain. It looks like I’ll be in your fair city again next week Wednesday.

Denver
Yazoo BBQ Company - BBQ (get the brisket and kabobs)

I’m in Honolulu 2 days next week. Any suggestions?

You can’t go to Chicago and not try Numero Uno. 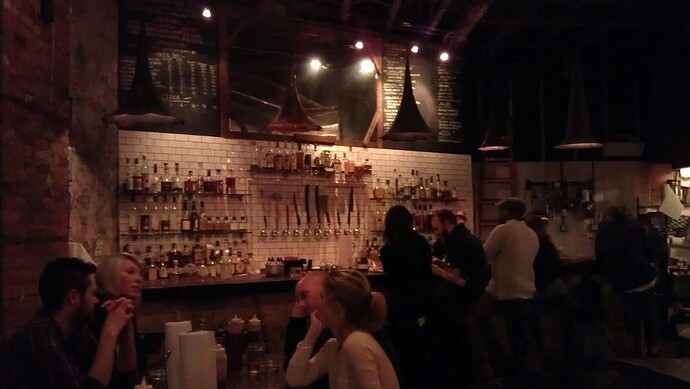 Do not eat at Duke’s. Average at best.

San Francisco:
Mission Chinese - if you love spicy food it doesn’t get better than this. Amazing food with a no frills dining experience.

Los Angeles:
Golden State Burger: Second best burger I’ve ever had. Also the Supreme store across the street has a suspended bowl inside it.
Pizzaria Mozza- best thin crust pizza I’ve had. Owned by Mario Batali
Johnnie’s Pastrami Restaurant - If you’re in Culver City Stop by Awesome pastrami sandwich.
Roscoes - Chicken and Waffles - Even ludacris has a shout out in one of his songs to this place.

Seattle:
Spinasse - AMAZING pasta. If you dont mind sitting at the “bar.” I reccomend it as you can watch them handmake the pasta. One of the best overall meals I’ve ever had.
Shiros - Amazing sushi. Omakase all the way.

Fort Worth -
Lonesome Dove - I was about to lick the bowl, thats how good their Chile is. Lots of wild game dishes. Iron Chef Tim Love.

Its about time we got one of these threads!!

L’Atelier De Joel Robuchon - Tasting Menu is pricey, but worth every bite

Seattle:
+1 Shiros - actually… +20 - Still have not had better sushi to date, even in Asia. Be sure to sit at the sushi bar, there is no other way to eat there.

Canon - Best Cocktail Bar and selection you will find, hands down in Seattle… arguably one of the best in the country.

Since Shiro’s has popped up a few times for Seattle, I’m sure it will be full of Core77 readers, so as an alternative I would suggest Sushi Kappo Tamura (or just Tamura) over on Eastlake. Very authentic, very attentive, and of course you should order the omakase.

Chicago - I really like The Gage, across from Millenium Park. The rabbit salad, oh boy.

@jacob fleisher I’m so glad to hear Dali is still around! Right when I started to be able to eat out properly I discovered Dali. House sangria yes, saffron shrimp yes, but how about one night when the owner’s friends were in town (they are Argentinian I believe) and were professional tango dancers. They cleared all the tables from the front room and let them perform after closing. Warm generous smiles and full bellies all around.

Honolulu: Yes Duke’s sucks but go for a mai tai or two and forget about all the tourists. There is a charm all its own.

Slippy: So true!
I’ve witnessed some excellent impromptu happenings at Dali as well. It is a family place, in the sense that the family is a gigantic buch of people who love good food and fun and are from all over the world. I believe the owners (husband and wife) are Russian and Spanish - or perhaps it’s Argentinian and Russian? In any case: a great place. Personal favorite product/detail at Dali: drip cups (for fat) stuck into the bottom sides of the slabs of prepared meats hanging at the bar . . .

Coeur d’Alene, Idaho (yes Idaho, my first visit, I only have Alaska, Maine and the Dakotas left to visit)

Sway - Beautiful presentation on just about every dish. https://swayaustin.com/

Sway - Beautiful presentation on just about every dish. https://swayaustin.com/

And I am willing to spend $15 on noodles, but they better be some pretty good damn noodles though.

San Francisco
Hyde street seafood house and raw bar: One of the best little secrets in the city. Great seafood restaurant on one of the most classic San Francisco streets IMO.

Yank Sing: One of the best dim sum restaurants in the city.