Point 1: I totally agree, those speaker announcements are completely useless. To me they are really more the “soundtrack” of the airport. They just sound so much like travelling.

Point 2: Dont they usually have big electronic boards announcing all the flight numbers including gates and delays? Also google is pretty good at mining your data and telling you facts about your flight. At least if you use google services. If not usually googling your flight number does the trick and you don’t have to mess around with horrible airport websites. Boarding passes are digital by now anyway and most airlines do have apps, maybe it is different in the US?

Point 3: A common problem I think the airports are well aware off. At some they started to install USB outlets, but it is usually too little too late. I guess when they built the airports 10/20/30 years ago they didn’t know that at some point everybody will carry copious amounts of personal electronics. Luckily by now notebooks have quite a long battery life and phones can be charged by power banks. I never assume that I will find electricity anywhere, then it is a pleasant surprise if you do.

I’d love to know what airport / airlines if it’s not too confidential:)

The announcements are horrible, but they never seem important until 1:00am when it says, “Flight 914 to Montreal is cancelled, please come to the desk.”

The boards always seem up to date to me. I’ve never had an issue. However, the flight numbers are confusing, especially when there are hourly flights on busy routes. Sometimes I think my flight left when I was just looking at the wrong line of four flights to Toronto.

The power issue seems to be solved in newer airports. Montreal was renovated in the last 15 years and they seem to have enough power for my liking. I seem to remember HK, Chicago and Toronto being good. Detroit was as you described though:/

I fly almost every 2nd week for work, so I see those issues too.
Personally, I completely ignore the announcements. I have my headphones in anyway most of the time.
I have found the screens to be pretty up to date and they are quite a few. Especially if you have access to the lounges.
The Geneva airport, from which I fly most of the time, has actually a pretty good app where you can scan your boarding pass or add your flight number and it will push updates to your phone.
This has been really useful.

What does really bug me though is that with some airlines, their loyalty programs have grown completely ridiculous. They will have teared boarding for Platinum, Gold, Silver, Ruby, Sapphire and so on. This really slows down boarding and people are confused as to when they should board and what line to line up at.

My former employer TEAGUE is doing some interesting work around this after they re-jigged as a design agency focusing on travel.
There project Poppi has some interesting ideas touching on those stress points. 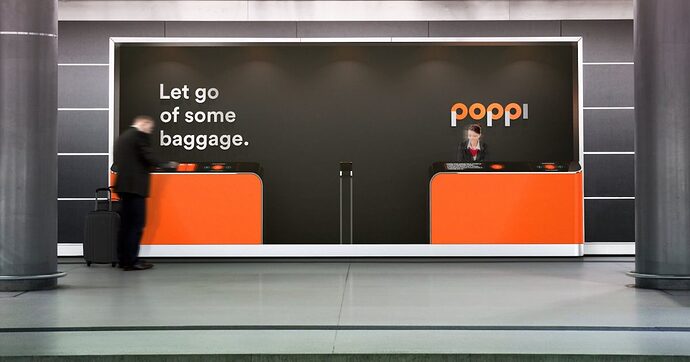 The Airline of the Future | Teague

Proper travel requires money. If you are doing it every 16 years, you can afford to spend some.

Nothing less than first class on the train (at least that is my experience in Europe).
Nothing less than “plus” seating on the airline.
Get into the airline’s lounge. Food, drink, comfortable seating, proper announcements and people who are happy to assist.
Driving service, not cab/Uber/Lift.
Convenient overnight accommodations.
Good food.

This will cost 25-50% more than doing it on the cheap. Again, more than affordable if you are an infrequent flyer. Worth every nickel to me.

I’ve never been to Tijuna. If you told me the airport there was brand new and high tech, I would have believed it! Sometimes the best airports are in odd ball places.

Travel does suck but it’s a cost cut industry where everything from what bag you’re allowed to take and how many peanuts you can get is a margin scraping exercise.

Airports are obviously the problem of the specific airline and airport. Some air terminals are wonderful, bright RF filled spaces that smell like Cinnabon. Some, are moldy leaking cesspools with pigeons inside (like LaGuardia).

Generally it’s more about getting where you want to go and dealing with all the other nonsense more than anything else.

Travel has sucked for a long time. It is something that has progressively gotten worse a little bit at a time. Overtime there is a glimmer of hope out there the airline typically gets bought or goes under. Not to mention the experience of getting through to the gates. What a cluster.

I fly quite often for business, for me the worst airport was in Beijing: such a big and important transfer stop, but they literally have nothing there. No decent food, no normal chairs to rest, only 4(!!) beds to sleep (I have no idea why only 4, it looks like it was more before but somebody has taken it for some other purposes). Luckily most of my flights now are direct between Paris and Barcelona, these airports are quite auseful and i fly with Air France and have no negative experience with them. I am going to buy commercial property in Spain, choosing at the moment between a hotel and a restaurant Commercial Property for Sale in Spain | Tranio. Therefore will have to explore some smaller spanish airports in the nearest future, well lets see how they are

Apparently it could’ve been even worse, as United demonstrated.

Yes, in case we needed reminding this week, United came in hot.

This thread inspired me to upgrade to business for our 13 hour jaunt to Dubai.

Turns out traveling can be pretty great with the money (or lots of credit card points and frequent flyer miles). Having an open bar/lounge in the sky makes flying just a night out on the town.