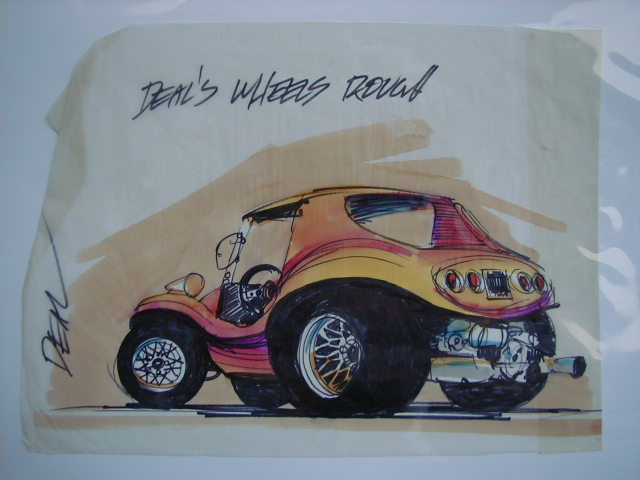 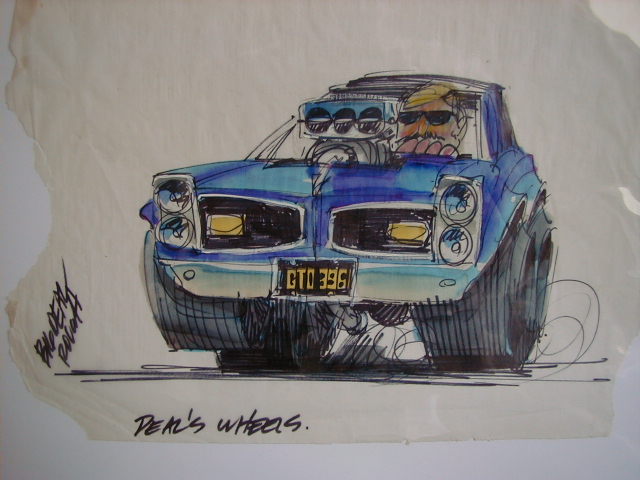 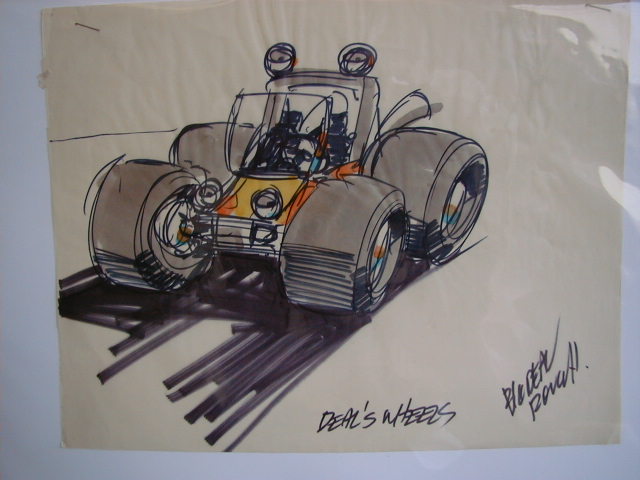 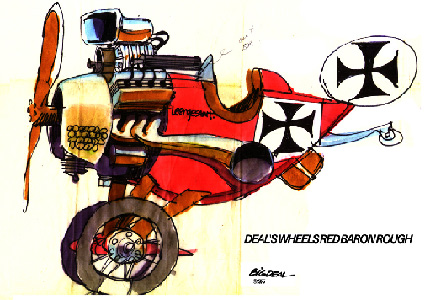 The scans could be a lot better… these images & more are all posted at http://treswright.vervehosting.com/

Along the same lines, on the same site are some photos of totally ridiculous - but totally cool - ‘zingers’ 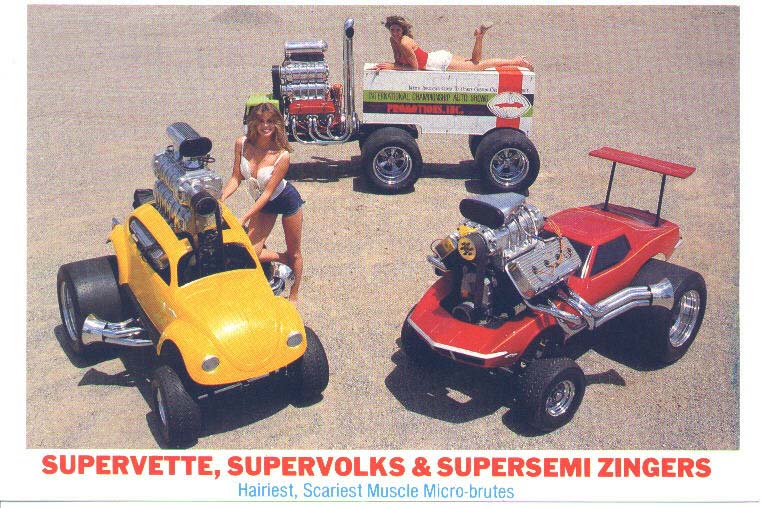 and “rendered” on yellow flimmsy. … . do studio designers even use that anymore?

I like the Red Baron skethc. That would be an awesome desktop toy.
I imagine it would be like the Muscle Machines…Very cool.

Awwwww yeah. Here are some more just for you, DMZ73:

That Edsel is smokin’.

i want to know how to post your works under your messages,without getting a link?thanks!

thnk you soo much for the correction in link…