I have included a little Easter egg in my portfolio that some people consider unprofessional and many people think I should take it out. Others say to leave it in as they believe it reflects my personality and sense of humor. I like having it in because I can tell if someone is actually looking closely at my work (because its REALLY obvious when they see it) or just waiting for the interview to be over so they can get on with their day. Does anyone else do this, or am I just weird? Thanks.

What do YOU think? 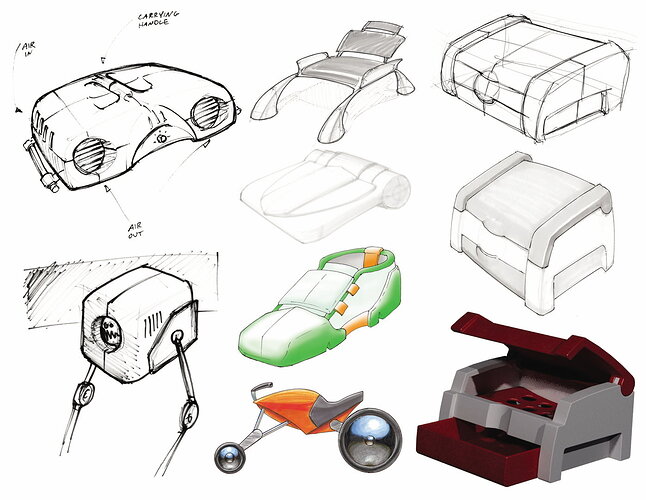 I find it funny. Its easy to say on my side of the fence, but if someone doesn’t hire you b/c of that doll being “too cheesy” then they probably aren’t going to be all the fun to work for.

I think it is more a matter of knowing when it is appropriate or not.

I was hoping that others felt the way I do about it. I mean, if a potential employer doesn’t think that “Eye Candy” is funny, then they will probably think I am not either and that could be an uncomfortable work environment!

Thanks Yo, I do agree with that. I was going to retake some photos of the model, but my wife stepped on it during our last move

. Some photoshop work would do it a world of good.

I think its funny too

and of course you should keep it, its part of your personality and if an employer doesnt like it maybe its not a company that you would fit into or like to work in anyway. And even if the employer doesnt like it he should still be able to accept you if your work is good elsewise hes not very professional in my opinion. You shouldnt break or fall on one tiny detail.