Just booked some travel to Amsterdam (mid May) and Stockholm (mid August).

Any suggestions on things to do, eat, etc. would be greatly appreciated.

I never travel without checking with the Core77 collective brain trust

Here’s my Amsterdam report. The Wanders exhibit is a must.

Design stuff to do in Amsterdam? off topic

I’m going to Amsterdam tomorrow morning for a week, so of course I am doing my highly organized advance planning the day before by asking strangers on the internet for advice. Anything non-obvious / cool / design-related I should hit? I’ll have my 8 year old daughter with me, but she’s an exceptionally good traveler. We’re visiting Fablab on Tuesday so she can talk to a guy who’s working on a $50 prosthetic leg.

For hotels in Stockholm, I’d look into Hotel Skeppsholmen. Beautiful part of town and really close to everything.
It’s a real nice little boutique hotel with some great contemporary Scandinavian design.

Hotel Nobis is nice too, but feels a bit more corporate. Their atrium is killer though. 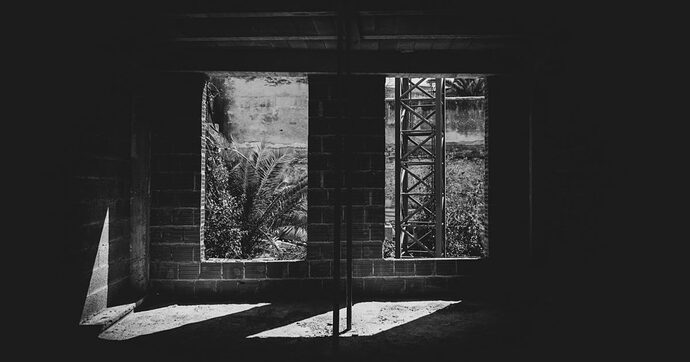 Nobis Hotel Stockholm is an independent 201-room hotel offering every convenience and service any business and/or pleasure traveler could ever call for, in an environment of casual elegance.

Thanks for the suggestions. Will check them all out.

Now looking for an Amsterdam hotel. I messed up and the booking I made for CitizenM was for the dates of the Stockholm trip. Oops. They are full when I’m there. Suggestions?

We usually recommend our customers and suppliers the Nordic Light Hotel in Stockholm.

There is a museum that has an permanent ID exhibition, I think it’s the National Historic. http://www.nrm.se
Also consider the Modern Art museum ( http://www.modernamuseet.se) and Photographic ( http://www.fotografiska.eu )
Artipelag is a new venue for art and stuff, haven’t been there myself though ( www.artipelag.se )

Consider a side trip to Gothenburg. 3h with train. Here you have amongst other things Volvo museum and SAAB museum an hour away. Much friendlier people too

I went to the 3d printed canal house last week. http://3dprintcanalhouse.com/
Not much to see yet, but quite interesting anyway if you are into 3d printing… and it only cost around 4 bucks to get in

Also, the Moooi showroom was interesting as well, if you are into that kind of design. Contact - Moooi

We usually recommend our customers and suppliers the Nordic Light Hotel in Stockholm.

Nordic Light makes sense as a business trip recommendation. It is located right by the central station.
It is really impersonal though and really could be in any metropolis in the world. There are a lot of other hotels with a lot more charm.

I’ll put together a few restaurant recommendations as well, when I have a minute.

Thanks for the recommendations, all. Amsterdam trip was great. Highlights-

I missed the usual tourist stuff, Rijksmuseum, Heiniken Experience, Van Gogh Museum, Ann Frank House… Only so much time and dislike lineups. And only so many paintings I can see…

my map with all the above and more here : Amsterdam - Google My Maps

Considering Nobis Hotel. Found a good deal and looks killer. Like the other recommendations but seem very expensive. I wish someone else was paying for it

Also, considering a day or two trip elsewhere. Tallin? Helsinki? Can’t figure out the ferry service though and how that works. Anyone know?

Hey Richard, just got back from a trip to Amsterdam and Stockholm myself. Wish I’d noticed the poster store down the street from Droog!

In Stockholm, we stayed at both the Story Hotel in Stureplan and the Elite Hotel Marina Tower Stockholm in Nacka. Story was amazing. Great rooms, breakfast, downtown, no room keys, and the restaurant was good too. The Marina is a bit out of the way, but easy to get to from once you figure out transit. Basically, you take any bus or the local train out of Slussen station and then a 10 minute walk. It’s right on the Baltic Sea, so you can also take the ferry. The rooms are standard, and the internet wasn’t great. Breakfast was quite extensive, but lacked smoked salmon. Hellasgården is also a twenty minute bus away if you feel like hiking.

Scania’s headquarters are about a 45 minute train ride out of Stockholm Central in Sodertalje, and they’ve got a free museum with their early trucks, engines, bikes and trains, as well as a small exhibit about their production/design. Call ahead to check if they’re open, as they were preparing for a corporate event when we went. In that vein, Volvo has a more extensive museum and factory tour in Gothenburg. I wasn’t able to get out there, but it looks worth the trip.

The Spårvägsmuseet/public transport museum was great. It’s a fairly large space with plenty of old busses, trams and subways, as well as other transport-related equipment and displays. They waived the admission price for us when we arrived an hour before closing.

The Vasamusset was more interesting than I’d expected. There are lots of bus tours which felt overwhelming at first, but the groups tended to go in waves.

Nobel museum wasn’t great. I was also disappointed by the Moderna Museet and adjacent Arkitekturmuseet.

The Nordic museum is quite large. The furniture exhibit was nice, as was the exhibit on striping.

Didn’t do much in the way of shopping in Stockholm, so can’t advise you on that.

Bumping this thread. Off to stockholm Thursday. Staying the Nobis. Also booked a side trip to Oslo. Will take the train.

Any recommendations for Stockholm and Oslo welcome.

Saw an ad for this place recently on the subway, but haven’t been yet myself: http://www.arkdes.se/ Architecture and Designcenter… it’s out on Skeppsholmen with most of the other museums… a 5 min walk from your hotel.

In Oslo there’s a place a bit out of town, http://www.norskfolkemuseum.no/ . Along with older viking and sheepherding stuff, they also have houses dedicated to more modern ages. Like, what did a room look like in the 50,s 60s, 70s… quite interesting from design POV.
Don’t know much else about Oslo except super expensive seafood down at the pier/opera.

If you need a place to stay in Olso check out Citybox. You don’t pay for anything you don’t need. No TV, but good free wifi. No jacuzzi but a shower. No reception, self check-in. No breakfast, but a map to nearby places. But it is nice and clean, super central and really cheap.