I’m doing a profile on Audi and I wanted to see what others thought of the company. I’ve interviewed people on the streets, car enthusiasts, and some engineers, and now it’s time for me to ask you, the designers, for your thoughts. Who do you think is an Audi driver? What comes to mind when Audi is mentioned? Who would Audi be mentioned with, or is Audi a company that is so unique it stands on its own? All thoughts are greatly appreciated.

If Audi is unique then every car company is unique. With that said I don’t think they’re unique at all. They’re just another one of the Germans with their own niche (sporty, AWD, conservative designs).

In my opinion what they make up for with great engineering and timelessly stylish products they lack in passion and character.

But I’m biased towards the Italians.

Who do you think is an Audi driver?

What comes to mind when Audi is mentioned?

Dieter Rams, sweet wagons, even cooler wagons that are only in Europe (rs6 advant), really plain, fun to drive.

Who would Audi be mentioned with, or is Audi a company that is so unique it stands on its own?

Dieter Rams, Porsche (historically, VW was made by Ferdinand Porsche, VW owns Audi ( the four Audi rings represent the four companies they comprised them self of)). 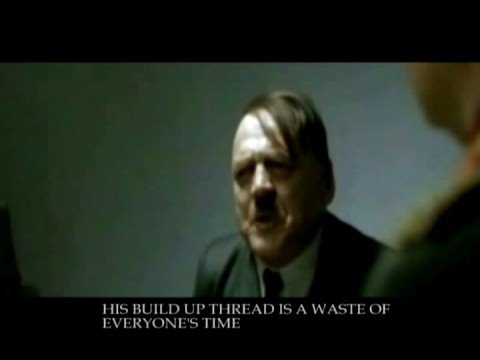 I’ve owned 2 Audis and the A4 was comparable in quality and drive to the 325, but cost less (At the time.) I liked the clean design of both the interior and exterior. I bought my A4 in 96 (the first year in the US) and thought its record in Europe made it a smart buy. People thought I was dumb because they associated it with the 5000. I felt great about the purchase because I did lots of research and I don’t regret it for a second. At the time, I felt that I had a great car that not many other people had, which greatly raised its value to me (it’s obviously become a much bigger brand since their low just before then with the 5000 PR mess). I loved that car and it never gave me an ounce of trouble over 12 years.

I felt attached to the brand, but they have blown it for me with their 2009 nods to BMW. I would get an 08 A4, but not an 09. I also liked their limited model range and was supremely disappointed by their jumping on the SUV bandwagon. Their wagons were all the SUV I would ever care to have. They formerly stuck with the wagon while BMW defaulted to the X series. I liked that. I guess I felt that Audi maintained a sort of stubborn maintenance of their brand which I found lacking in BMW and Mercedes. I’m so down on many car designs now because I don’t see the heritage… The styles change with the wind, and I think that’s weak. Audi appears to be falling into that trap now. My loyalty is lost on that.

Great way of putting it!

I’ve always loved Audi because to me they seemed to be the underdog of the 3 German marques. I had a 97 A4, and loved it. It was a bit temperamental in terms of maintenance, but the Quattro performed better than most AWD systems I have ever driven, including Subaru’s. I loved the simplicity of the design and the tiny little engineering pieces they’d put into it. If I could afford a new S6 I’d get one. (Or even the S5!)

In terms of where they are headed, I think the R8 is easily one of the hottest sports car/super cars I’ve seen in years. The Q7 was a disappointment at first, but now I really like the looks of it. If I were ever going to buy an SUV, I’d get that one. Add the intrigue of the S and RS series (RS4 Avant?? Come on!!) and those LED headlights are just amazing to me. As a fan of LeMans racing the fact that Audi pulled out because they won too much, then decided to race with a diesel and kept dominating just goes to show you what the cars are capable of.

On that note, I fall perfectly into what Yo described as the typical Audi owner. Those who care over those who care what people think.

I agree with the general tone of the comments. I drove BMWs for years, and loved the handling, engine and tranny, but they lost me with the Bangle cars. However, the new 3 series coupe would be in contention if I were in the market for that kind of car. Switched to Benz for my next car. They feel safe as houses, but aren’t particularly exciting and for awhile some Benz interior parts seemed pretty cheap looking and feeling. Now I’m driving an '07 A8.

I’m not crazy about the gaping mouth (liked the early version better, but will admit that it was pretty generic) but other than that I love the subtleties of the design. The surface development is just sooooooo right. Every time I walk out to it in a parking lot I feel good all over again.

The interior is luxurious in a very understated (for that class of car) way, and the fit and finish are second to none. The same is true of the exterior. It’s a very nice way to take a long trip or just drive to the grocery store. It’s not exciting, but I’m not a boy racer type anymore.

Having said all of the above, for me the icing on the cake is that unlike a Benz S-class or BMW 7 series, it flies under the radar rather than shouting, “Hey! Look at me!”

I’d agree with all of these except “Product over Brand”, or maybe I’m not interpreting it correctly. I see is the otherway around for Audi. They have a very tight brand, and only develop products that fit well into that brand. As opposed to, say MB, which it seems will develop anything they think they can sell, brand be dammed (ie. R Class Minivan thing, the old C-coupe hatchback, etc.).

I’d also certainly use the word Subtle to define Audi. They are as well, I believe certainly the most Germanic/Teutonic of the German car companies in style and branding.

I feel like you are really getting an upper middle class view point on the company here!

From a design perspective, I view Audi like all the other German brands (apart from Bangle BMW): safe. Audi is probably most representative of this trait since the '95 Merc E class started to make their cars more dynamic.

In terms of other company’s design strategy, I think I would compare them most to Nike. Maybe I’d call it “Subtle but active”. When I look at sporting goods, Nike’s always seem simplest. They seem to use one less color on their shoes versus the competition. Their watches have one less gauge or button than others. I think Audi is the same way.

Audi’s are for BMW buyers who don’t want to be seen in a BMW.

What’s the relation to Merc drivers? Audi is for Merc drivers who want to be seen as active, right?

What’s the relation to Merc drivers? Audi is for Merc drivers who want to be seen as active, right?

It’s also simply the default luxury brand with a few exceptions (e.g. the CLK63 Black Series, which is just insane!). If you’re not really into cars and don’t want to have to think about your purchase, you buy a Benz because everybody KNOWS they’re the best and highest status mass produced car. 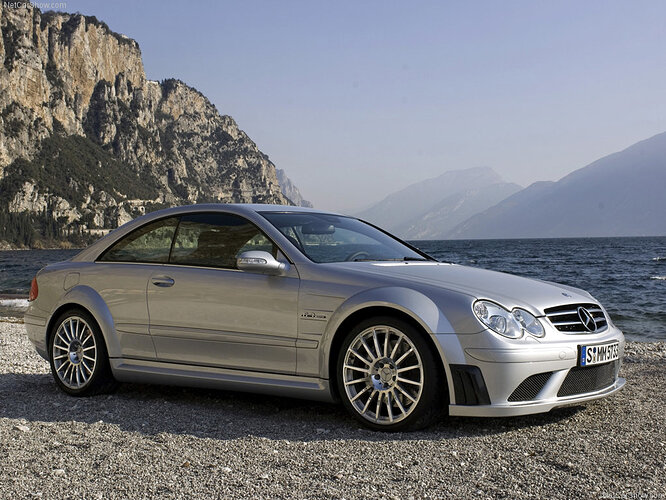 I feel like you are really getting an upper middle class view point on the company here!

From a design perspective, I view Audi like all the other German brands (apart from Bangle BMW): safe. Audi is probably most representative of this trait since the '95 Merc E class started to make their cars more dynamic.

In terms of other company’s design strategy, I think I would compare them most to Nike. Maybe I’d call it “Subtle but active”. When I look at sporting goods, Nike’s always seem simplest. They seem to use one less color on their shoes versus the competition. Their watches have one less gauge or button than others. I think Audi is the same way.

I don’t think so.

When the late 90’s A4 and the 2000 TT rolled out they were not safe designs. The reset the tone of the company (actually you could argue the 1994 Audi 80 and 90 started the reset). It was a fantastic direction for product to take and you don’t walk away from something like that. It takes commitment and restraint, and neither of those two things are safe. They should move to a Porsche like approach.

I think Audi has created a brand more analogous to Apple than Nike. They have a core group of believers who “get it”.

Yo: I think you are right. I’d like to replace the word safe with restrained.

I think the brand maybe more like Apple (I honestly don’t know). I think the design is more like Nike. To me, Merc would be a dress shoe, BMW would be Oakley, Audi would be Nike.

A small aside here on the “safe” TT… I recall hearing something soon after they came out that they were “flying off the road” and they needed the rear spoiler. Anyone else recall hearing that?

I agree with your comment JWH about Merc being the default luxury brand. It does have a certain status above that of Audi and BMW. If you roll up in an S 600, you’ve got money. Plain and simple. I don’t get the same feeling from the 7 series or A8, even though both companies make similarly priced models.

NURB: yeah, I remember that. It reminded me a lot of the Corvair in that respect. No one would drive a Golf GTi around at 100+ mph on twisty roads without being conscious of the danger. That’s what happened with the TT accidents. I think all of the aerodynamic accidents occured when drivers were going 80-110 mph, usually in the wet, on twisty and hilly roads. Pretty much a recipe for scraping any car.

For those who don’t understand, aerodynamics really start effecting a car above 65 mph, both in terms of drag and lift (like a plane’s wing). The TT is vaguely wing shaped, which gave it more lift than other cars. Since the car is front heavy, this really reduced the grip in the back. When driving at high speeds, spins could be induced very easily.

The old TT had an ugly little wing tacked on the trunk to reduce the lift in the rear of the car. The new TT is more resolved, using a a wing that only comes out over a certain speed.

MB as default: I wonder if this is a generational thing. I can’t imagine friends ever wanting a MB. It’s kind of like desiring a Buick. Any others feel this way?

MB as default: I wonder if this is a generational thing. I can’t imagine friends ever wanting a MB. It’s kind of like desiring a Buick. Any others feel this way?

I can’t imagine myself ever purchasing one. I think mine is a value thing first, image second. There are a lot of better cars out there for less money and I don’t like the mercedes=rich/classy instand cred many buyers think it gives them. There’s no creativity in buying a mercedes if you have the money to… It’s way too obvious.

I might be an idiot but, for similar reasons, I will never buy an iPod.

Even though I’m still 14 and that I haven’t driven any car before,
I personally like Audis.
What attracts me is their concept design: it’s modern but simplistic, which is very much my style.

If I move back to Europe, I’m buying an rs2.