Human activity is likely to increase global temperatures by 1.8-4C over the next century, scientists warn.

Scientists and economists have been offered $10,000 each by a lobby group funded by one of the world's largest oil companies to undermine a major climate change report due to be published today.

How do you feel about this ryan? Other than it being awesome.

Thanks for posting this information. I only skimmed over it, I’m looking forward to reading over the entire report when I get more time.

it’s awesome that the report was published

it’s more awesomer that the major news outlets deferred to stories of celebrity haircuts, i-phones, and more importantly the cartoon siege on Boston.

and the disinformation scheme i linked to, the awesomeness of that situation is just immeasurable.


But this is just the awesomest.

A majority of Americans agree with most scientists that the Earth is getting warmer, but they are divided over the seriousness of the problem, according to surveys conducted by Jon Krosnick, professor of communication and of political science.

Seriously though, when Gore gets on stage at the Oscars and announces his candidacy that will be the awesome on the cake.

I agree that the scientists have their hands full with raising awareness.
Especially when our automakers are pushing larger-sized vehicles.

The market and trends are mostly driven by demand. There are plenty of companies that have “green” environmental products. Yet, how many people do you see actually wanting to be a part of the movement?

Definitely part of the problem is how good the marketing effort is with industries that aren’t particularly earth friendly. For example, check out how many countries are supplying Hummers:

Like how they show it galavanting through the countryside? Behind it is a bunny with its head crushed.

Being self-sufficient and “green” isn’t something people care about for some reason. It’s like they care more about Britney Spears than environmental issues. Unfortunately, it’ll take a disaster before any action is taken.

Hell, New York was home to one of the largest blackouts America has ever experienced, during an industrial design convention. You would think that would spark something to make us aware. If it happened again, will we have learned how to live without public electricity . . . 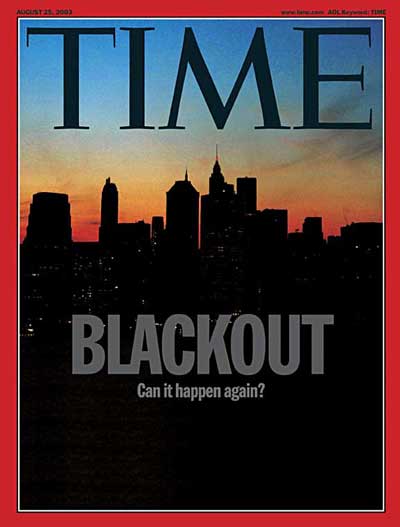 Would you also put the new full size Toyota Pickup and FJ in the same group with the Hummers?

Well, I would, but there’s no room. Those spots are taken by the best selling cars in 2006, the Ford F-Series and Chevrolet Silverado pick ups: 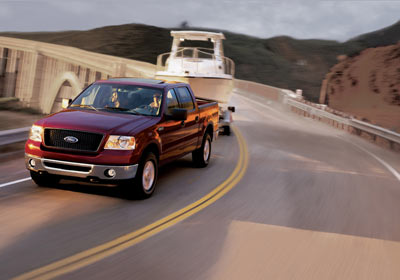 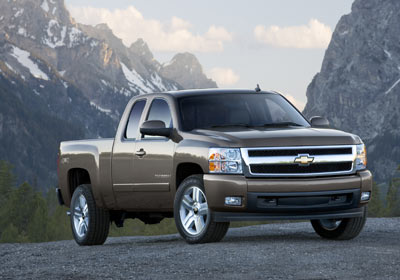 You are saying it is OK for Toyota to design, engineer and market vehicles targeted at this class? (with equal or less fuel economy )

sorry, I was being a smahtass.

But it really isn’t okay for any company manufacturing products KNOWN to adversely affect the environment.

It’s a wicked argument only because fuel economy isn’t really a priority, in my opinion. Cars of late have traditionally made between 20 and 25 mpg. It’s been that way for years:

America is the largest consumer of oil in the whole world:

We also have the most roadways per mile than any other country:

As a result, we’re also increasing our carbon emissions:

But I bet you this, you’ve seen a commercial telling about the consequences of weed rather than something to help you be more environmental.

Our priorities are somewhat skewed.

The real issue is the consumer. If they do not buy it, the car companies can not afford to make them.

Most consumers buy the wrong car for the specific application. More people need to walk a litle more, or ride a bike now and then.

I agree, the US needs a new “manhatan project”. Like you mentioned, we should be working on some form of transportation that is better.

Isn’t that funny though?

The Manhattan Project resulted primarily because of the Nazis. If we hadn’t found out about their secret atomic bomb plan, who knows what would’ve happened.

But, that again is part of the problem as well. The government sees no need to do any research or development as intense as the Manhattan Project when it comes to environmental issues. Why? Because their is no perceived threat of our imminent destruction.

And the consumer? Well, the consumer is too busy being bombarded by fluff to give a hoot. Commercials on television care not about the state of our surroundings except to make them more pretty.

The consumer is happy without a care in the world about the sky letting in harmful UV rays and no way to get out:

In short, U.S. exports are declining versus imports across the board, while its growth depends on foreign lenders (primarily in Japan and China) to finance the excess consumption.

Two factors explain these unexpected trends. The first has been at work for a long time. It is the gradual construction of the global economy in an asymmetrical form. For the United States, globali-zation has meant building its economy into a giant consumption machine. Easy consumer credit, home-equity loans with tax-deductible interest payments, markets largely open to imports, policies that emphasize growth through demand management and accommodative monetary policy, and myriad other incentives have led Americans to save nothing while both households and government borrow at record rates. This is often justly criticized as excessive. But it is important to understand that American buying drives most of the world’s growth because the United States is virtually the only net consuming country in the world.

Globalization for most others has meant export-led growth. Particularly in Asia, “catch-up” development policies have focused on creating production and export machines. There are many flavors, but most Asian economies are characterized by relatively low consumption, savings rates of 30 to 50 percent of GDP, government intervention in markets, managed exchange rates, promotion of investment in “strategic” industries, incentives for exports and accumulation of chronic trade surpluses along with large reserves of dollars.

If everyone can just do a little of this, it would be a step in the right direction, right?

If everyone can just do a little of this, it would be a step in the right direction, right?

It would be a great step. But, when it comes to reform, the first step is typically the hardest. The opportunity to make money has to precede the positive environmental benefits.