Thinking of getting a new ride

So, I’m thinking about trading in the TT. It’s got 85k miles on it, still looks and runs new, but I figure I might want to quit while I’m ahead. I’m really not sure as I do still love it and I have not had any major problems… yet.

So I started to compile a list of vehicles I would replace it with. To narrow it down, sports car or GT coupe, modern because I drive 60 miles round trip per day and have a combination of crappy highway and back roads, and traffic, so it needs to have decent gas milage and modern features (blue tooth, iPod connectivity and so on). 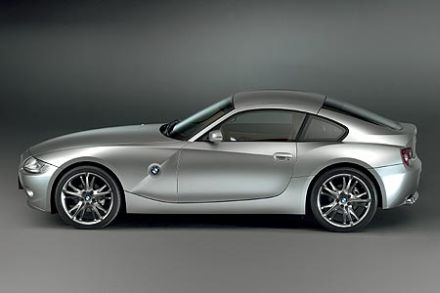 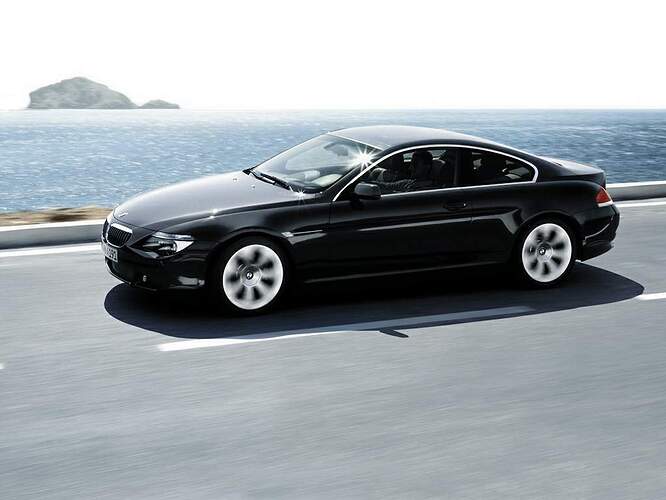 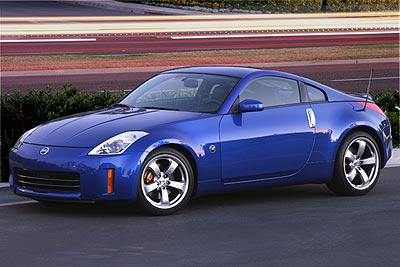 New 370z (I know I crapped on this car when it first came out, and I still don’t car for the lights, but it has great proportions and presence): 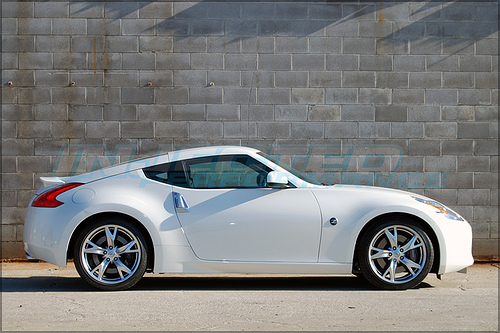 and I’d like to throw and American in the running, so The Doge Challenger: 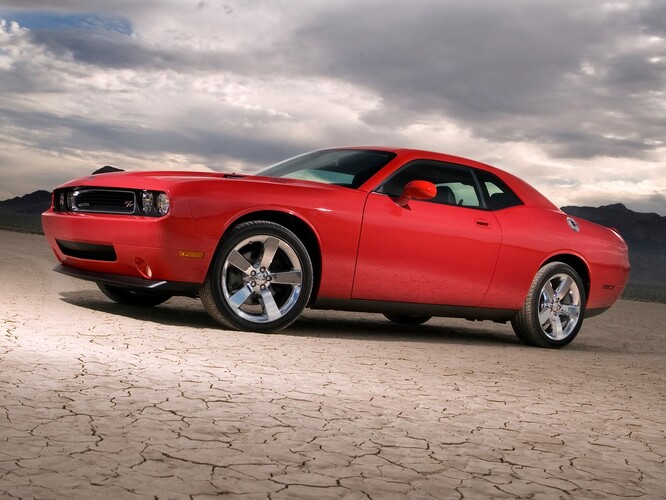 dodge-challenger-rt-2009-774749.jpg1024×768 228 KB
I don’t think Toyota, Lexus, Honda, or Acura has anything for me. I’m not going to go Korean with the Hyandai Genisis coupe. If I went Audi I would just get another of my generation of TT but the the coupe this time, newer year, less miles as I’m not really a fan of the new one and the A5 just isn’t me. Mercedes doesn’t have anything for me. I like the older Infinity G35 coupe, but I think I’d rather have the Nissan z… did I miss anything? Any thoughts?
rkuchinsky January 22, 2010, 7:21pm #2

Out of your list z4 coupe wins by a huge amount, IMHO.

all nice R, but I can’t see myself in any of those really.

Personally I would also take the 335i over all of those. The 6 series is nice but I’m wondering what you’ll find in your price range - as well as the fact that it will probably have the most expensive maintenance out of all of the above and is a bit portly.

Z4 I guess would be as practical as the TT, but I can’t say I’d want to be in a car that small for that much commuting.

Challenger…no way. Exterior design aside they’re really just heaps of crap. The interior is so godawful you would hate yourself daily and it drives like a 4200lb car.

If I wanted a GT car that got good gas mileage and had good street manners I’d get a C6 Corvette coupe. But that’s just me.

3 series is just not me. I like my cars a bit snoutier in proportion and less practical. the coupe has great lines to it though. I like them a lot, I just don’t see myself in one.

6 series are not super expensive used. I can afford one with about 50k miles. It is a bit big for me, and an oil change costs you. Used z4 coupe I love because they have a very unique roofline and you just don’t see many of the coupes. I see a bunch on cars.com with low miles in the mid 20’s. Not bad.

Looking at the Challenger online, your right, the interior is really not me. The Camaro has a great interior, but the outside is a bit audacious for me. The Mustang I like a lot as well, but maybe a bit too subdues and you see a lot of them… where is the Pontiac Solstice coupe when you need it. Again, there are things I lie about all 3, but I just can see myself in a Nissan 350/370 much more easily.

I’m not sure if I’m going to pull the trigger at all on this, and if I do it will be a few months, but I’m mulling it.

I know you said you like the Nissan Z series better but the updated G37 coupes are really nice.

My votes on the Z4. It has character to it that has been completely erased in the latest generation surface language. I doubt that BMW will be this adventurous for a while. I think that the coupe will be very valuable in a few years.

Used 911, would need to be air cooled to be extra cool, (non-turbo 3.2 Liter unless you like paying a lot on maintenance). You can find Cayman for around $20k also to be had are Lotus Elise (Honda or Toyota motors in some). Another not on your list BMW M5 (used). The Z4 is a really fun car, but when I have driven them they have limited head room on entry and exit, and the blind spots are large. The rear window is very direct so you need to guess when changing lanes that nobody is there. So go test drive one. I like the 350 and 370. The 370 is nice and you can get what all you want on it. 350 are just now getting really abused by second and third owners so you can still pick one up unmolested.

I am sure you are aware that your Audi will need a new timing belt in about 5,000 miles, and at only $1,500 approximate it is a pain. Then you will need new brakes soon too, maybe calipers ($$$$$). If it were me, I’d also be picking out the new replacement.

I have the Z4 roadster and love it. I find it quite spacious inside (5’11 avg weight) and has the ability to carry a full cart of groceries AND still maintain top down functionality. I have also fit 444 cans of beer in my z4 in case you ever need to know that.

The other reason I went with the BMS z4 is because of the 100k mile service warranty and 50k parts/labor warranty. So the cost to own my z4 is actually a bit less than owning my GTI. You can even get a low mileage M roadster now for a very good deal. I would look into off lease CPO’s. It uses the old 3.0L engine, the same as found in other 3 series which means it’s been around for awhile and is super reliable. I have over 65k on mine with nothing but oil changes in it so far.

I would stay away from Porsche, they’re $$$ to maintain and hard to do the simple stuff (oil changes) on your own.

Lurk on Zpost and z4 forum, you may find someone selling a good one on those sites for cheaper than what you’d find on cars.com.

Also look at completed auctions on ebaymotors to get a good idea on what the cars are actually selling for.

I like the Z4. Such an interesting car to look at. Can you fit your doggy in the back though?

I would stay away from Porsche, they’re $$$ to maintain and hard to do the simple stuff (oil changes) on your own.

You can do oil changes yourself, you need a garage and the ability to remove a wheel to do it. So floor jack, jack stand, torque wrench, oil pan etc etc. But they are around $300 from the dealer and it is for 16L of oil of every 10,000 miles (dry sump uses a lot more oil). (16x $7-12 for a liter of synthetic oil is so for oil it would be $112 to 200ish to DIY it and you would need a filter or two). So I’m saying you can do simple stuff but if you lack the basic skill set and space you are not saving any money or time doing it.

Have you considered the Mercedes-Benz SLK? Might be a little bit old dude for you but there is no denying it’s a solid ride.

From the Consumer Reports review: “The SLK delivers top-down motoring without the usual convertible compromises of poor rear visibility and pronounced wind noise. It features an electrically retractable hard top that stows in the trunk but limits cargo room. The seats are very comfortable, and the head restraints feature optional neck-level vents that blow warm air. Our tested SLK350 had a strong 3.5-liter V6 with a sporty engine note. The manual shifter and clutch are user-friendly. Handling is agile, yet the ride is relatively comfortable. Reliability has been average.”

That Z4 is a beautiful machine. THe lines and proportions are near perfect.
I just noticed when I looked at the Z4 pic you posted that there is some definitite commonality between BMW cars and motorcycles.
Check out the gas tank on my R1200R. 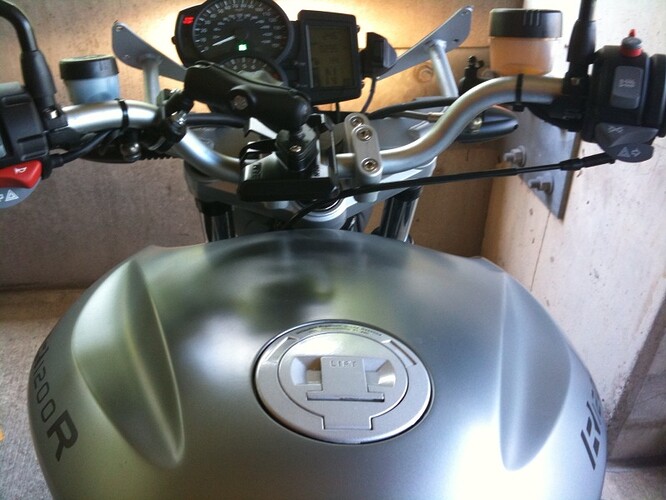 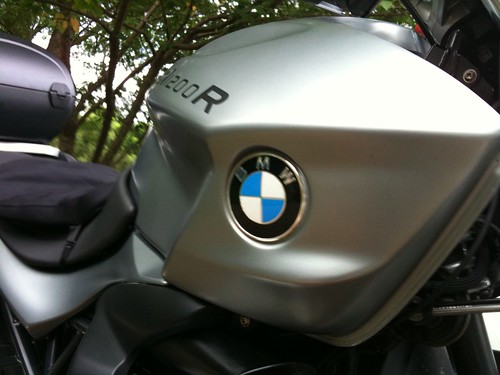 Back to your original question: I like the wagons and I like diesels. My GTi had a bad electric system but I do like the new Jetta Wagon diesels.

For a more sporty option I would go with the Z4 or Audi A3.

Keep the TT.
85k is nothing.
The money you’ll spend to keep it in good shape for another 10 years is pretty slight compared to the cost of a buying a different car.
Plus, by then you’ll have the only one around.
Its already a classic, and I know you’re a fan of design classics.

That being said, I’m surprised I don’t see the Mini on your want list.

i agree with robin. i hang onto my cars a pretty long time because i’m really picky about what i expect, performance and styling-wise.

if i were going to chose one of those, based on performance, reliability, aesthetic and sheer driving enjoyment, i HAVE to say Z4 coupe, hands down.

those nissans are nice, but the build quality is really lacking, primarily fit and finish inside.

i see the z4 coupes a lot here in LA, and they have a distinct stance and presence i love. i drove one last year and now lust after them.

That being said, I’m surprised I don’t see the Mini on your want list.

He’s already got one

wow, kinda surprised you like the Z cars over the S5 and 3 series coupe. wouldn’t have guessed that.

also kinda surprising there actually aren’t more cars in this segment. what about thinking outside (or into, as it may be) and going for something like a MB G wagon. A friend of mine recently traded in his TT (same gen as yours) and I was initially suprised, but design-wise can see the connection…

only things I can think of that haven’t been mentioned (but can’t see that would be a good fit) would be a Mazda Miata/MX5, Honda S2000, or SLK).

Doesn’t look like the open air is part of the criteria.

I like the Z4…but not as much as I like the M Coupe. But I’m a slut for horsepower.

I still say get a Corvette! 30mpg highway!

I still say get a Corvette! 30mpg highway!