The owner of a British green energy company (ecotricty) has put together the ‘a-team’ of British automotive engineers along with Â£200,000 to design a electric super car from off the shelf parts

Take a look over here

Oh, some kind of hybrid. I thought you meant the vehicle they made over at Delft that’s solely powered by wind and can travel at 64% of wind speed into a head wind.

Has anyone ever tried a sail car? I guess your vehicle would have to be pretty stable to avoid rollovers, but the idea is kind of fun.

Has anyone ever tried a sail car? I guess your vehicle would have to be pretty stable to avoid rollovers, but the idea is kind of fun.

yeah you would a large outrigger 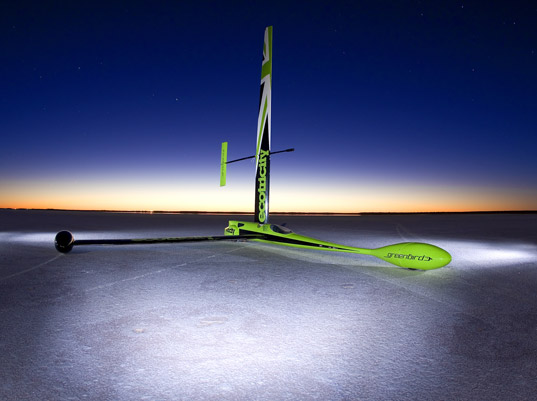 And you’d have to hope the wind is in the right direction!

Dale Vince is an intersting character and i love what he is doing. A major and recent development in battery technology could make electric cars on a mass scale a near future posibility.

See the link to an article breifly outining the technology and how it enables a battery to be charged in a matter of seconds and minutes rather than hours. 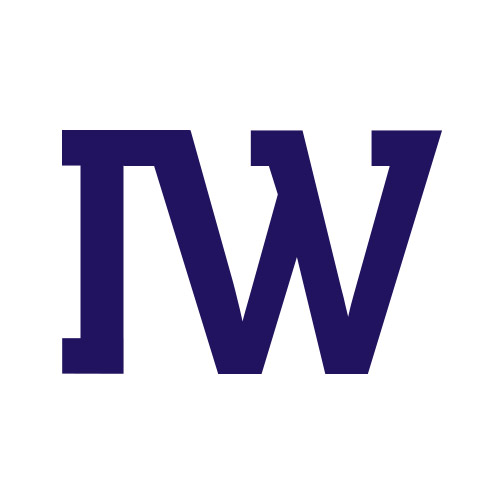 InformationWeek, serving the information needs of the Business Technology...

As a side thought, this could be a technology that would fit in with the existing fuel filling station infrastructure. Instead of a petrol pump there could be an electric ‘pump’. As Dale points out, the oil companies have a great deal of money invested in the current filling station setup and supply arangement throughout the world. By introducing an electric ‘refilling’ or recharging solution that would fit in with current refueling stations it may encourage take up of electic vehicles, and ease any political pressure there may be against them. Or is that too optomistic?

By introducing an electric ‘refilling’ or recharging solution that would fit in with current refueling stations it may encourage take up of electic vehicles,

I’ve said this before, but I’ll repeat it.

Generate H2 at the wind turbine. Stick the H2 in a pipeline and pump it to your filling stations. We could also modify the existing natural gas pipes to accept H2…why not?

This works exceptionally well for non-consistent energy production, as the electricity generated off-peak may be lost in current installations. BTW, it’s worth noting that you can’t just shut a power plant down. Therefore, you can’t just shut them down and depend on wind off-peak.

BTW, it’s worth noting that you can’t just shut a power plant down.

Huh? Of course you can shut down a power plant.

Mr., You mean you can not just “turn off” a power plant, like an electrical circuit, and then instantaneously turn it back on when you need power again … right?

From work I have done of PG&E (Pacific Gas & Electric) I am familiar with Helms Pumped Storage Facility, located in Fresno County, California. Helms consists of three units. The facility operates between Courtright and Wishon reservoirs, alternately draining water from Courtright to produce electricity when demand is high, and pumping it back into Wishon when demand is low.

“Pumped storage hydroelectricity is a type of hydroelectric power generation used by some power plants for load balancing. The method stores energy in the form of water, pumped from a lower elevation reservoir to a higher elevation. Low-cost off-peak electric power is used to run the pumps. During periods of high electrical demand, the stored water is released through turbines. Although the losses of the pumping process makes the plant a net consumer of energy overall, the system increases revenue by selling more electricity during periods of peak demand, when electricity prices are highest. Pumped storage is the largest-capacity form of grid energy storage now available.” _ see: Pumped-storage hydroelectricity - Wikipedia

Huh? Of course you can shut down a power plant.

Mr., You mean you can not just “turn off” a power plant, like an electrical circuit, and then instantaneously turn it back on when you need power again … right?

LMO: You are right, I’m a horrible communicator. I’m glad to hear someone is using the water tank energy storage system. That is a super intelligent use of existing tech. mho.

There’s a similar plant in North Wales, UK. Dinorwig Power Station. You can go for a tour round it… it that’s your thing. Exactly the same principal as the station in California that Lmo mentions.

Does anyone know the production efficiency of the energy from H2 compared to an electric solution. For example it takes about 1 unit of energy to produce 5 energy units of petrol. (i think that’s right).

The energy efficiency of water electrolysis varies widely. The efficiency is a measure of what fraction of electrical energy used is actually contained within the hydrogen. Some of the electrical energy is converted to heat, a useless by-product. Some reports quote efficiencies between 50% and 70%[1] This efficiency is based on the Lower Heating Value of Hydrogen. The Lower Heating Value of Hydrogen is total thermal energy released when hydrogen is combusted minus the latent heat of vaporisation of the water. This does not represent the total amount of energy within the hydrogen, hence the efficiency is lower than a more strict definition. Other reports quote the theoretical maximum efficiency of electrolysis as being between 80% and 94%.[2]. The theoretical maximum considers the total amount of energy absorbed by both the hydrogen and oxygen. These values refer only to the efficiency of converting electrical energy into hydrogen’s chemical energy. The energy lost in generating the electricity is not included. For instance, when considering a power plant that converts the heat of nuclear reactions into hydrogen via electrolysis, the total efficiency is more likely to be between 25% and 40%.[3]

H2 is not like refining oil, you get less energy out than you put in.

From an environmental point of view, the value of Hydrogen (H) is that when it oxidizes the combustion by-product is water. But the pollution generated by hydrogen fueled vehicles is actually greater than with diesel, gasoline, or methane, because the production of the hydrogen creates additional emissions.

Hydrogen is considered a carrier because it requires so much energy to “make” via electrolysis. Perhaps another way to think of it may as a form of battery; the same as a stored water facility contains potential energy.

H2 technology; hydrogen reacting with oxygen (in a fuel cell) to create electrical energy to drive an electric motor is the cleanest automotive power source. But only if it is generated using hydrodynamics, sunlight, wind, tidal, bacteria, farm waste, or other latent source. And at the present time, this form of production is such a low percentage of the total worldwide generating capability that it isn’t really viable. Which is not to say that it will not be.

Personally, I find it really useful to make my voice sound funny

Thats why its more efficient to put the electricity generated straight in to a car instead of using it to get the energy out of something else first.

Wolfman: I’ve never seen one, but a H2-battery hybrid would be pretty smart. Zero emissions around town on the battery (charged at home), zero emissions on the highway burning H2. That would probably work out pretty well.

Wolfman: That was my angle too. With H2 being a seemingly inefficient fuel (to produce) it does seem a bit of a misnomer. As you say, why not put the electricity generated straight into the car in the first place?

I agree with Lmo; the way you have to view H2 is as a carrier, a battery. In my opinion one of the important factors with regards to powering a car is the refuelling and the time it takes to actually refuel. Currently a petrol car will take perhaps 5-10 minutes to completely refuel and be on the road again. This would be a similar case with H2 refuelling I would guess. Therefore H2 could be seen as a faster way of recharging / replacing a battery.

Traditionally batteries are slow to recharge, a car would need to be plugged in overnight to fully refuel. But with the advent of newer battery technology and the ability to fully charge a battery in a matter of minutes (a similar time as to replenish a tank of petrol) does this not make H2 even more unattractive / unnecessary?

Keep in mind that a good deal of oil is burned during refining. It’s even worse with syncrude produced from things like the Canadian oil sands. More or less, the refining process is reducing the amount of carbon in the oil, that carbon being released as CO2. Bad times. However, the good part is that you can use the energy of the oil to do the refining. In the case of H2, we need to use another energy source to create the H2.

For those A+ thinkers, if you continue removing carbon from fossil fuels, you eventually get H2. H2 is very easy to produce from natural gas. However, you are still emitting CO2 at that point.

You may be able to get H2 from natural gas, but you will not reach the amount needed to fuel a nation. You would need to add an electrolysis process (which is completely inefficient.)

why not work on algea based biofuels. People are now getting it to produce jet grade fuels, it is easy to produce, and puts out a fraction of the gases that oil produces. What is especially nice is that algea farms can be grown in arid poor counties throughout the nation which would work for those that live in poverty.

Alerick: My opinion is that we are looking at a mix of fuels in the future. I like how Natural Resources Canada described H2: an energy currency. H2 can be sourced from a variety of methods and store the value of the energy. That’s what makes it so valuable.

I’m still on the fence with bio-fuels. H2 is actually ready to go. All the technology exists, we just need to implement. Bio-fuels that won’t rob us of most of our food and are efficiently refined are still on the way.

If we shake our asses, I think the world will be much better off in 20 years.

I’m really not convinced about the large scale viability of H2. Bio-fuels offer a solution that fits directly with the current global setup.

As is mentioned there are strong arguments against bio-fuel. There is concern that food crops diverted to biofuels contributes to raising food prices and growing concern about future food shortages. Some of the blame for the increased scale of deforestation in south america is laid at the biofuel door, where land is being cleared to make way for palm oil plants. To name a few.

However biofuel is a broad category. One source of Biofuel production, as Alerick highlights is fuel produced from algea. Solazyme is a company who have developed an algea based on standard marine algea that can be vat grown to produce what they are calling a ‘green crude’. I think this is an attractive solution as the components required are in natural abundance; Salt water and sunshine.

I do agree that we should be looking at a range of solutions for future transport energy sources, in my opinion directly charged EV’s and biofuels are in pole position.