I saw the review of “The Toaster Project” on Core77 today, and in trying to find a local bookstore that stocks it, I found this “Pop!Tech” video on it: 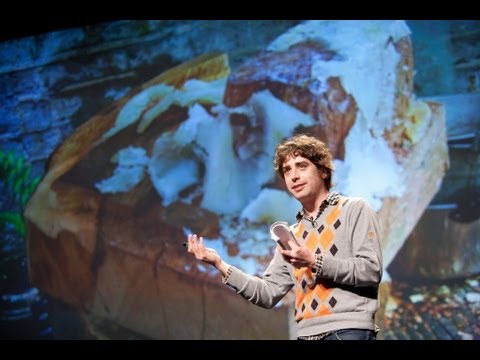 He’s making a Channel 4 series about it (where I think some of the footage came from). Without having read the book (and only having watched the video) I think he should have given himself more leeway when it came to skills and craft: the ‘tree trunk’ mould could’ve been made with much tighter tolerances by using a carpenter. I’m looking forward to the show.

I read the book, interesting but a bit haphazard - someone with more skills could probably have done a better job, the conclusion that “this is why the toaster outer looks so shitty” is not quite true, but good marketing.

His TV show “From Scratch” started the other day here and it’s worth a look, but I feel he’s been styled to be the “crazy maker guy”, it’s a little bit annoying which detracts from the content a bit.
Couldn’t find any youtube of it, but here’s the SBS On-Demand link (don’t know if it is geo-blocked):

Interesting project! I think it is a pretty valiant effort. I think he should have started with something more like a Dualit toaster which is a much simpler electric toaster in the vein of something made in the 40’s and 50’s. No electronics, no real mechanisms, and no plastic, and they are still sold today. But the giant lump of plastic is good for dramatic effect I suppose.

I reference the Toaster Project in presentations all of the time. I love how it simply shows how society takes things for granted, for better or worse. And while it is easier to make lower tech, I can stick a piece of bread and toast it over a fire, that’s not the point. Like it or not, it is an increasingly complex world and it’s our job to make that complexity invisible. I’m cool with that. It is called job security.