The point of dazzle camo?

What is the point of testing the cars with dazzle camo? I mean - what is REALLY the point?

You want to hide the design but still be able to road test the vehicle. I get that. It may then look something like this: 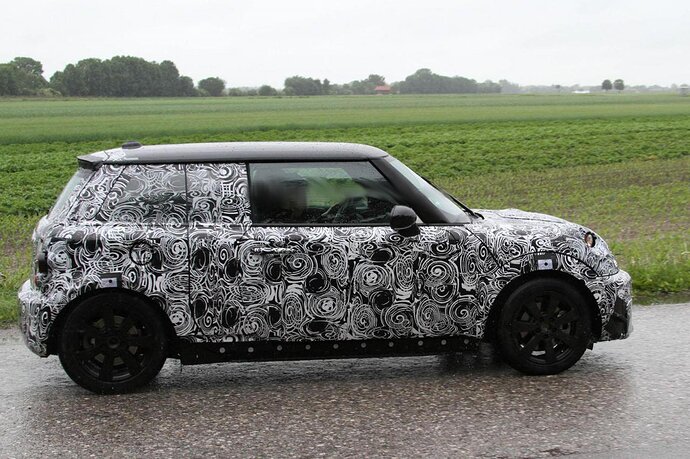 Personally, I have no problem visualizing what the car looks like without that pattern on it. What could the auto makers POSSIBLY hide with that, that is worth the inevitable spike in attention? Or is it actually the attention that they seek? This past year I’ve seen several BMWs with minimal camo like this outside of local dealers. Seriously, who would go “oh damn look at that revolutionary spoiler design” rather than “oh a new BMW perhaps I should check it out”

I don’t think the masking actually masks anything, only draws attention. Am I missing something?

There was a great article from Car and Driver a few years back interviewing a guy that makes them (it was a pretty interesting and good read): The Man Who Hides Cars

"At first, Dan assumed automakers hid their prototypes merely to stump would-be copycats. Turned out there were other reasons. “Sometimes a company just doesn’t want a potential customer seeing an upcoming model and saying, ‘Hey, the new such-and-such is on the way, guess I’ll postpone buying for a year.’ That annoys the dealers. Or sometimes it’s just to hide a technical breakthrough—radical new headlights or something. And sometimes they’re only trying to hide how beat up the mules are. They’re often scratched, with no paint or mismatched paint, bad cut-lines. Some parts are taped on, and there are holes where test instruments have been attached. You don’t want a customer seeing that and saying, ‘Jeez, this company’s cars look like junk.’ ”

Generally the camo comes off as the car gets closer and closer. Early test mules will be wrapped in fabric or with body panels from completely wrong vehicles, but the swirly camo is more of “hey, when you photograph this it’s still really hard to tell what the heck is going on”.

For things like the BMW, likely that is the new “sport” bumper which hasn’t hit the market yet, even though the rest of the vehicle’s been out in public for a while, so they cover that up. You’ll see that a lot, and like mentioned sometimes you’re just covering up the fact that the thing doesn’t have paint or is barely held together by drywall screws.

Thanks for the article j2cervin, very interesting and provided some answers. But I still can’t get over the fact that the pattern only draws MUCH more attention to it, and thus just a marketing trick

but the swirly camo is more of “hey, when you photograph this it’s still really hard to tell what the heck is going on”.

Is it really though? I’m quite confident the form can be read accurately to something like 90%. And how important is it really for some crease line to go undistinguished? Weigh that number against the spike in attention, is it THAT important?

You’ll see that a lot, and like mentioned sometimes you’re just covering up the fact that the thing doesn’t have paint or is barely held together by drywall screws.

That’s my point - why not just do it in matte black or the same as body color, you would likely to have 99.9% not notice the car at all, instead of everyone staring down and taking photos of the swirl camo’d car, trying to make out what it is.

The iBMWs were done with blue swirl pattern. Was that supposed to hide it better, or get more attention on the blogs and automags? 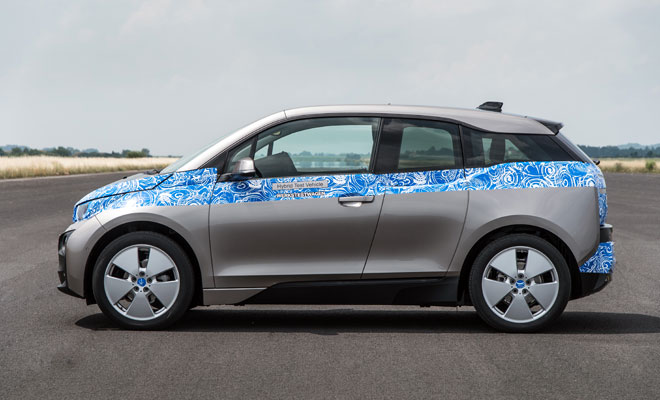 Oh well, perhaps it’s just an effective way to tell everyone “It’s coming! But it’s not ready”. Like all marketing, it gets sickening after a while and I’m at that point with this. At least with the bumper camos…

You do bring up a good point, and I think sometimes it may just be a “look at me” paint job. But I think most times it actually is there to fool cameras. We can usually decipher the 90%, but as we all know the devil is in the details. I think they are only trying to hide small details with this type of paint job. A lot of times it is only to hide small surfacing details (surface intersections and body lines). Take a look at the i8 with the swirl. We know that there is a prominent crease around the wheel well. But just how much is it? Can you even see one at all? Also, is there a line that runs across the body under the beltline? These are the types of details that we as designers know can make/break the final outcome. I know that I would not be able to remodel this accurately to render out and release to R&T. I would be basing the model on several assumptions. 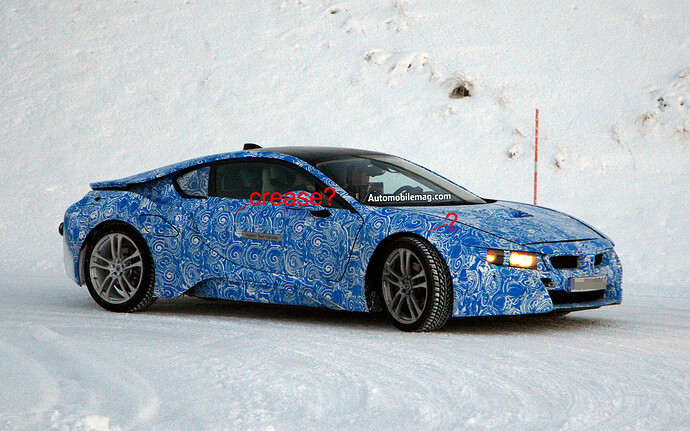 Yeah, I’m no car designer but I’d guess that since most auto styling is concerned with the controlling of reflections on glossy or mirrored surfaces, that a matte swirly ‘dazzle’ pattern makes real surface perception nearly impossible. But I also agree that the “oh DON’T look at me” patterns are marketing-driven.

Like the competition is going to splash your design before you can complete the project you’ve been working on for three years and be in the dealership showrooms before you are. Right.