Siri, Kinect, Google Glass and other new technologies will revolutionize how we interact with computers in the future.

So, what are your thoughts on the article?

Hmmm, the mouse isn’t as necessary anymore for sure, but I hate doing any kind of image / design / CAD work with a touchpad. Maybe a stylus with a tablet screen would be better, but being able to use a cursor and keyboard at the same time is essential.

I use a 3D Connexion SpaceNavigator in addition to my mouse and keyboard when doing design work, but outside of work I hardly touch a mouse.

I don’t see the mouse killer yet. I am sure one is out there just past the horizon, and I would not be sorry to see the mouse era pass. Voice command would render 80% of my mouse activity obsolete, menu picks. For CAD I have also used a SpaceNavigator puck for years for view manipulation, it is limited in what it can do beyond that.

For conservation of movement I don’t see anything as efficient, or positioned as nicely as a mouse.

I’ve grown to love the trackpad for almost everything 2D related, especially the pen tool in Photoshop which I never thought I would like. I’ve been messing around with 3D lately and feel most comfortable with my hefty HP mouse for that.

With resolutions growing, monitor sizes growing and the use of tv’s/projectors for PC use… The mouse is the most viable and efficient tool.
Until computers can start reading my mind then the mouse will forever be the best.

For work I use a Cintiq exclusively, for sketching, CAD, everything.
At home I still use a mouse, but only when gaming or because I don’t have a cintiq or don’t want to use my intuos.
For content consumption I’d say it’s irrelevant, but for interaction and creation, I think the mouse will always be around as a good precise option.

Not so fast with the mouse extinction thing:

"An empirical test of ideas proposed by Martin Heidegger shows the great German philosopher to be correct: Everyday tools really do become part of ourselves.

The findings come from a deceptively simple study of people using a computer mouse rigged to malfunction. The resulting disruption in attention wasn’t superficial. It seemingly extended to the very roots of cognition.

“The person and the various parts of their brain and the mouse and the monitor are so tightly intertwined that they’re just one thing,” said Anthony Chemero, a cognitive scientist at Franklin & Marshall College. “The tool isn’t separate from you. It’s part of you.”: 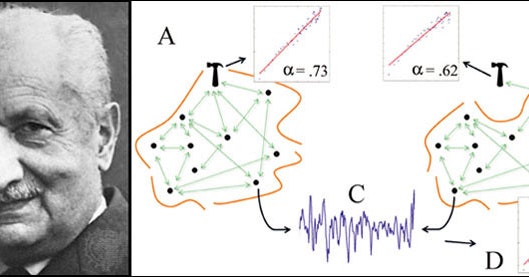 Your Computer Really Is a Part of You

An empirical test of ideas proposed by Martin Heidegger shows the great German philosopher to be correct: Everyday tools really do become part of ourselves. The findings come from a deceptively simple study of people using a computer mouse rigged to...

Siri, Kinect, touchscreen, Project Glass all have a different purpose than a mouse.

I for one hope it never comes to that. It’s not like we all work from home or even personal offices.

Whenever I call some tech support that relies on automated voice commands I give up. And not because it doesn’t work, because I don’t want to feel like an idiot shouting “INTERNET” when a robot asks me “what do you need help with?”

Voice command will never be a popular tool even if it’s 100% perfected. Imagine a company with a room full of designers…

Voice command will never be as common as mouse picks. However, noise cancelling would solve the office issue.

Voice command will never be a popular tool even if it’s 100% perfected. Imagine a company with a room full of designers…

“I want a new direction”
The computer hears as:
“I want a nude erection”

I can see the mouse stop being the default input device to be used alongside the keyboard. Or hasn’t it already happened to some degree? Especially for more casual, home oriented use, I suspect many people have been using the track pad as their main input device on laptops even long before they had multi touch. (Most people have laptops for home use I think.)

Still I think the mouse will have its place, more as a tool for special tasks (just like the wacom, bamboo etc. never became a default input device).

…and looking into what’s to come I guess the pc itself is becoming a tool for special tasks too, while tablets and smart phones will be the most common computer interaction most do.