The most significant ugly car of the year?

I didn’t bother mentioning the Dodge Caliber when I heard about it a month ago. I naturally assumed that Dodge would take the ancient Neon platform, boost the ride height and slap a new name on it. It appears I was wrong.

The Caliber features a couple of interesting design tricks on the inside. First, I like that they are bringing the body colour inside the car. I always loved Bangle’s Fiat Coupe for doing the same thing. Second are the new gadgets, such as a dome light that detaches to act like a flashlight and the swing down rear speakers for picnics and tailgates. Good job Dodge.

Under the hood, Dodge has developed a new engine with Mitsu and Hyundai and gives the option to consumers for a smooth CVT tranny (with a different engine than the manual! Finally!).

The significance of this car though is that it is the first compact cross-over. Not really competing against CRV/RAV4, but not competing against cars like Civic and Corolla either. I think Dodge may have just penned another niche hit. 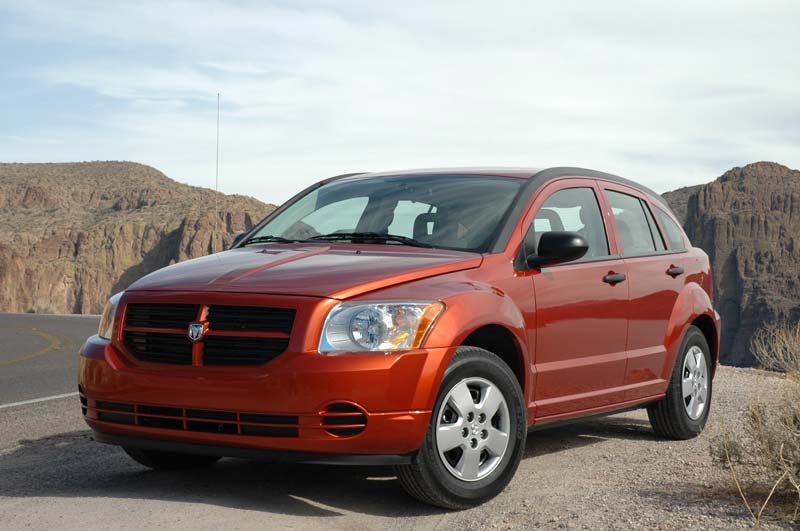 I do like it, but I don’t think it’s really any different from the Matrix/Vibe.

Thank goodness the Neon is dead. However, there is a definate void there. Dodge needs to bring out a $15-$19K sleek sports coupe to compete against the Civic coupe. I mean, seriously, what competitors are there for the Civic coupe other than the Tc?

There was a blurb in the latest Automobile magazine about the void being filled with the neon will be some kind of Jetta/Mercedes Benz based vehicle. No lie. Evidently there are all kinds of cross promotions going on in the auto industry.

I think the Caliber’s interior is more innovative than the Matrix. Other the plastic floor, the Matrix really didn’t have anything else new inside. The Caliber has a few different ideas inside.

NURB: It is interesting the new deals going on in the industry. Ford recently signed up with Fiat to develop a new small car that will turn into the next Cinqcento (500) and Ka. This deal could turn out to be huge, as Fiat makes the best minis in the world, and Ford brings new technology that Fiat may not be able to develop on its own.

just the next in a long list of ugly american cars. Still, it doesn’t take first prize away from this: 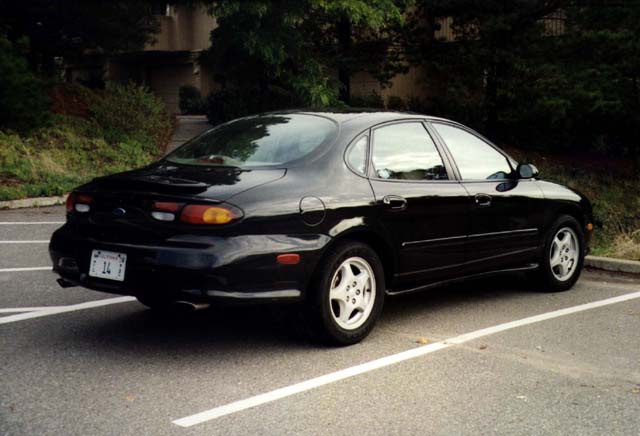 Tripluss, that is a hillarious link/post. The Ford Torus is one of the ugliest American cars to date. Ford and GM are done.

I wish this was the replacement for the Neon. Pretty cool concept car named the Hornet. Supposedly, Kraisler is testing the water for a small Dodge in Europe.

I like this styling. The overall shape is a little Toyota Bb (Scion xb) or Element. However, it has a more sporty feel to it, reminding me of the European and Japanese market Suzuki Swift. To top it off, the designers gave it detailing that make it distinctly american: large vertical grille, the notches below the door that would not look out of place on a tank, the racing stripes. It’s an eclectic mix that is far more successfully executed than I would expect.

Mr-914, I like it! Definately has a Euro look to it - which I think is a good thing. Proportions are much better than the Scion Xb.

Well, I was right! Caliber was the top selling car for the Chrysler group in May:

I saw one on the street this weekend.

shrunk it to a tonka truck size,

then grew it to car sized.

You picked the ugliest photo of an Armada I have seen. However, the thing is well proportioned, the detailing is acceptable. It’s like a big X Terra, which is no bad thing. Mind you, I would never want to be seen near one, but that’s why I drive cars.

The Caliber and the hideous Compass I’ve posted are not very nicely resolved. They have weird lines, weird surfaces, uselessly tiny windows, sometimes large blind spots etc. etc. Having said that, I think the Caliber will continue to be a success for another year at least.

The Caliber wasn’t designed for me, or probably anyone on this board. It was designed for the girl who drove a beat up Pathfinder in University and is trading it in for a “reasonable” car as she begins her first job. It’s a car that is a suitable transition for someone who grew up driving dodgy SUVs.

To those sad souls, I say, welcome home.

I thought “Calibur!” as soon as I read the heading on this thread.

Reminds me of the Subaru Baja or Pontiak Aztek. Overdone and toylike.
It seems like the result of additive rather than subtractive modeling.

I don’t mind it much; certainly not a car I’d ever want to own, but it’s a better work than the Aztek, Rendezvous, HHR, etc…

I’ve seen an unbelievable number of them around town all of a sudden, so I think the original poster is correct – they’ve gotten a niche hit.

The one thing I do like about it is that it’s a much smaller car than it looks like in photos, about the size of a chunky station wagon, but generally narrower. Good to get those Armadas, Escalades and Navigators off the road.

Little off topic, but this could arguably be considered ugly, used a modified Neon plant, bringing a lot of HP for under USD15k - wonder if it’ll ever come to fruition: