The Last Leaf is my interpretation of a minimalist tape dispenser. I wanted to strip away everything there as about a tape dispenser and make it with no moving parts. I also wanted to make it out of a single piece of material.

I began testing with polypropylene with my first concept. 20 or so prototypes later and nothing worked.

I moved on and changed the design completely, originally I had designed it to be a cheap consumer object, but it wasn’t working out. I moved on to acrylic designs and laser cutting. Another 20 tests later and one worked. At this stage, to me, it was a puzzle I wanted to solve as to why only 1 out of 40 worked. So I get another set or prototypes cut out, and nothing worked. The problem was the serration wasn’t cutting, so I looked back on the one that did to try and figure it out.

70 prototypes later, and my 71st piece I had figured it out and ready for production. Here is the result. 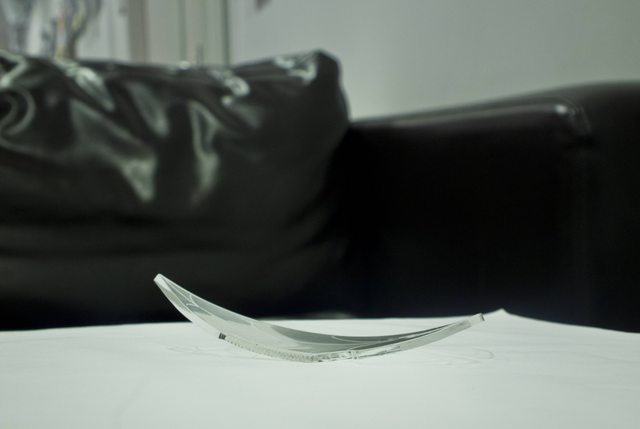 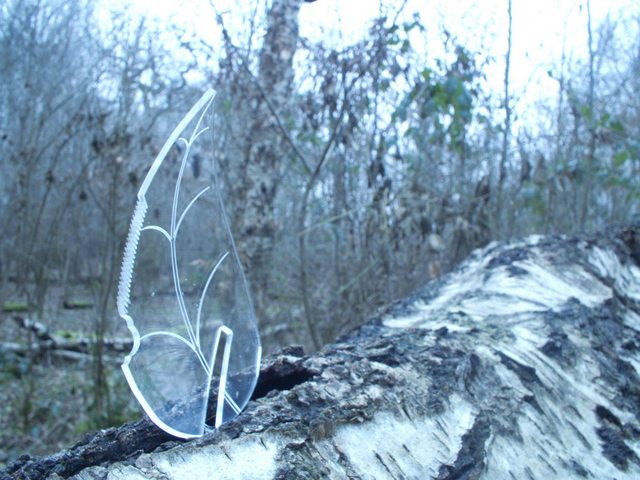 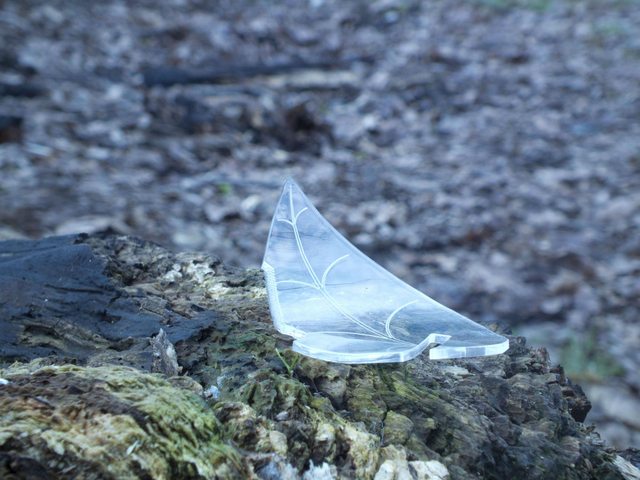 How you use it is pretty difficult to explain, and it isn’t 100% intuitive, but it certainly fulfils its second design feature, it provokes a lot of conversation, mainly, “what is it?”

You can use it with any tape up to 30mm wide, so pretty universal too.

I would show you the .gif of me using it, but imgur doesn’t seem to like the size of it, and it wasn’t well shot anyway, I will make another next week.

Thank you for taking the time to view.

Chris, it would be good to see the tape part of the equation in order to understand the design.

Chris, it would be good to see the tape part of the equation in order to understand the design.

Awww… would you guys ever ‘LEAF’ the guy alone…!

re made the gif as imgur doesn’t like a 20mb gif image.

Filming and doing the motion is rather tricky, hope you can understand a bit more. Silly of me for not putting an image of tape in the first post.

I made some instructions as I realise trying to show a clear bit of plastic and clear tape just doesn’t work. hopefully this will help as well. 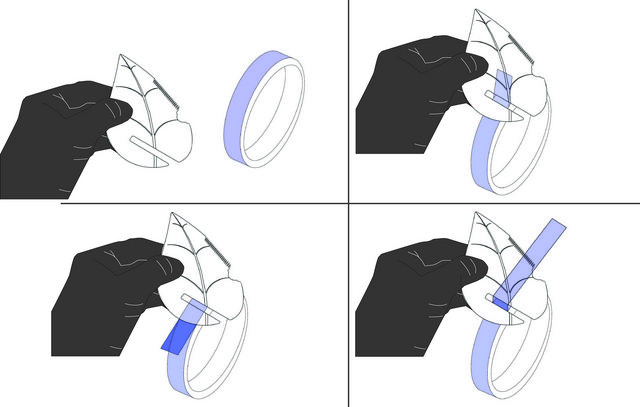 I appologise for my earlier posts as this is an industrial design forum, and well, I didn’t show any process. So here it is.

After initial brainstorming and rough sketching of ideas, I settled on the tape dispenser, and I wanted it to be a functional, simple to use product. I came to the conclusion that a single piece of polypropylene bent around the role of tape with a serrated edge would work, so I went ahead and made a batch of prototypes testing lots of different things. 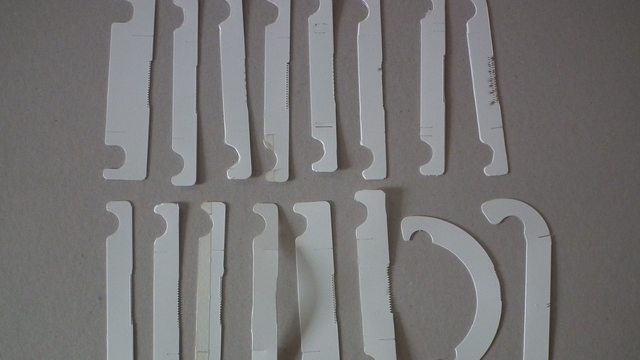 It failed, every single one failed completely, in every imaginable way. I at this point could either change my product, or make it work. Back to brainstorming and looking at other dispensers. Looking at how they worked, why they worked and what made them worked I figured out why mine didn’t. I done this before redesigning, to not waste time and effort on a flawed idea.

A solid material was needed, so I changed to acrylic, again lots of different designs I started to change what I was designing, It stopped being consumer and cheap and it became more aesthetic, even a bit designer. I still focused on function, like all of my design work but kept an eye on the aesthetic, playing with shape and personality. 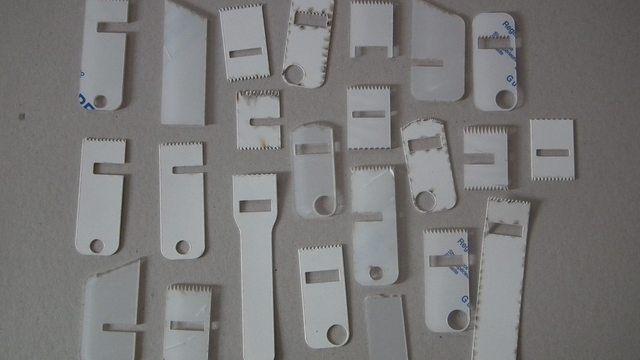 My theory was that it was the angle of the serration, so for my next batch they had the same serration, copy and pasted. I then changed a few to be a bit wider, taller, thinner, less of an angle etc.

None worked. This project became an obsession, grades didn’t matter, other work was put aside and I needed to know why It didn’t work. I used a microscope, endless testing and testing. Two rolls of tape later I realised why. So a new set of prototypes where on their way for the next day… 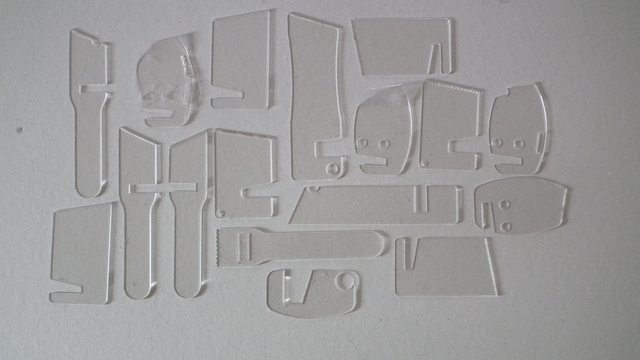 they all worked, I could relax. Now I could look back at what I had designed. I stepped back and looked at the latest batch and I had three options:

I chose option 3 after much deliberation, talking to peers and tutors about it, because of development cost and the more expensive material, making it cheap and selling it cheap wasn’t a viable option. I needed to add value to the product. 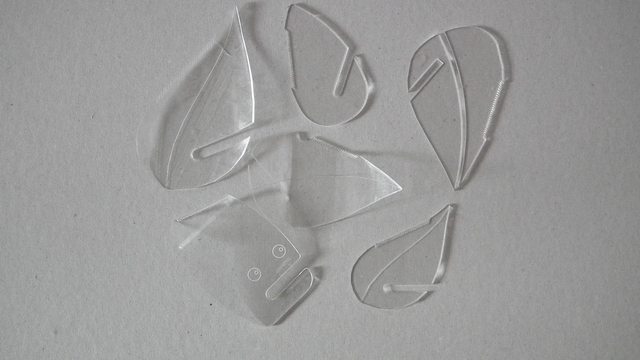 Now I had two options for my aesthetic. The face, which I named “Tape Mate”, or the leaf, which I named “The Last Leaf”. I ended up taking it to vote with everyone I knew and met, and just carried an example of each in my blazer pocket.

The outcome was the leaf, so I was onto Final development of the product, and my final 4 prototypes. 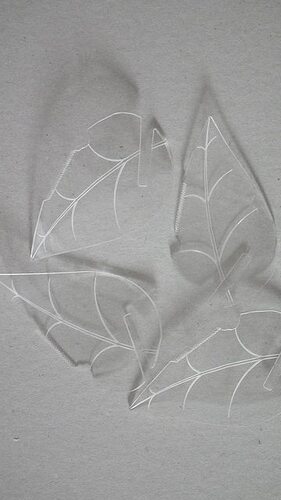 And then onto my final product, a minimalist tape dispenser. I believe it is the smallest tape dispenser for a full size roll. And it is universal, as the roll sits underneath it can take any diameter and up to 30mm wide tape.

Thank you if you managed to read the whole thing, this has been probebly one of my favouite projects so far.

I really like it esthetically, looks beautiful. Just wondering about the functionality and especially how will it lay on the table when not used but with the tape roll attached?

Cool project, but im not so sure this can be considered minimal. It seems over designed in my opinion. I may have missed it, but why is the tape dispenser a leaf?

I guess I wanted to give the product some personality, apart from that there is none apart from a nice shape. a leaf also works with how the tape needed to be cut.

I call it minimalist as it is a single component, with no moving parts. mechanically its minimalist and the bare minimum material needed to make it work. it ended up being an exersize of how small could I make a tape dispenser, whilst still keeping it useable. 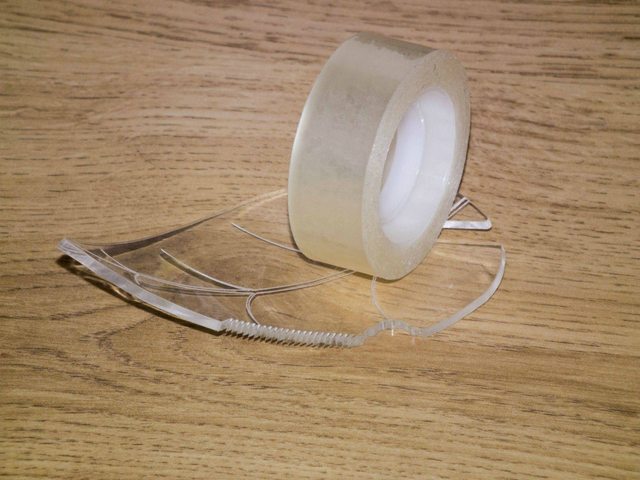 the roll is still stuck to the leak on the underside, and it can sit on a desk/table like that.

Chris, if you place your text between …

[quot-]I really like it esthetically, looks beautiful. Just wondering about the functionality and especially how will it lay on the table when not used but with the tape roll attached? [/quot-] Note: I left out the final “e” so you can see the code.

I really like it esthetically, looks beautiful. Just wondering about the functionality and especially how will it lay on the table when not used but with the tape roll attached?

It’s simpler to click on the Quote button above and copy & paste the text between the brackets. FWIW.