The iAesthetic. What do we think today?

I asked this a couple years ago, but I’d like to see if reaction has changed:

After 6 years, is this still the hottest look out there?

It is def an aesthetic style, but not the HOTTEST style.
What other styles are there?..This might sound foolish, but I need some help here for compare and contrast purposes.

Was Jonathan Ive responsible for the iphone`s design as well?

Anyways, I have to agree that it still isn`t the best design there is. Maybe when the launch comes and people get to “taste” it.

But it sure looks hot!

apple aesthetic reminds me of Jonestown: everyone wants to drink the grape kool-aid.

remember when this was the iLook for about 15 minutes… oh the iMemories: 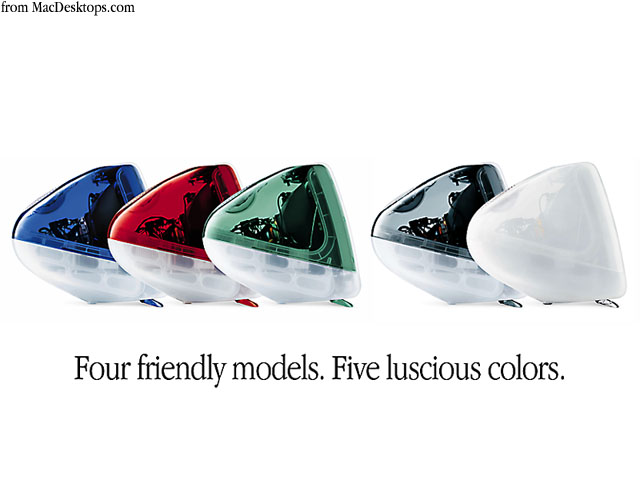 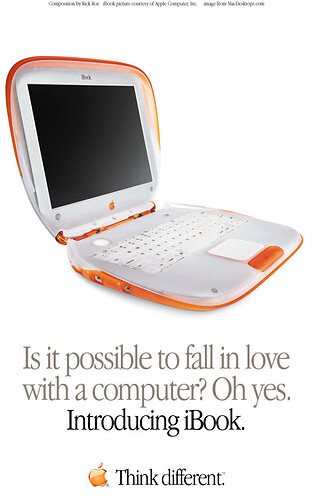 Yo: The reason it was the iLook for 15 minutes is because it was easy to knock-off. Remember all the plastic products where they just started injecting translucent blue into the mold instead of opaque black?

Apple made a smart move with their titanium laptops and chrome/acrylic iPods. They made their products much more difficult to copy because all of a sudden you couldn’t just inject a different plastic. Instead, you had to spend some cash on research, development and quality control. Most people chose to continue the translucent plastics.

The current iAesthetic is evolving for sure…but for how much longer?

After 6 years, is this still the hottest look out there?

I don’t see the simplicity movement running out of steam anytime soon. The natural evolution of information devices will be to become less and less significant until they disappear completely. The iPod shuffle is getting damned close.

CG: I see where you are coming from. Technology is enabling designers to make products increasingly discreet. However, the iPod is, in a way, jewelry:

I also found a ton of painted face plates for the iPod shuffle when I looked for that image. So users aren’t all hiding these products, they are hanging them on their neck. Is silicon the new gold?

CG: I see where you are coming from. Technology is enabling designers to make products increasingly discreet. However, the iPod is, in a way, jewelry:

That’s a great point. In “The Diamond Age” Neal Stephensen imagines a near future that involves a “neo-Victorian” movement. They would carry around fancy pocketwatches, but those pocketwatches could do amazing things.

Perhaps the best analogy would be that Apple becomes the new Nike in that they don’t make things, they make lifestyles.

Apple seems to be a lot more intimate with the materials they use. All the sheet metal they use is resolved well and clean, as is the plastic. A lot of the rectilinear shapes seem to be built around square circuit boards. They have taken the edge off of it recently, softening the edges, but they have not really veered far from their clean aesthetic- infact moving back into more of a comfort zone.

I think that Apple could really change its aesthetic direction and it would not make an iota of difference. The core functionality works like clockwork, and their software experience delivers on the promise of reliable, intuitive usage. As long as this basic promises are not broken, Apple has nothing to prove, and will continue to dictate aesthetic direction.

If anything it would be great to hack the Apple aesthetic- and if Apple designed that in that would be a welcome direction.

It seems to me that the styling of Apple products is the icing on a moist and juicy cake. The basic cake is delicious but unseen and meanwhile everyone seems to be trying to duplicate the icing recipe.

The impact that the styling of Apple products has on sales should definitely not be underestimated.

I think that especially people who have less knowledge of technical and usage aspects are drawn more towards a better look.

My mother, among a lot of other people I know, would never buy a non-Apple notebook, because they’re all big and ugly and grey. However, I doubt she even knows Apple uses different technology in their notebooks.

A large part of Apple’s customers are people like my mother, and would they drop their typical friendly aesthetic it would definitely cost them some big money.

The important leason to take from almost any Apple product is that design is not just an aesthetic window dressing. They have a clear theory about design and how a product should be created.

Look at the placement of the connectors, vents, hinges even track pads and CD slots on an Apple product - it’s all perfect. They have a fanatical attention to detail which extends right down to the lowest level of the production process - an Apple product feels crafted, not mass produced.

Is this something that can be applied by any of their competitors? Yes, but unless they get the attention to detail right, it will always come off as a cheap knock off. You can see this clearly with the original iAesthetic after the first iMac and iBook came out - the designers spent a huge amount of time (years even) working with the engineers and tool designers to place every single rib, boss and clip inside the products in the correct place. Ty doing that at Dell or HP…