The History of CAD poster. 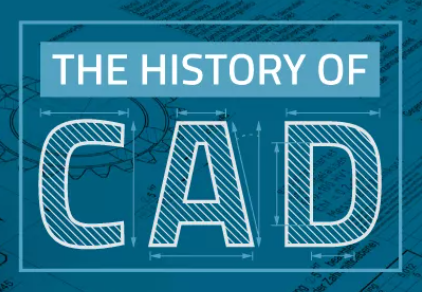 60 Years of CAD Infographic: The History of CAD since 1957

While the History of CAD closely parallels the “History of the Computer,” there have been many innovations and iterations along the way.

Ha. Already out of date. Missing the VR Gravity Sketch that all the kids are doing these days

That’s nice. Fusion 360 is not on there either. It’s not as new as people think and getting pretty big.

By the way, it always strikes me people confuse different kinds of 3D effects for holograms.
Even for the most part, wikipedia seems to have no idea.
My perception professor once showed us a true hologram. It’s an image that contains the whole in all parts. Cut it in two, you see the same image but twice. Cut it in a hundred pieces, you see it a hundred times, just smaller, but same resolution. Well resolution, there is no resolution right because it’s a light field, proving light = space.

These people get it right:
http://hyperphysics.phy-astr.gsu.edu/hbase/optmod/holog.html

September 1996 I was trained to use Applicon Bravo, then CATIA v4 in 1999
Still using CATIA (3dExperience)

cool poster. I created this blogpost 3 years ago https://design-engine.com/past-present-future-of-cad/