The Green, the bad and the ugly

Since we already have the prerequisite Greener Gadgets flame thread, I thought it would be nice to have one posting what we thought were the more interesting concepts. 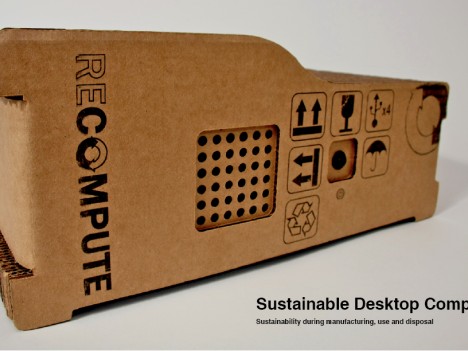 First of all, I’d like to say, “Yes, I know this won’t pass UL”. For all the students out there, you need a flame rating of 5VA for electronic enclosures. Cardboard doesn’t have that. Therefore, this will never be produced by any company. That’s the bad.

However, I love this concept. I especially like Recompute’s prototype. It’s nice looking. 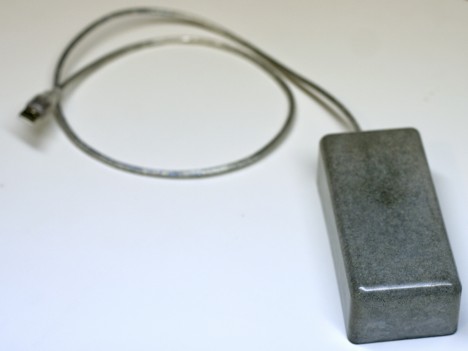 This is one of those stupid projects that I still like. What I like about it, is that the enclosure is still a useful object even after the inside is obsolete. I know that in the broader scheme of things, it’s a waste of energy, yadda yadda, but I like that the designer thought about how to reuse an object. I like the prototype too. 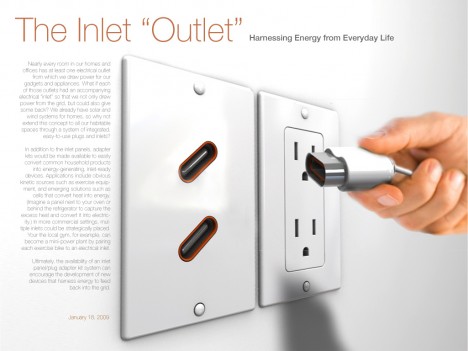 This is the kind of crap that I would have come up with. Very professional because it is looking at enabling other future projects to contribute, rather than contribute anything in and of itself. Note to students though: We professionals can do projects that require little aesthetic consideration, but if you are student, these make really bad portfolio projects.

That’s it. Those were my top three. I didn’t look at everything though. I only looked at projects that somehow caught my eye. Therefore, I’d love to know what others have found good!

I agree the first concept is great. Love it. The second one is dumb. Thumbdrives have won this contest or placed the previous few times this contest was held. How many more thumbdrives do we need? I do not see the “need” or “reason” for encasing a small, portable thumbdrive in concrete. It ruins the aspects that make thumbdrives so successful, being pocketable, portable, and convenient.

As for ones I like, I dig the screw in fan. I think that’s a good idea, though it’d need to clamp against the ceiling to avoid the vibration of the blades unscrewing it. This wasn’t my entry, but I thought it was a very “cool” idea… fans use much less energy than A/C, and you can cool or heat a room more effectively with one. The idea of being able to install a ceiling fan in any apartment seems like a great idea.

I’m too disappointed in the voting. Here’s my top three

The first is pretty cool adaptation of an old idea (haven’t seen before??)

the second is aesthetically cool and clever. I’d hang it in my kitchen where the sunlight hits the wall… 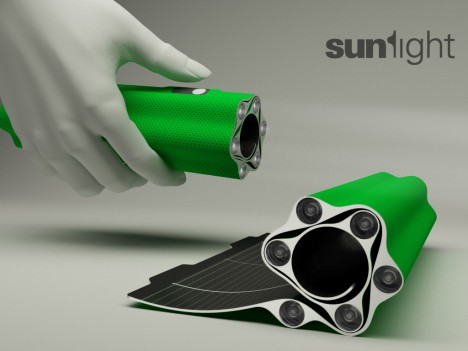 the third is quirky, but fun. Teaching children the harsh reality that global warming is inevitable and all the polar bears will die because going potty is inevitable too. 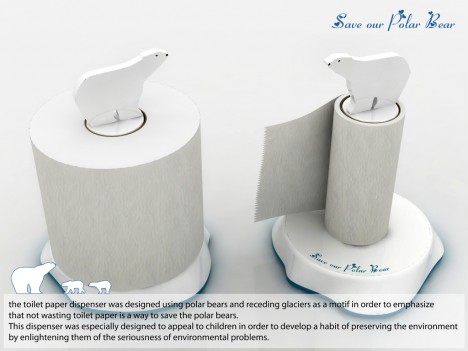 I’m too disappointed in the voting. Here’s my top three

The first is pretty cool adaptation of an old idea (haven’t seen before??)

Is that a drawer-fridge? My classmate did this for his MA major project. Not necessary a copy, but it was wildly blogged about at many “green” blogs about a year ago, and would’ve likely have came up in any research. 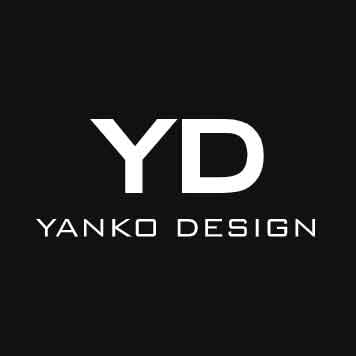 We all know CFC and HFC’s damage the ozone layer, and it’s only a matter of time when HFC’s will be banned just like CFC’s were in 1996. But what our freezers? There's been much debate regarding passive eco cooling and thermoelectric cooling – now...

He made a full scale prototype, don’t know why it ain’t featured…

engio: The greener gadget entry fridge is using the principle of evaporative cooling: 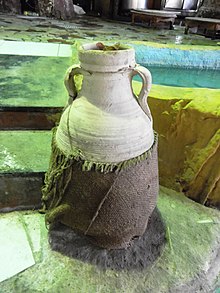 Love the Sunlight. Hot design and a clever idea. Might be too expensive at the moment but that is what the future is for!

There are a lot of power use education devices, all empty rehetoric: “If only people knew…” The best embodiment of this concept I have seen was a local design school graduates: lights that glowed colours dependent on power consumption. No one understands milliwatts or kWh, everyone understands blue / orange.

http://www.core77.com/greenergadgets/entry.php?projectid=65
Takeup, Henk Kowalski, PC spaceframe chassis with alternate coverings. This is brilliant. All pc case and chassis are banged out of satin coat (electrogalvanized steel), an environmental nightmare both in production and for recycling. A basic, modular small space frame as standard, and opens up a new market for pc coverings: fabrics, silkscreen your own design onto your pc covering, carbon fiber cloth, corporate colours and logos: all kool. Less chemicals, less shipping, reduce, etc.


http://www.core77.com/greenergadgets/entry.php?projectid=21
“Power Plugs” Stuart Moore . Although not a gadget, it could address the wasteful use of different battery voltages and AC adaptors - one of the most ridiculous aspects of consumer electronics.


http://www.core77.com/greenergadgets/entry.php?projectid=56
RKS Design Team Laundry POD, although replacing powered device with manual is a tough sell. It’s entirely practical, and I suspect many are guilty of running the clothes washer/dryer with one pair of jeans in it…

Good catch Pier. I didn’t look at Takeup because it didn’t catch my eye, but I think that’s my new fav. It’s practical and effective. The only thing that will make it tough to win is that it’s not sexy.

http://www.core77.com/greenergadgets/entry.php?projectid=21
“Power Plugs” Stuart Moore . Although not a gadget, it could address the wasteful use of different battery voltages and AC adaptors - one of the most ridiculous aspects of consumer electronics.

I liked this one. Especially this weekend after several unfruitful trips to various stores in my area for a replacement charger for my Blackjack. You’d think I committed a crime worse than having a phone over a yr old. I did get lucky with an adapter kit… finally. That doesn’t solve my drawer full of old power cords for the various devices. No one recycles them as far as I can tell. & I feel too guilty to toss them.