It takes a unique personality to be good at this profession. One has to be organized, do things in a timely manner, be extremely detail oriented, keep an open mind towards learning new skills, yet be able to daydream and think of crazy ideas. I would say that designers are generally a neurotic bunch. I believe that this personality can make things difficult. Many designers have difficulty working with others and I’ve also seen many designers have difficultly with relationships.

I was wondering if theres any advice to be able to have better control over the “designers personality”? Would I have to find someone who can deal with someone who works unpredictable hours and is neurotic?

Take the time to use your observation and design skills to get to know the individuals you work with. learn their strengths and weakness and design a plan to interact in a co-operative way to ensure you have something designed with a true holistic solution.

BB, I think he is talking about finding a mate that can deal with himself as a designer personality? OP? Am I reading that totally wrong?

if yo is right… look for balance not the same…

Expectation management. Don’t overcommit to crazy deadlines and the neurosis will magically disappear.

I don’t fit a lot of the stereotypes and I certainly don’t “dress” the part, in fact, I’ve often found myself battling others’ perceptions of what design is and how designers do or should act. There’s some designers who legitimately prove the stereotypes, and that’s cool, but it’s the ones that try to put on the “act” just to gain credibility that make me grit my teeth, it tends to perpetuate good along with the bad. 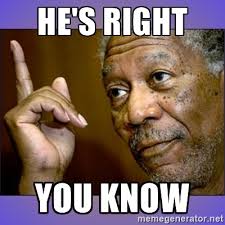 That designers are in any way “special” or “different” from other humans in other professions is a myth manufactured among designers.
To be fair, other professions do it too - You can take the introduction you wrote and swap “designer” with “entrepeneur”, “photographer” or “upper management” or whatever and everybody in the respective group would probably agree with you.

If you have a problem with relationships don’t blame your highly specialized designer brain but rather look at your own personality. That’s not only less generalizing but probably also more helpful to actually tackle whatever challenge you are facing.

I am going so far to claim that all grown up human beings in a stable social position in ANY profession are equally pretty/ugly; smart/dumb; nice/horrible; competent/incompetent… etc… The distribution is roughly following the gaussian distribution and it even applies to people from vastly different cultures. Can’t back that claim up and can only quote my own life experience here, though.

C’mon guys, no reason to be so hard on the OP.

I think you will find that many (not all) designers are a bit OCD with a high attention to detail and the ability to nerd out on their work very deeply. Are these unique traits to designers? Of course not, but they are hard to live with. My recommendation is to find someone who finds those qualities endearing and supports your creative habits. Good designers don’t tend to be totally ‘normal’, whatever that even is. Find someone who respects you for who you are, shares similar interests, and has complimentary skill sets.

And if you are a very ‘normal’ designer who likes sport ball, doesn’t care if the place is kept up, doesn’t have a taste for the most exotic coffee or rare bourbon, and doesn’t have whiplash anytime a rare car drives by… consider yourself lucky. You can relate to more people and empathize with more end users.

C’mon guys, no reason to be so hard on the OP.

guess everyone was edgy over the holidays… my self included

I think a large part of the designer personality might be the denial of being a designer.

In the past when I worked for organizations with large design teams this was something I thought less about. In my current role where I’ve started a design group in an organization that never had centralized design I’ve had to think a lot more about what unique value I can bring to the executive team. Obviously I can’t crunch a spreadsheet or make a business plan as effectively as my peers, yet I’m frequently asked to present to the board, talk to our lenders, and be in negotiations. I’ve thought a lot about why this is and I think it is because my different ways of thinking brings value to those situations. Is that because of some mysterious designer personality or just he result of a quality design education and 20 years experience in creative problem solving and NPD? Or maybe a combination? I don’t know. I’d have to think on it more… my point is there are unique things a designer can bring to an organization and a relationship, but in both cases the designer needs to understand their unique value and the other party needs to respect and value that… rambling a little here. Still cafinating.

This comment hit home with me; why can’t you? Why is this obvious?

No intent to be braggadocios here, but I can do those things and have learned them out of necessity. They have served me well to articulate the value and impact of design on terms that people who do do those things can relate to. I’ve found ways to harvest useful data from our work in ways that people who provide non-design services or “business people” would struggle to do. But maybe because I’m not as good at selling design on design’s terms…So I use research and data to support my concept pitches.

Correct me if I’m wrong, and no offense, but do you say this is obvious because you’re a designer and it’s a given that you don’t have those skills, thus supporting a stereotype?

The reason that this hit home with me is because non-designers have told me that using these skills is very unusual for designers, thus they have an impression, but is it only up to sales and marketing folks to be the “business people”? Where is that written?

BB, I think he is talking about finding a mate that can deal with himself as a designer personality? OP? Am I reading that totally wrong?

if that is the case, my response would be the same but with a little less contempt

I have a lot more to say about why certain people are more successful and work better with other disciplines but have limited time at the moment so I’ll say this and hope to return to the conversation later. Ambition, understanding and the willingness to get your hands dirty (some times literally, some times metaphorically). I’ve met many unhappy and difficult people so this is my purely anecdotal view, their own dissatisfaction is often linked to being unaware of where their ambition ends and what they’re willing to learn and do.

I think stuff about personality is over-rated. People are all different. Having said that, most organizations attract similar people. Therefore the engineering group at company A might be pretty homogeneous and the design group at company A homogeneous as well. That might lead both groups to think that all engineers are the same and vice-versa.

Something I was thinking about over the holidays is how companies make resource allocation decisions. Rarely are they made in a purely rational manner. They are based on emotions, learned behaviour, the information at hand (whether reliable or not) and the organization’s decision making instincts/drivers. When I was a young designer, I thought that brilliant ideas would be easy to sell, but experience has not borne that out. Often it’s the conventional idea that reinforces people’s pre-existing assumptions that is the easy sell, in spite of all evidence.

Tying this together, I’ve found the same confusion amongst my engineer colleagues and many in marketing too. Basically, anyone that develops new products. However, in a corporate setting, we tend to be in the minority!

this thread is as relevant as the “ARE DESIGNERS PINK?” thread.

but for what it’s worth, my senior year of college our professor made us take the infamous myers-briggs personality test. surprise surprise, everyone’s results were everywhere.

As mentioned a bunch of times here, there’s a huge spectrum. Stereotypically, I would say that the positive traits of designers are passionate and focused. The negative traits are socially awkward and insecure/snobbish. That is just a generalization, obviously.