The Design Trend in China â€“ How to Grasp Chinese Customers

The article is re-edited by Fan Peng. The original writer is John Fu.

If we look on the global market as a whole piece of cake, the share that Chinese market accounts for is big enough to tempt every one. But when you square up, you might find the cake is not so easy to be eaten. Even if the cake is placed in front of your face, it is possible that you might not know how to start the first bite into it â€“ this is an extremely challenging market. It is not so easy to grasp the market even in China. The above topic is discussed at Insight Shanghai 2008, on September 24 â€“ 25 in Shanghai, which is important to the study of the design trend in China. The forum is co-hosted by Shanghai Jiao Tong University and Style-Vision â€“ a French research agent on fashion trend. From global consumer trend to China consumer trend, from global design trend to local design and solutions, the forum acquainted attendant domestic and overseas enterprises with what a trend is and why understanding of consumer trend is necessary. Ms. Angnes Kubiak from Style-Vision also gave the lessons on emotional consuming theory and the brain storm, helping enterprises to find their individual solutions for the practical problems they encountered in China during discussions.


Here we digest from opinions of Mr. John Fu â€“ the sponsor of the forum â€“ taking a glimpse at the development of the design trend in China:(John Fu is a teacher of design from School of Media & Design of Shanghai Jiao Tong University and one of Chinese vanguard researchers on design trends.)

The Chinese conception about the value of lives, as well as their living status is very unique. The traditional â€œtypicalâ€ Chinese people understand lives well. The rich live low-toned luxury lives, while ordinary people live contented and happy lives. There are a couple of manners to express â€œhappinessâ€ using Chinese characters. Chinese people have a moderate living attitude, which benefits lives of biology such as human kind. The living manner that does not pursue extremes is more sustainable.

Either domestic enterprises or overseas enterprises might encounter following problems in Chinese market:
Astonished Overseas Enterprises
Some overseas enterprises felt astonished after they entered China, even if they had prepared enough. Some products which they were proud of were seldom asked, while previous market survey said that these products might be loved by Chinese people. Some other products sold well though they were paid less attention. The enterprises perspire cold as they were producing overtime, full of doubts: - what would be their next well-sold product â€“ even Gods have not found the answer.
Chinese Enterprises Pick What Others Ignored
Why are most Chinese enterprises picking what others ignored? Why did the outstanding No.1s always belong to others? Why do we always follow othersâ€™ steps? Arenâ€™t Chinese people more familiar with Chinese market? Arenâ€™t our requirements the Chinese consumersâ€™ requirements because we are Chinese consumer ourselves?

Last year, John Fuâ€™s team studied why Nokia 5-serie mobile-phones did not sell well in China. They found that the extreme-sports concept which Nokia initially adopted was quite different to the attitude that Chinese people had on sports. Most Chinese people do not prefer to act as a â€œfighterâ€. As to the Field-Survivors Association of Shanghai Jiao Tong University that they interviewed, only 5 over 400 of the members took sport-concept mobile-phones. As to a professional female athlete they interviewed, there is nothing related with sports on her when she was away from the sports field. All in her bag were of gentlewomanliness.

Weakening extremes may bring products close to more consumers. The 5-serie mobile-phones quitted the â€œextremeâ€ concept, and even the â€œsportsâ€ concept, leaving only â€œmobileâ€. They believed their products might be more welcome with the increasing of the feeling of entertainment. The following 5500 type sold well as expected. The 5500 type combined the concepts of â€œsportsâ€ and â€œmusicâ€, and looks more moderate.

The study on Chinese peopleâ€™s lives has a realistic value for marketing. The value theory and living status of Chinese consumers differ to that of western consumers. For the large scale of Chinese market, it will help enterprises create huge profits by studying Chinese life-style, carrying out corresponding design renovations to make products more close to Chinese market. In this respect, Japan enterprises have gone ahead, which is proved by Toyotaâ€™s steady increasing in Chinese market. While some enterprises imitated Corolla car and gain profits, they did not know the secret that Corolla achieved No.1 within global market sales. 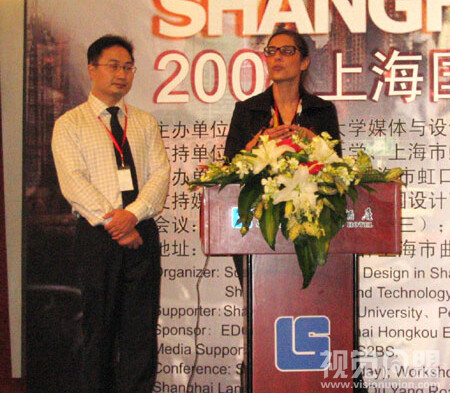 Great article. Thanks for posting.

surprised not many people have commented on this article which is excellent - and very relevant since most of the designers here on this board are probably going to sooner or later be designing something for the China market.

yeah really good info. Makes me want to go out and do a little digging around myself.