While looking at the Playstation 5 controller in the consumer product board, I thought of what a design lifetime award would look like. Or maybe a better description would be the 5 year after design award, kind of like what critics do with the Academy Awards. If your not familiar with the concept, writers go back to the films from 5 years ago and try to decide was the Academy Award given to the right film, and if not, what film deserved the award the most.

The design that made me think of this was the Playstation to PS3 controller (1994~2003). At least for me, the design was always comfortable, the construction was durable as can be and the design lasted with little change for almost 20 years…in a technology field! That’s incredible. It would make my first year ballot.

What other products from 5 or more years ago would you nominate?

That is a tough one, I’d have to think about it…

I was trying to think whether any smartphone from 2015 was worthwhile… it’s when the Apple 6s (and the Samsung S6) came out. The iPhone is still supported for another year maybe, and the Samsung is nearly garbage.

Related to your PS DualShock comments- My work computer is a juiced-up ThinkPad which is amazingly similar to the one that came out in 1992. 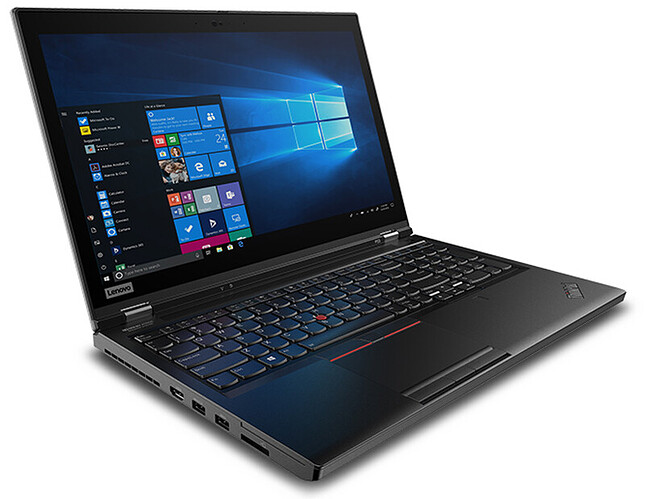 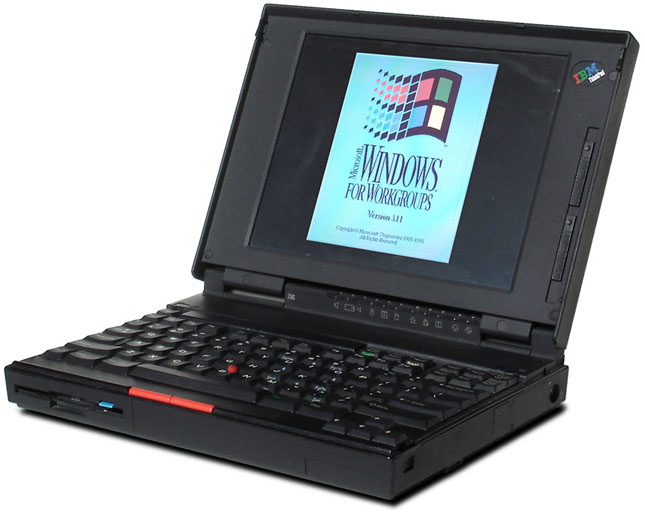 Not too many consumer products from 5 years ago are going to look good today, but when you’re 20 years removed, the nostalgia can really kick in. Sitting around at home, even pogs sound like a fun diversion. I’ve got the Sega Genesis re-release and there’s this Tetris-type game called Columns from 1990 and the 2-player kicks ass.

I"m on a Lenovo too. It was impressive how IBM stuck to that Richard Sapper aesthetic. It’s even more impressive how it still communicates the IBM values.

So almost any Apple, Rams/Braun or vintage B&O design wins? Too easy

How about the reverse? Designs we thought were good but in retrospect… …?

True that its tougher for consumer electronics. I was rummaging through old stuff a few days ago and found my original iPhone, in the original packaging. Amazed at how small it was, and how intensely DESIRABLE it still was. I wish it ran the latest iOS with a Retina screen. I also don’t think Apple has done better than the 2nd gen iPod shuffle - the clip version.

The usual suspects would persist though. The HM Aeron chair still holds up and is still fought over in my office whenever there’s a spare floating around.

Maybe we need categories? Or the IDEA gold award winner list from 2010?

Amazing what 10 years will do. Look what Sonos looked like 10 years ago:

I did always like these key shaped thumb drives:

In a world increasingly concerned with speed and portability, it was only natural that a company known for data storage would want to expand into a new market; by creating a fun, practical accessory that allows users to transport and share their data...

I remember thinking the was pretty striking when it came out:

The ImageMate readers enable consumers to easily transfer files from any memory card to their personal computers. On the desk, they stand as simple and timeless pieces of sculpture. Detached from their metal stands, they become small devices ideally... 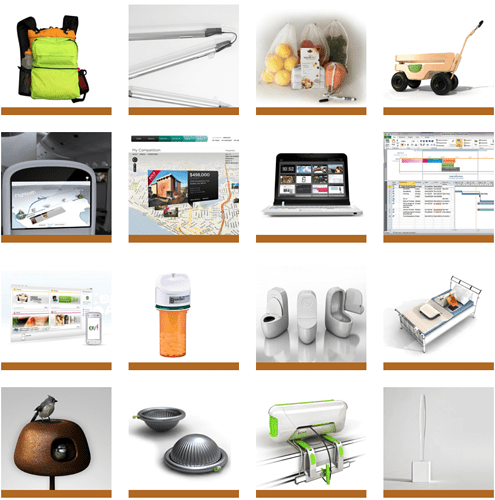 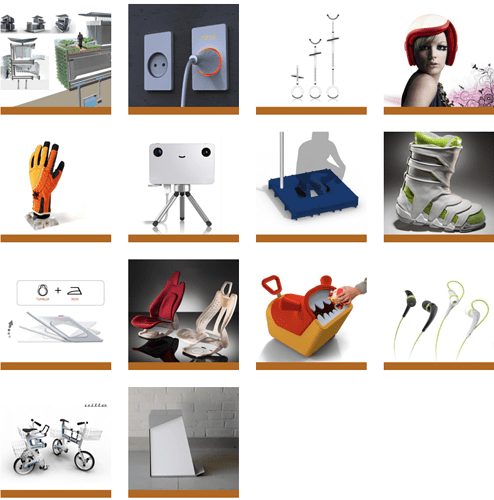 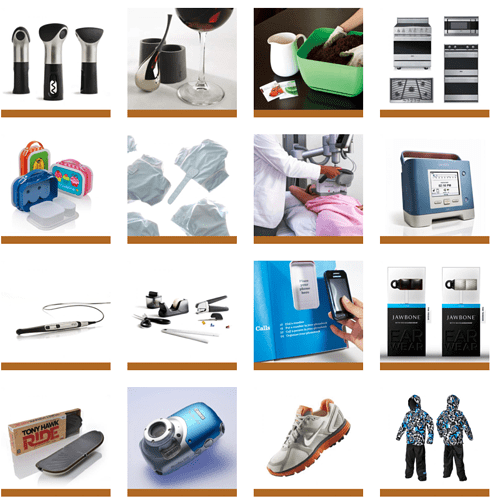 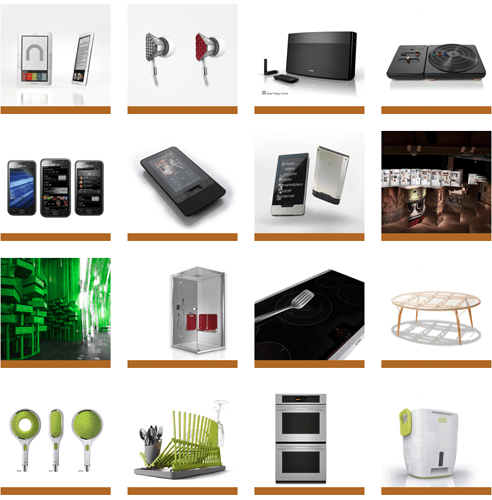 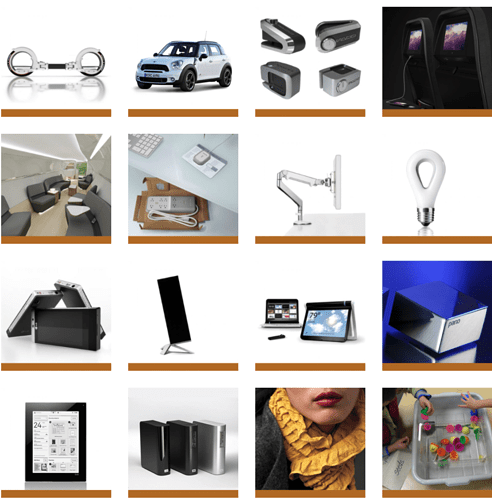 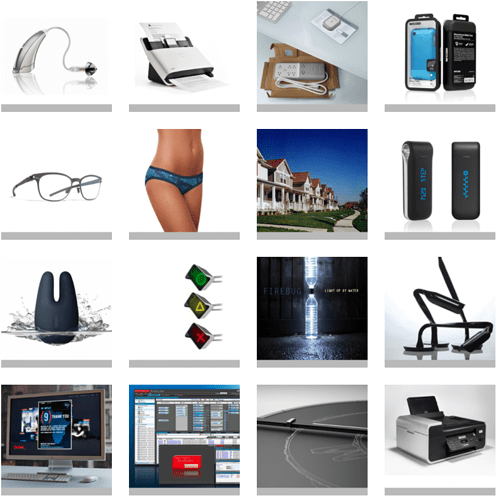 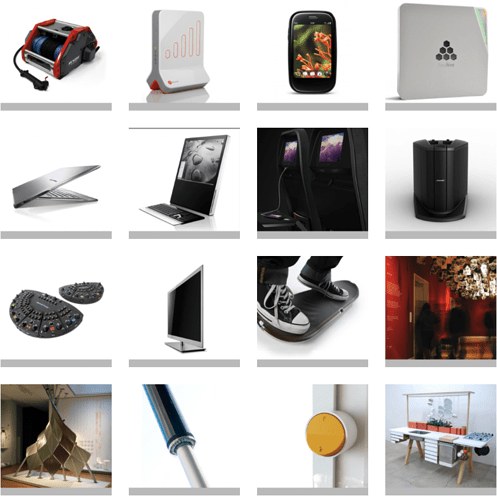 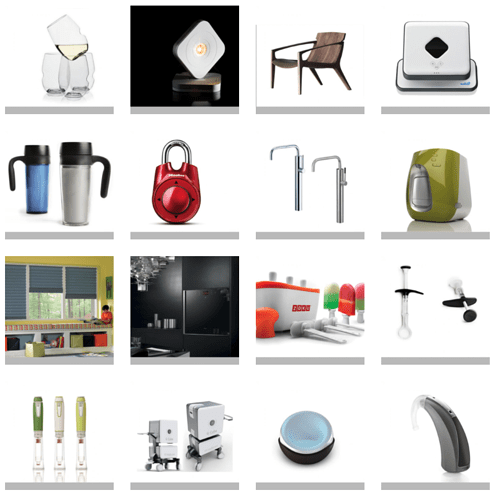 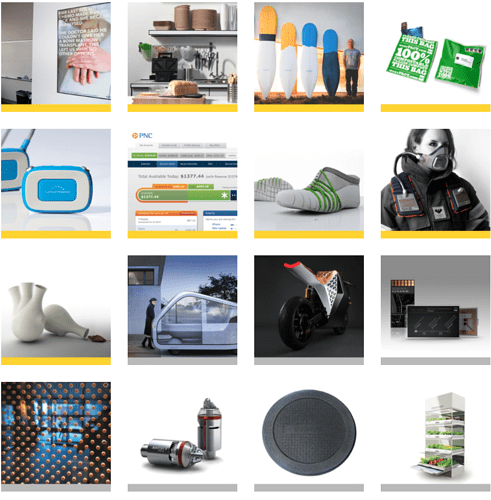 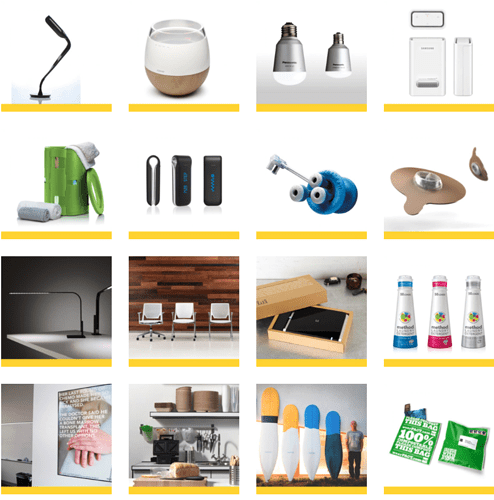 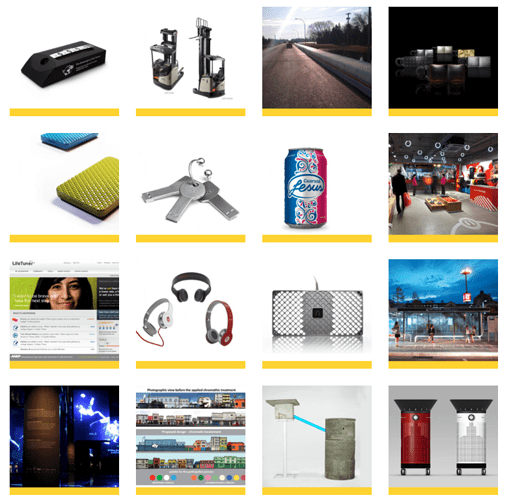 I like this concept. People’s Choice (after the fact) Awards.

The Sonos example above is crazy. Never seen that. Most of the thumbnails above look on quick glance pretty contemporary, but then there’s the point and shoot camera that sticks out. Funny how some categories change and others don’t. Product category (consumer product, medical, footwear, tech, auto, change at different rates for sure).

I wonder what is the best time scale to judge this? 5 years might be too close with consumer products. 10 could be good, but maybe 15 is better? is 20 too far and gets into nostalgia, the first round of retro?

I’d think though that using the IDEA or any other award winners isn’t really the best start. We all know awards are nothing more than pay to play and don’t really have anything to do with good design. Most awards are not even judged with the physical product in hand, but from pics/renders and blurbs submitted by the companies with the largest marketing budgets.

I have a whole pile of 90s WIRED and ID mags in the library I’ll have to pull for some fun… Maybe a “guess the date?” game?

I’d think though that using the IDEA or any other award winners isn’t really the best start. We all know awards are nothing more than pay to play and don’t really have anything to do with good design.

The Sonos example above is crazy. Never seen that. Most of the thumbnails above look on quick glance pretty contemporary, but then there’s the point and shoot camera that sticks out.

I was thinking the same thing and hit that camera and was like, what? Out of time.

RE Sonos. They were trying to recruit me at the time to be VP of Design. In probably the biggest strategic mistake of my career, I took the job as CDO at Sound United instead. At the time they only had the Amp, Connect, and this controller which they thought was the future. I thought for sure that would all go to the phone (of course) and the Amp and Connect would power other people’s speakers. I didn’t predict them not only getting into making powered speakers but also their speakers becoming so popular (good software combined with big marketing budget, we didn’t have either at SU)… though I don’t think I would have been happy shipping 1 new piece of hardware per year vs at SU we were averaging about 25… though Santa Barbara is a lot better for ID opportunities in general… whatever, it all worked out in the end. Cant get stuck on “coulda’ shoulda’ woulda’s”

Having judged a few awards I wouldn’t say they are pay to play (at least the ones I was in, I’ve heard bad thing about others), but I would say they are pay to be considered. Once you are in consideration you are being judged by a group of other designers. But who picked those designers? Sometimes we were judging for 8,10,12 hours… what if your submission gets reviewed at 7pm just before dinner? What if it gets reviewed at 7am with cranky sleep judges? … I’ve submitted something only to get nothing, and resubmitted it the next year to win… it is an imperfect process like anything else. We are only human. I remember arguing something should win an award last year only to have another judge say “but such and such is a better product” … to which I had to say “but they didn’t enter, if they did they would have won, but what we have is this group and amongst this group, this is a winner”… so it is a relative exercise… if you want to win, you’ve got to enter. As they used to say in the NY lottery commercials, you’ve got to be in it to win it.

This is what i mean pay to play. It’s a misnomer to say something is Best Design of XXX, when it’s just best design of those that paid money to send it in. That combined with the fact that most awards are not hands on judging (realizing there’s also some impracticality of this for things like medical devices), I think most awards are not super relevant but for marketing bragging rights. Not even mentioning the judging criteria on many is little more than what looks nice in a photo, or is trendy, or sells magazines… but we do more than that in design, right? For business, for users, etc.

I’ve judged awards. I’ve entered some. I’ve been entered by employers/clients. I’ve won some. Sure, it feels nice to win, but let’s just not pretend that the winning designs represent the best of anything more than the few that decided to pay to enter that competition that time.


It’s like road racing. I can enter some small town marathon and maybe win or place well, but that doesn’t make me faster than the actual competition of runners out there.

PS. That Sonos opportunity sounded cool, MD. I’m sure you could have done a lot. Hindsight is always a pain.

Well, I’ll throw a bone on the pile. 2000 Mini. It’s a testament to the original that three generations later the hard points are still there: basic shape, big round headlights, big speedo in the centre of the dash, lots of toggle switches. All kinda oval-ish and round-ish shapes.

I loved the Mini at the time. I was on the waiting list for one before launch, but bailed when I sat in it. I didn’t like the plasticky everything and the comically large speedo. I got a New Beetle instead as a matter of fact.

The mini has stayed pretty true to the design. I think the New Beetle actually aged better though, before they started messing with it. The last version with the flattened roof really killed it.

I love the first new Beetle. I agree, I think it holds up. I’d still rock a manual turbo of one of those. 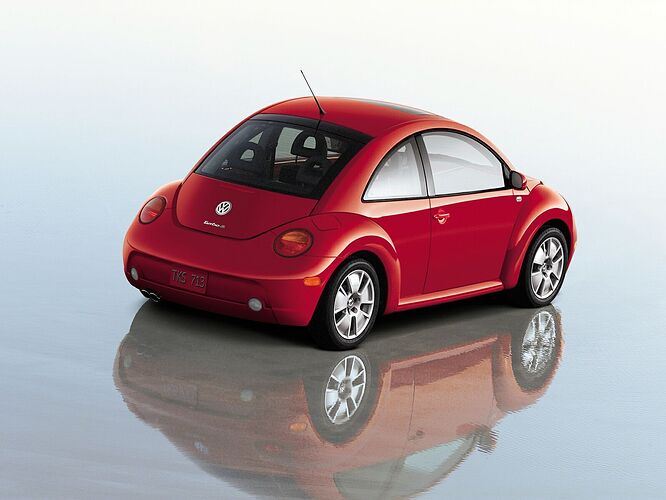 Add the original TT too, of course

I have another nominee. Nixon watches around 2005-2010. Very creative. I still look at their screen fonts for inspiration. This one is the Dork. I had one. Broke after 6 months, it was kinda garbage, but the design is still interesting. 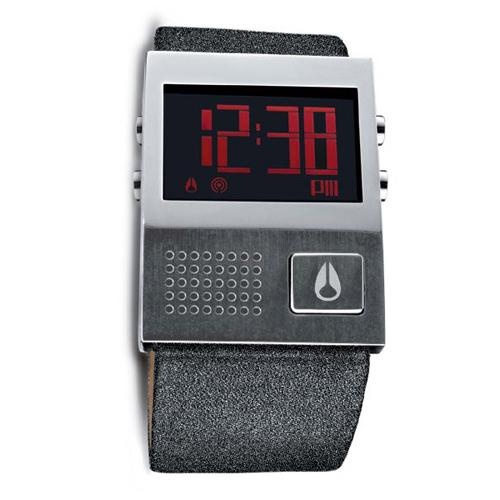 I have another nominee. Nixon watches around 2005-2010. Very creative. I still look at their screen fonts for inspiration. This one is the Dork. I had one. Broke after 6 months, it was kinda garbage, but the design is still interesting.

Loved these as well, I think they were done by Cinco Design up in Portland back in the day? I could be wrong though…I think Aaron Draplin spoke on it in one of his talks, and might have designed this one in particular

Good to know the people that were behind it. Great work…