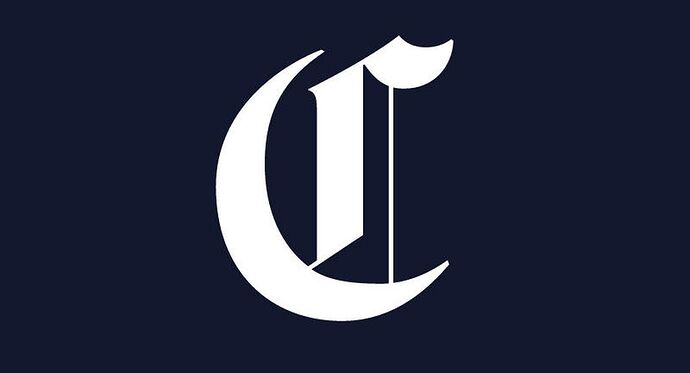 “Once they sell a product into China, they have copying. As China becomes more a part of the world community, that won’t be tolerated. The (Chinese) government is going to have to control things.”

The other big problem is corruption. If an American company complains that a Chinese company is stealing their designs they can report it but in most cases the official that the report goes to has been paid by the counterfiet operation to ignore the claim and resume business as usual.

That official then pays off his superiors to ignore the problem and so on. This is pervasive throughout Chinese society. Factories and other operations regularly pay off officials from the government to let things slide and people rarely get stopped unless they do something so bad that the world media picks up on it.

americans should take their manufacturing out of china. that way the problem will be solved because the chinese will not have access to the original work. this is what the chinese will eventually do anyway.

china is not interested in copying. this’s what the direction and evolution in business shows in china, because they now have a lot of major technology patents and a giant economic growth each year which beats the prospect of this country going back to the day when they had problems with major opium use implemented by colonial british rule in the area.

chinese have gone through a phase that japan went through but since japan was an american colony after WWII and still is it didn’t take the heat at all. S koreans too. i remember seeing S korean businessmen in CA with their cameras all the time taking pics from everthing they saw in shops that they couldn’t find back in korea. mostly fashion goods like clothes, shoes, accessories, etc.

for hard goods, the buying public and consumer advocates should ask for labels that defines the difference between the original and the fake. there’s no other excuse. and for software they should make cheaper versions for countries with lower incomes.

american government supported by big corporations is totally obnoxious when it comes to politics. someone should just bang’em on the head to remember who they pick on.

ufo is correct. You will be surprised how local chinese look down at copies. Also many local chinese brands are taking the effort to brand and design unique products as they sell for better margins.

My advice is vist the country you will be pleasently surprised.

Several of the responses so far are suggesting some level of protectionism as way of limiting design plagiarism and piracy. In the context of China, this strategy is somewhat paradoxical if we consider an old Chinese saying, “When the winds of change come, some people build walls while others build windmills.”

Building walls may help American design in the short term but it will not in the long term. We require an approach that addresses the challenge much more adroitly. I cannot presume to speak to all facets of American design but I can speak for design educationâ€”a sector that needs to seriously question the role of the designer in contemporary American society and move beyond a fascination thatâ€”at timesâ€”is fixated only on the ‘cool’ factor, or so it seems. As one first step in this dialogue and in the context of the China factor (and soon to be India factor), allow me to post a provocative question: Are we educating designers for jobs that will not exist in five years? I would love to read your responses.

Imho, from my purely subjective experience:

I’d say yes. At the undergraduate level, as you rightly note, the fascination with the ‘cool’ factor means that programs (or their educational cultures) continue to emphasize styling and form giving as the end point of the product design process, without sufficient exposure to the complete value chain of product development from conception to delivery. Furthermore, with the exception of a few graduate programs, the undergraduate institutions are still lagging in design methods and metrics that focus on the user. The standard operating procedure for design begins with a framed problem being given to the student i.e. design a shoe or box or mp3 player or in graphic design, design a brochure, a logo or a poster. This means that students emerging from these programs are not trained to ask the right questions (I generalize freely here, knowing that there are outstanding teachers and classes where I’m sure this may not be case) of the client or the task giver - their future boss, and thus to frame the problem that actually needs to be solved.

Now it is this aspect of design that has been commoditized by China’s takeover as the location du jour for manufacturing - hence the increasing numbers of young designers seeking to fill the decreasing positions that they are qualified to fill. If design education is to prepare a young mind for gainful employment in the United States of the future, it must teach critical reasoning, awareness of numerous influences on a particular design concept for production from the sourcing of materials to the sustainability of the process, and to think strategically, as businesspeople. The biggest hurdle is the so called divide between the designers and suits, which persists, even today, perpetuated in the educational system and culture of design schools by the subtle denigration of those who seek profit versus the raising on to the pedestal of those who seek to create for creation’s sake. This factor, that design has a role to play in corporate america, that painting or sculpture or ‘art’ may not, is not communicated to the young clearly enough.

And finally, schools should step back and evaluate the potential of the student at the time of admission selecting for some semblance of discernment of what constitutes a pleasing form rather than using the current system of attrition and dropping out and self selection over the four year period. then perhaps you will graduate designers who have some talent and skill and are thus employable instead of just a percentage of all design graduates. For the sad part is that for those who gained the degree but not the eye genuinely believe that the degree in fact confers on them the ability to be a designer, and thus a job as one.