With Nissan’s announcement that they intend to resurrect the Datsun marque, can a retro 510 be far off? But at what cost to it’s customers? $3,000US doesn’t leave a lot to work with. 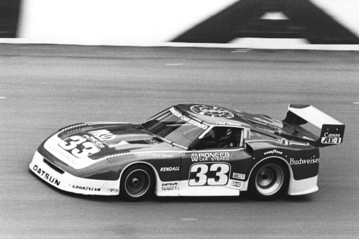 It is the car that baby boomers may remember as much for its compact chic as for its slogan ("Datsun, We Are Driven!"). Now, a new version of this storied brand may get more attention for something else: its price tag.

One of the first comments under the linked article reads:

This attitude pretty much puts the 3.000$ Datsun to grave
before it hit the roads. It will not work in the western Countries.
In aspiring countries only if there is no sustainable suply of
used Mercedes or Toyota cars.

Didn’t Tata already prove there isn’t much of a market for this? Developing countries don’t have the roads to support cars, and apart from China, they don’t have the money to build that infrastructure. From what I’ve seen in Vietnam at least, it’s faster to get around on scooters. If I lived in HCMC and wanted to prove to people how successful I was, I’d buy a nicer house, not a car.

You have to love the commenters on the article who think this is a US-bound product, with airbags, a stereo, AC, etc. Yeah, you can have all that stuff for $3k. But you’ll be carrying it around in a duffel bag while you walk.

Just read this from the Economist: “In the rich world, people seem to be driving less than they used to” 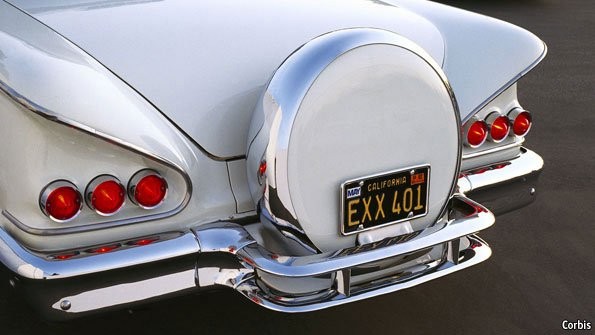 Seeing the back of the car

In the rich world, people seem to be driving less than they used to

Maybe it will soon be the same way in the developing world. Highways aren’t the only infrastructure that people are building. High speed rail, light rail and subways too.

As for US bound product…when I was in China, I kept thinking, “you could not sell this junk in the US”. The cheap cars are just way too cheap to be acceptable. Not to mention the hit-or-miss product safety.

You have to love the commenters on the article who think this is a US-bound product, with airbags, a stereo, AC, etc. Yeah, you can have all that stuff for $3k. But you’ll be carrying it around in a duffel bag while you walk.

That picture really cracked me up. When I was a kid on some days I carried all my stuff in a big bag, A/C would have been awesome to have…

Thanks for the “MicroCar Auction” notice Ray. Browsing through the photo gallery brought up a 1968 Subaru Sanbar 360 pick-up. We had two of them at Vetter’s years ago, they were tiny. We used them for inter-build jaunts for production inventory; the production lines were shut down at noon for weekly maintenance and they were converted to “beer cooler” duties. A different day than now, for sure. I can’t think of too many companies that provide iced beer to their production workers. Four guys could easily pick one up.

Bare bones, 360cc air-cooled 2-stroke engine. It’s about what I would expect for $3,000 in a developing-country market. One notch above “farm implement”.

Lew: Just don’t get in a bidding war with more of the Subaru, OK?

I think there might be a market for a $3000 car in western countries. That Subaru reminded me of the Vespa/ Piaggio Ape’s you see all throughout Italy and Spain, usually for workmen or deliveries. Cheap and easy to get around narrow streets. You even see them on the autovias, pushing 40km/h, holding up a semi trailer that’s had to slam on the brakes to slow down from 120km/h, everyone gesticulating angrily. 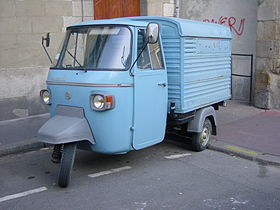 The Piaggio Ape (Italian: [ˈpjaddʒo ˈaːpe]; ape is Italian for 'bee'), initially marketed as VespaCar or TriVespa, is a three-wheeled light commercial vehicle, manufactured and marketed by Piaggio as an adaption of the company's Vespa scooter (vespa being Italian for 'wasp' instead). It is in continuous production since its 1948 introduction and offered in numerous body configurations, serving a range of utilitarian functions. After World War II, Italians could not afford personal transportatio...

Here’s a $5000 Datsun. Might be able to talk him down to three.
http://www.carsoup.com/details/used/1980/Datsun/280ZX/19271760/?returl=L3ZlaGljbGUvc3VtbWFyeS5hc3B4P3ZlaGljbGV0eXBlaWQ9MSZpbnZ0eXBlaWQ9MiZtYWtlaWQ9MTk1JnppcGNvZGU9NTUzNDM~

Now that’s a Datsun my friend.

You actually give me an idea. I tried to sell my Miata earlier this year, but the market seems dead. Maybe I should offer to trade for a E30 BMW 325 (next car on my want list)?