Test to determine HMWPE or UHMWPE?

I have one of those weird projects that falls between the cracks of corporate heirarchy. I have some samples of a product and I need to determine if they HMWPE or UHMWPE as there is a big difference in price and I don’t want a factory to take advantage of us.

I looked up density, but there is a small difference: .92 g/cm^3 in UHMW and .94 g/cm^3 in HMW. I’m not sure if I would be able to measure that with out some precise machines that I don’t have.

I know there is a big difference in impact resistance, but I don’t know how to test this cheaply and reliably.

Is there some way I can test this without going to a lab outside?

It has been a while since I played with PE so please verify any information here before going out to break anything.

HDPE is a little bit stiffer than UHMW (the modulus of UMW is about 60%-80% that of HDPE). If you have similarly shaped sections you can perform a simple beam test. Create two spans and load them with weight identically. Measure the deflection and UHMW is likely the one that sags more.

Otherwise you can test impact samples at decreased temperatures. HDPE will shatter at say -60°C while UHMW will not.

Take them out to the shooting range and blast the samples with a 9mm. If they stop the bullets, they are UHMWPE.

(body armor is made with it)

Assuming of course that you can acquire a solid block of material, the problem with measuring the weight and calculating the density is that if fillers are present it will throw off the “real” density (with regard to trying to determine which PE it actually is). If your sample is flat, un-calendered sheet stock you could calculate the volume and cut to size.

I take it you don’t trust the vendor you’re dealing with?

Lew: Fillers are always a pain. This material could be HDPE with a UV stabilizer too. Too many variables to reliably test. I’m used to trying to tell if things are PC or PP, those are wider results.

I don’t trust any vendors. This is a new vendor too, so we have no track record.

I’m thinking of trying some sort of beam test as sprockets describes. If the results are suspicious, I need to find a specialty lab to be sure.

Does it really matter as long as your product does what it supposed to?

So supplier tells you it’s UHWMPE?
Ask them to make a sample out of HMWMPE and a new quote. Test samples against each other. If the cheaper one still passes your requirements, you’re good to go, no?

Engio: You are right, but…

How do you qualify vendors?

Why are you using a vendor you think would commit fraud?

We injected test samples of a snowboard binding baseplate in LDPE HDPE and UHMWPE. The UHWM version had a very different character and test result when we pulled the screws through the baseplate. Once we had the two samples it was easy to know which one was which.

We injected test samples of a snowboard binding baseplate in LDPE HDPE and UHMWPE. The UHWM version had a very different character and test result when we pulled the screws through the baseplate. Once we had the two samples it was easy to know which one was which.

That’s what I mean… if they gave you a sample and a price that they say is UHWM, the next sample in HDPE SHOULD be cheaper and test differently. This way you will find 1) If the supplier tried to cheat you; 2) If you really need the better material
Also test against a competitor or some completely other product that you KNOW is UHMP and compare results. Hardness tests, burning it with a lighter and looking at smoke color and smell, scratch tests…

But yeah… if I were in your spot I’d probably just pitch for lab-money, esp if it’s not my project/budget. But make sure what the lab will be able to tell you. It could be “Yeah it’s some sort of PE” “Yeah, Thanks.” I’ve been through that, only with PU.


nxakt: what did you end up using if I may ask?

what did you end up using if I may ask?

This was back at the dawn of the sport. We used UHMW material, the force required to pull the screws through the baseplate was about twice as high, and it kept the shape, the LDPE and HDPE versions distorted and stretched and stayed that way after testing. The difference was night and day. This was the last time I used PE as a baseplate material, usage demands got higher and everything moved to GF nylon or PC.

Thanks Shaw! That gives me some ideas.

I wouldn’t say that I assume every supplier is committing fraud. More that they are trying hustle. I expect that from all entrepreneurs.

Glad it is of help Ray.

More back in the day PE stories:

PE is used on all snowboard and ski bases, best all-around friction and maintenance characteristic. The factories make large sintered “pucks” of the stuff in massive hydraulic presses which cool for days before getting skived off like veneer. The highest molecular weights cannot be extruded or melted, they break the chains down, so they have to be sintered. The plates used on docks for wear against boats are made in a similar ways. 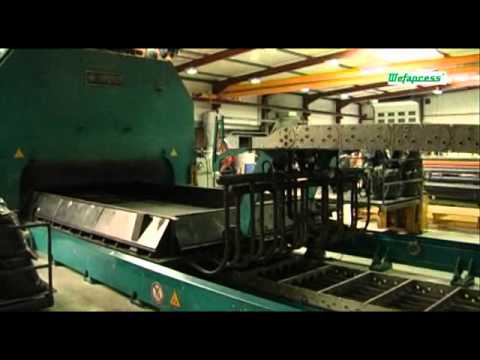 The “fastest” material was called Electra, it was loaded with so much carbon that it became electrically conductive, reducing the static electricity of very cold snow that could cause a ski to stick and slow down. Except that it was expensive, and only one company, IMS in Switzerland made it. They made only a limited amount of it a year. Yet somehow the biggest snowboard companies claimed it on all of their production, because black plastic is hard to differentiate. IMS went so far as to make an electrical tester to demonstrate genuine product. They came to the conclusion that it was a overall win to have everyone claiming to use their material as opposed to outing everyone as ahem liars, and did not push the point.

Sometimes the hustle is one step up the chain!