Pretty awesome. I’m sure someone will figure out the seats don’t fold flat when moving, the door sensors will fail to detect your garage and blow a hole in your ceiling, etc but it’s exciting to see them continuing to buck the usual trends and do stuff they think is important, not just the industry as a whole. Stuff like that is great for the whole business.

Now, on to the version that we can afford!

I think the Model S is completely conventional except for the hideous touch screen. I wish they would do something crazy but functional. Rear gull wings? Dumb and not functional.

We’ve been seeing the car for so long now, so there is little left to surprise me with. But at 22m when the loaded-up car comes in, man, that is a LOT of gear. I think that is what will sell the car most, the ‘possibility’ of bringing all that stuff. Our lizard brain still loves hoarding stuff.

It would be cool if they made both side doors gullwing. Perhaps even one big door like in Demolition Man:

Trivia fun fact: the car in Demolition Man started its life as the GM Ultralite concept. 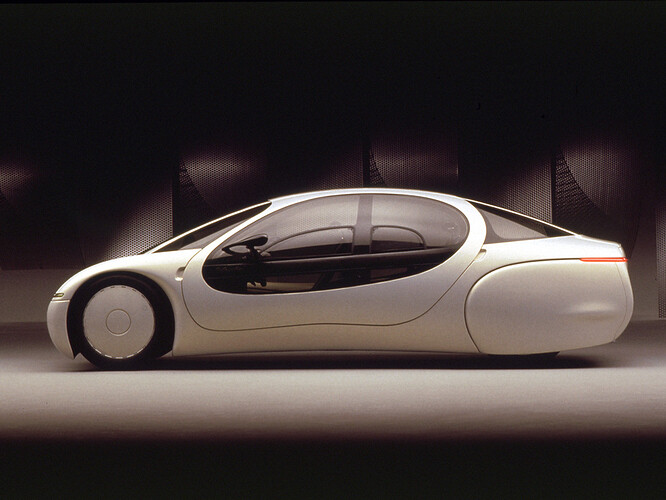 It’s a neat car and all and I appreciate what they are doing… but if I had that much money to spare for a car I’d still buy a Porsche, sorry

Mixed feelings about it.
Initial reaction was that it looked like a platypus with the narrow front.
Impressed by safety ratings. If these guided the shape then it’s worth it.
Awesome doors but overkill?
Will it be the new “cool” mommy suv?

It weighs as much as a Ford Expedition. Ouch.

I like the proportions, character and stance of the Range Rover. But technology wise, the Model X wins.

I haven’t seen it in person but a friend of mine who’s taste I very highly regard says it looks hot in person. So I need to reserve judgment until I can appreciate it in the metal.

Last 10 cars I’ve trashed after seeing photos, I’ve loved in person, including one I own. Can’t wait to see it.