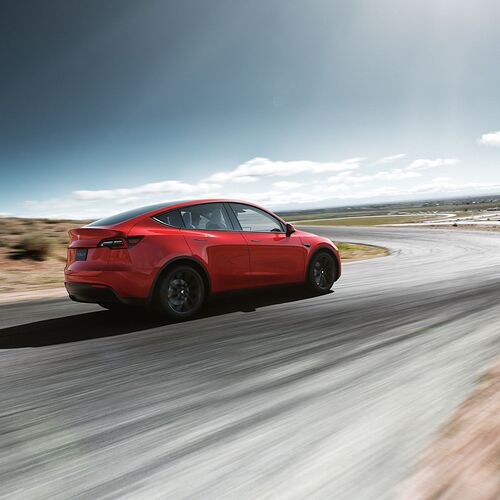 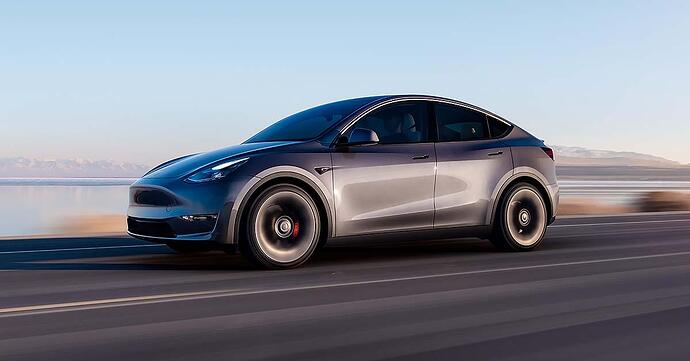 Which isn’t a bad thing. I think this thing is going to sell like hotcakes.

To me, it has the proportions of a low basketball shoe… Kind of an inflated model 3.

Looks like a model 3 that binge-watched about 4 series on Netflix all day for a week, ate nothing but Burger King, and streamed Forza or Gran Turismo for about 72 hours (at least that’s what my imagination thinks)

I’m so used to seeing X6’s, GLE Coupes, and every other inflated cross-hatch thing that’s on the market now it’s very predictable. I do suspect it will sell like hot cakes if Elon Musk’s tweets don’t put them out of business before it launches. Just having some extra tire meat and ride height is enough to make people jump on this over a model 3.

“There, I Fixed the Tesla Model Y for You.” 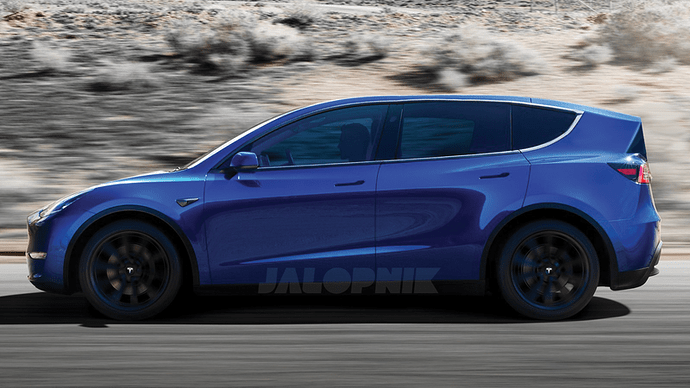 There, I Fixed the Tesla Model Y for You

Tesla revealed its hopefully future biggest-selling car to the world last night, the Model Y. It’s notable in that it’s not really so notable— for Tesla, it’s a pretty straightforward design, in that there’s no crazy falcon/hawk/dragon doors or...

More of a wagon would have been cool, for many, but maybe not for the US market.

Overall, I’m a bit underwhelmed by what they released, but it could easily outsell the Model 3. Would have almost been a smarter move to put this out before the X, and the 3, really.

I find Tesla a difficult topic as a designer. The fact is, there just isn’t much here to discuss. The S had drama, but is starting to look old. The 3, X and Y could all be 5 year old Hyundais.

Now, I understand that from the start-up perspective. They were bringing a new technology to market with a brand new company and they may have wanted the design that said, “safe”. However, we are 7 years post-S. I’d like to see some evolution.

YES! They really do!

Am I wrong in thinking that Tesla was going to leave their technology as sort of “open source”? Or that they were open to leasing their tech to other companies? At this point, that really seems like a smart move. They’re clearly not that good at making cars, even though they’re beginning to have success. Their platform and technology obviously works, though. Would be cool to see what another company would do with it.

I think a lot of people do have the technology, but it’s a big change. It’s like a steam train company changing to diesel. 60% the same, 40% completely different.

Audi is launching the e-tron GT, a direct Model S competitor later this year, and a SUV (I think model X compeitor) any month now. Jaguar also launched the i-Pace to big accolades last year. I think the next 2-3 years, we will see the current auto giants jump in the electric market in a big way.

On the other hand, I read that Mazda thinks gas-powered will be around for another couple of decades (I suspect they are right). I don’t think I’ve even seen a hybrid concept from them yet. When I compare electric cars to similar gas powered cars in the more mass market sector, it’s hard to justify, imho. I don’t think it will get cheaper fast because batteries require a lot of material. There is no clear short cut for that.

Really surprised to hear ID people say it looks like a hyundai. I love the model 3 design,it’s aggressive but not too bold/masculine, right amount of sexiness and curves.

I mean… have you guys seen hyundai lately? Yuck:

That new Elantra is stunningly bad. The weird thing is the hatch looks great. 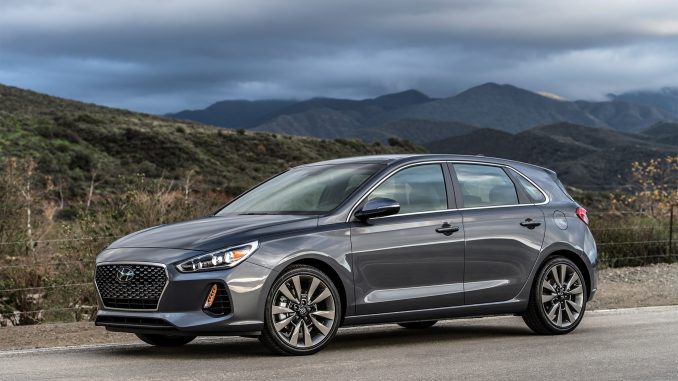 From the outside, I think this thing looks as nice a Golf. I don’t understand why US oriented models always end up looking so bad. I guess we really do have no taste.

As for the Model Y, upon reflection you are right. I think the Hyundais are a little more faceted. The Model Y looks closer to a Kia. However, I think the Kias have more character.

I saw one of these Elantra hatches on the road today. Super nice. Their GTI competitor is raising some eyebrows. I forget the model name on that.

They have the i30 N in Europe and the Veloster N for NA. I’m hoping we get the next generation to keep the hot hatch market interesting for us.

Tesla definitely needs to evolve a new design direction if they are to stay at the cutting-edge. The Model 3’s looks are underwhelming. @Elon fund me and I will start sketching.