What do you all think about it?
Possible “game changer” for the auto industry? 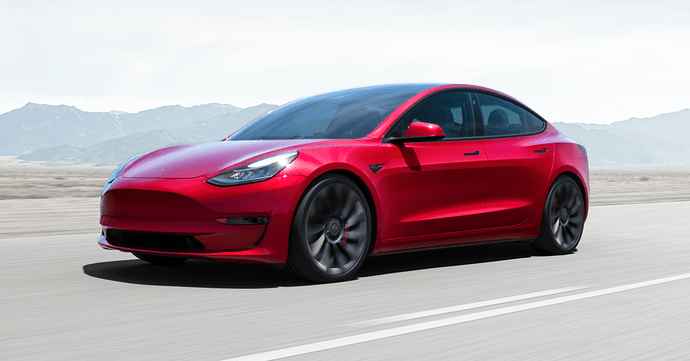 I was surprised they removed the grille vestige completely. I think that is really bold. A fast evolution from the S to the X to this.

My favorite part might be that humongous piece of glass in the back though with no structural supports! 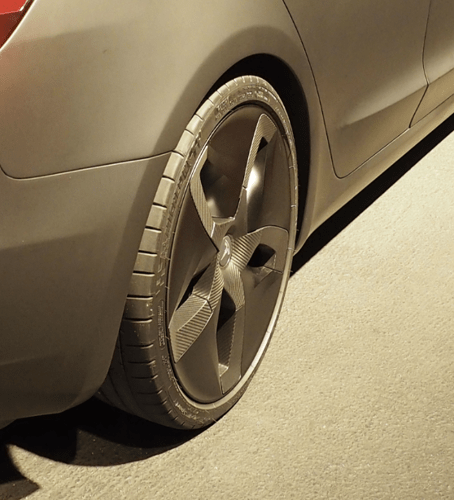 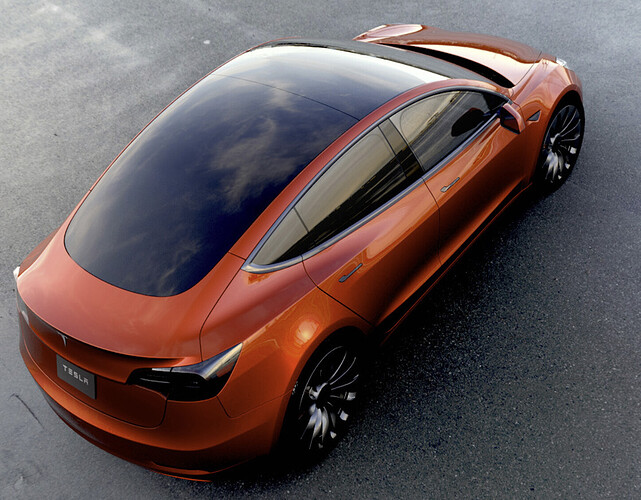 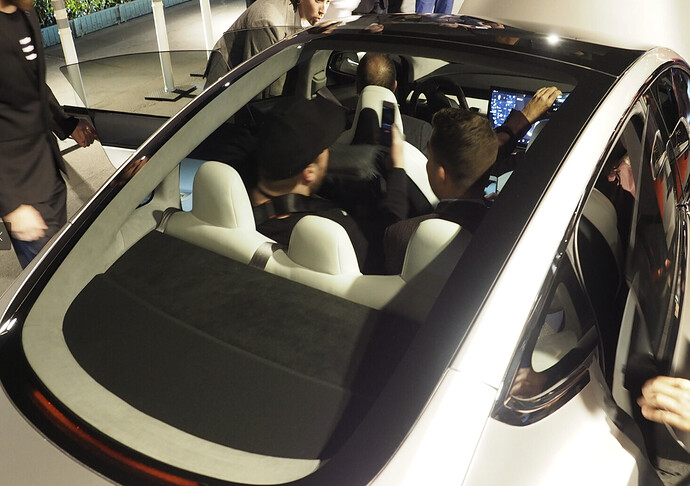 There is nothing really exciting here for me. The 3 represents the maturity of the Tesla skill set as an auto maker. High volume manufacture/quality is its next challenge.

The real intrigue for me with Tesla and its design capabilities, is its quick application of what it learns from its latest project. If you look at the progression from the Roadster to the 3, we get to see the rapid build out of the factory in Fremont, the charging infrastructure, the Giga factory in Nevada and all of those lovely metrics that Tesla is so famous for justifying its existence.

The styling is very 2011 and similar in aesthetic to the Hyndai Avante. The 3’s tight radius across the top of the 20th century combustion engine grill area is particularly disturbing. 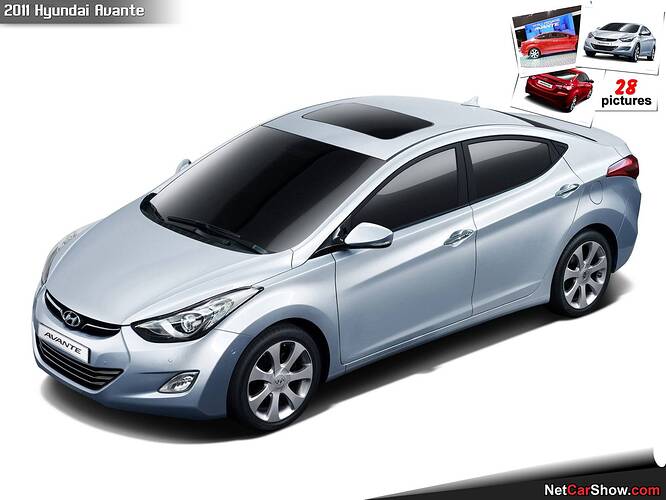 I love what we got to see today. Imho von Holzhausen is doing a fantastic job there.

Getting rid of the skeumorph grille is just right. It signals EV from the get go.
After some minute I knew what this snout remembered me of: The Renault Floride 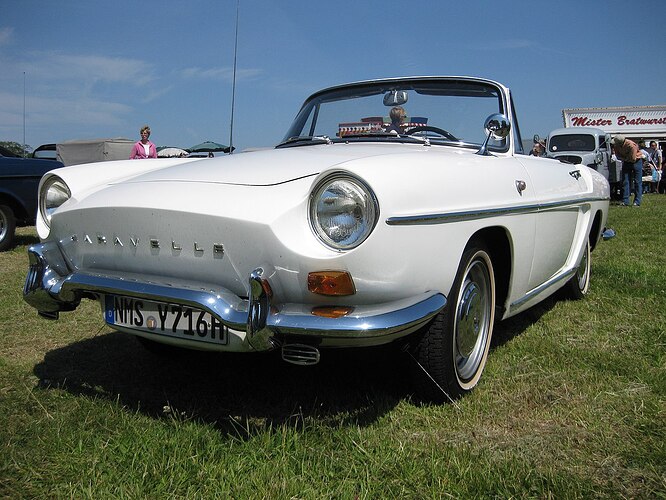 And guess what retrofit “grilles” are saught after period aftermarket items: 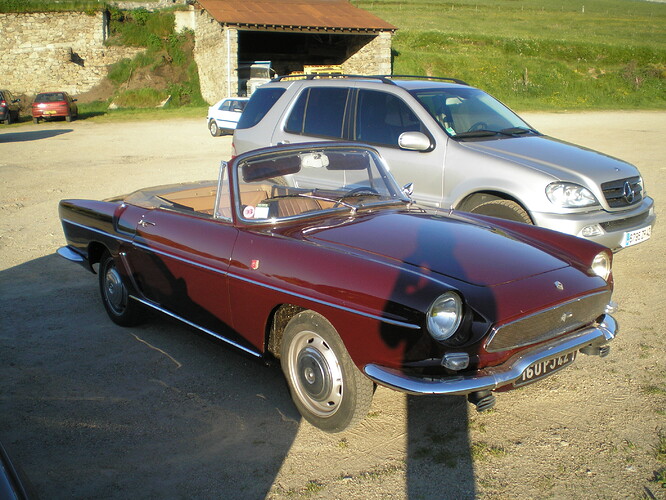 
Concerning the rear glass. In my eyes the cars presented today were little more than styling bucks. A lot of detail was left out. Did the rear hatch open once in the presentation? Didnt see it.

But whats even more daring than the grille less design is the profit less business model. Can they really pull this off? The major bet is the Giga factory. I’d want to see that one operating on scale before putting down a deposit…

It’s a baby S for sure - I’m not yet buying into the “sparce-ness” of it all, though. I can live with the lack of a gauge cluster (HUD means I’m not looking toward the vehicle’s center for my info and feedback) but I’m not a fan of the indication-of-but-lack-of any grille whatsoever - by leaving the shape vertical in a grille-type size and format, they’ve given our eyes a reason to miss it.

Almost put down a deposit last night, but I didn’t want to be #200k in line.

I don’t want a fake grill in front, but I would like… something… there. The surfacing suggests a grill, which makes it looks like it’s missing. And it’s going to look pants with a front license plate.

The interior is really interesting. It’s a huge departure from the long-standing trend of cocooning the driver in controls and information, which makes sense given the coming autonomous driving focus. Then again, in performance terms it’s clearly meant to be a driver’s car, so the two priorities seem to be conflicting.

There are some shots online of the trunk opening, it’s a tiny little door like the old VW Cabrio. The huge glass panel is cool, but not if it comes at the cost of a usable hatchback.

Overall, I like it. Makes the new Prius look silly and pointless. Or compare it to the Bolt, which looks like a car you would try to talk your way out of at the Avis counter.

I am in shock. Couldn’t believe they made that dumb mistake 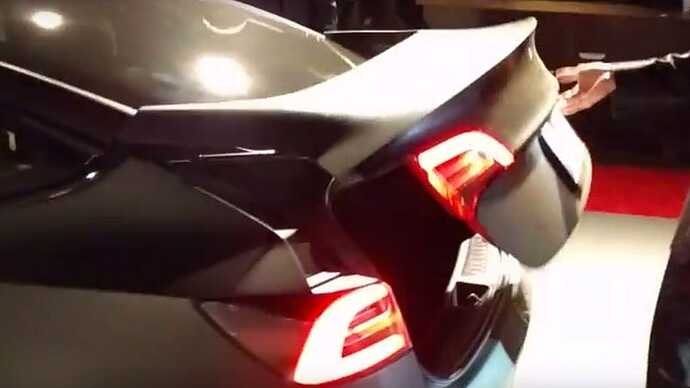 This one will cost them much of their targeted market or 8 months redevelopement. Would rear headroom become an issue wirh a hatch?
Why?

Sorry I’ll let my first statement about the design hang in the air but this turns it around for me. Personally I only once had a car without a full size hatch and I frequently had dreams of taking a hacksaw to it.

If Musk is really that clever they’ll let the glass swing up and the metal down. Creating something like a Pickup bed.

I absolutely love the front end design with the sportscar style nose, a hint for but lack of a grill and the headlights.
I think that by leaving design cues for where a grill should be but not actually including it works great. It creates this intrigue and statement “I`m electric”.

Bold move for sure. Its funny to read the comments everywhere "wheres the grill, bla bla" which shows how limited and fixed the perception of car is in consumers minds.

I think they have captured the “Tesla look” with this one.

Bold move for sure. Its funny to read the comments everywhere "wheres the grill, bla bla" which shows how limited and fixed the perception of car is in consumers minds.

I agree, they have the chance to shift the car aesthetic paridigm, its a step towards that. Not enough personally, but they’re at least hinting at it.

Personally I only once had a car without a full size hatch and I frequently had dreams of taking a hacksaw to it.

The rumor is the Model Y will be the crossover version of the 3. Same as the X was to the S. So might have to wait a few more years for that true hatch.

To my untrained eye, it is the best of the Ford Fusion, Mazda, Hyundai combined. Some Aston Martin Db9 thrown in too. I love it.

They mentioned the glass roof would be an option, so I can only hope that without a glass roof they give you the ability to have a real hatchback. Agreed that little porthole thing looks like a nightmare. It makes my tiny 2 series convertible trunk look like a Sprinter van when it comes to accessibility.

I understand that people want luxurious, sophisticated cars rather than cars that say ‘I’m electric’
Still I love the fact that these cars can be different in their design. The removal of the grill is a step towards a new aesthetic, I would like to see Tesla take a few more steps towards a more unique brand identity, rather than throwing in a lot of different elements (BMW rear, Porsche+Aston Martin front). Nowadays there’s quite a few Tesla’s riding around in the Netherlands, you know it’s a Tesla when you see one, but design-wise they don’t make a lot of impact imo. I think it will be a huge seller, many people will put in the extra ten thousand or so for an electric car that is just as beautiful.

The funny thing is, to me as a designer, the 3 is not that special at all. But I know I’m an outlier in what I can accept and what I would like to see. I think Tesla is doing things juuuuuust right for the majority of their current and future customers. Just wacky enough to be different, but not different enough to be uncomfortable. That’s hard to do guys!

The interior is great though. Wide open space, I think it’ll feel extremely roomy compared to all other cars. And yeah, the trunk lid is a weird choice. Curious why they chose that, I’m sure we’ll find out at some point.

Oh, and those turbine rims. Nice!

On page 62 of this month’s Car & Driver is a picture of what that front end treatment should look like.

The general proportions of the Model X’s glass bubble greenhouse don’t seem to fit quite gracefully compared to the S.
The Model 3 has those same proportional problems but they aren’t as pronounced on the smaller car.
I’ve always hated fake grilles and vents of any kind, but the Model S is such a good looking car I can get over it.
The way they handled the front end emblem on the X is unfortunate, so I’m happy they just went with a clean empty shape on the 3.
Reminds me of a Panamera. 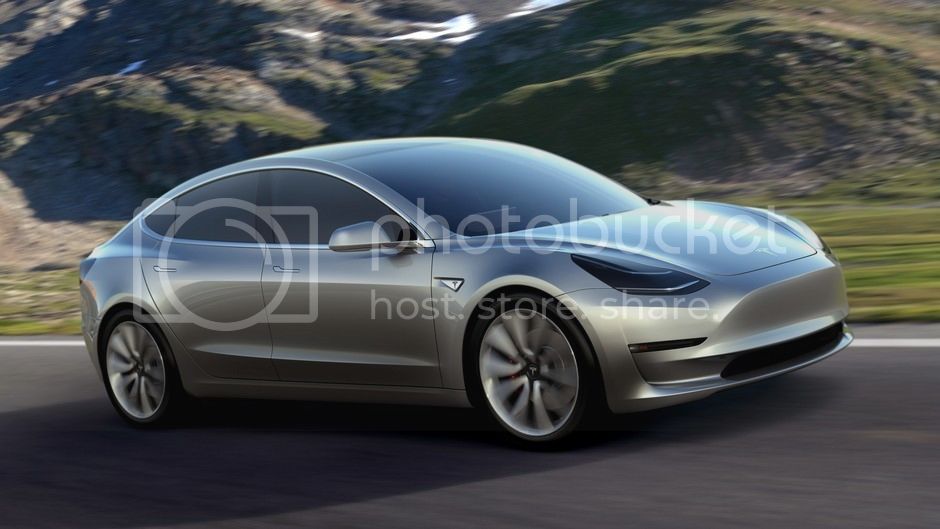 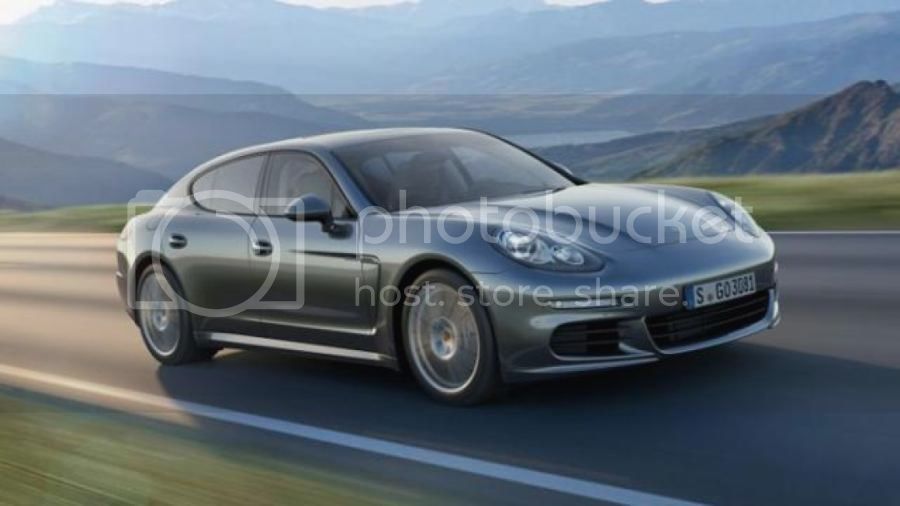 Its a real shame about the trunk though, that would be a major problem for me.

The space for the grille bugs me too. I get it that the shape is their signature right now though. I think I would have suggested face-lifting the S and changing to something else for the 3 and X.

Purely from a styling point of view, I think it looks like a slightly upmarket Mazda 3. The subtlety of the S works because of its size. On the smaller 3, it looks a bit awkward. Much the same way, in fact, that the Mazda 3 doesn’t look nearly as nice the 6.

I love reading Scott’s points about the perception of the interior. I’ve always felt the interior of Teslas look like something the Soviet’s would build: spartan, utilitarian, lacking concern for the driving experience.

Having said all of this, the brand is so strong, it probably won’t matter.

Horn it, grille it, plate it or winch it…have to do something with it. 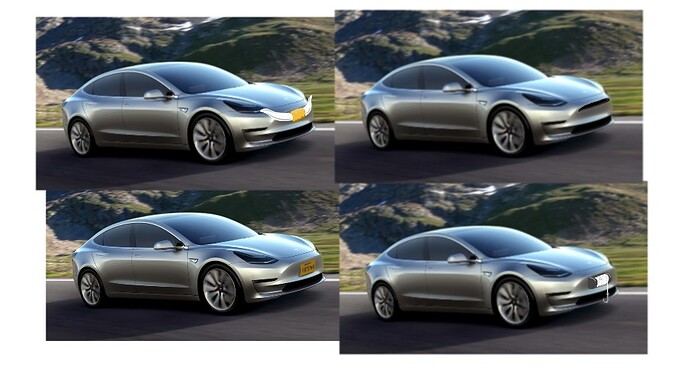 You know, with a plate on it, the whole no-show grill thing goes away.

Chris: I thought you would be more for the viking horns.

Ha! With the Helga Hair, too…