There are a lot of labour-intensive aspects (putting white space around arrows, leader lines etc), and a lot of other remedial work in Sketches on top of Drawing views to make things look right. It can sometimes be fun. But it ends up like working in Illustrator, with serious handicaps (forget about “send back/forward” functionality, among many other things).

If I was strictly drafting, I’d find these tools just awesome, that’s what they were designed for. But illustrating is different. Sometimes you have to ‘lie’ a little for clarity. The workflow (basically staying in Inventor till the bitter end) seems silly at times, like too much value is placed on the associative/update aspect, where it can actually be a liability with large assemblies. I’m just dying to export DWGs into illustrator and finish the job there, where the ILLUSTRATION FEATURES are!

Just wondering if anyone who’s done Technical Illustrating out there want to say a few words about tools or workflow they use, 'cause it feels like I’m trying to use a screwdriver as a hammer. Being my first illustration gig, I gotta ask, is this normal???

I think you alread nailed it - export the views you need and import into Illustrator for finishing.

I use this for instruction sheets and packaging illustrations. It works well. 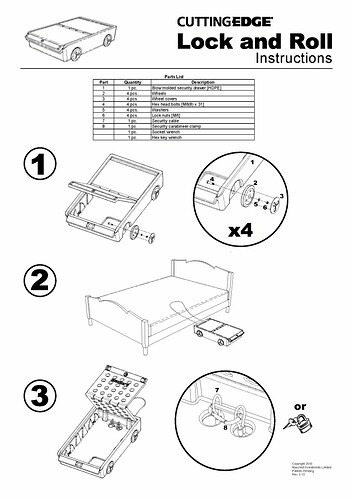 I think it depends on the level of detail you are trying to pull off. There’s a lot you can do in Inventor’s drawing module (as well as Solidworks) but the Illustration functionality you speak of is lacking. When I need to do drawings in SW, I mostly use that module because they need to be highly detailed and easily changed. Something you can’t do quickly using the SW>DXF>Illustrator method (which I use as well). I’ve had long conversations with SW people about this and have not gotten anywhere. Their attitude (as Autodesk’s as well) is that this is engineering software so take it or leave it. Thanks guys, I hope you appreciate my annual check.

oh my days, I cannot thank you guys enough, you have just halved my workload.

Fuck manuals, but this methodology makes it so much easier.

I’ve had long conversations with SW people about this and have not gotten anywhere. Their attitude (as Autodesk’s as well) is that this is engineering software so take it or leave it. Thanks guys, I hope you appreciate my annual check.

But I’m not bitter

Nope. Not bitter one bit. I love SolidWorks. Yeah, that’s it. Love it.

Thanks for chiming in everyone!

Good to know I’m not crazy. I would suggest a workflow like that and I’d get crazy looks from the higher-ups. To some in the engineering community, Illustrator is an unknown black box. So I mentioned using AutoCAD instead (it’s already on all the machines) for the finishing touches.

Well, it wouldn’t be associative to the models, so the answer again was no. Trying hard not to be a smart-ass, I had to point out that neither is the paper these things will be printed on… the associative line gets inevitably crossed.

Couldn’t believe how hard of a sell that was. But anyway, (and hopefully for different reasons) I don’t work there anymore.

I don’t want to trash-talk anyone, it was a friendly, nice place to work, with lots of social events etc, not too stressful. I just wanted to save them some money, but sometimes the sun and the stars orbit the earth, and the earth is flat. In hindsight I should have prepared a more compelling case for my proposal.

Sometimes it can be a hard sell to try and get people to try new things. It’s especially hard when you are fresh out of school. At my first job after graduation I had to put together a 150 page architectural specification book. This included drawings, diagrams, text, chapters, section and page numbers, custom graphics etc… and the bosses wanted me to do it in Microsoft Word??? You have no clue how much convincing it took for them to let me do it in InDesign. They just automatically assumed that since it was just a text document that Word is the only option. That was super frustrating.

In situations like those, I think of it as a fight of astronauts vs. dinosaurs. 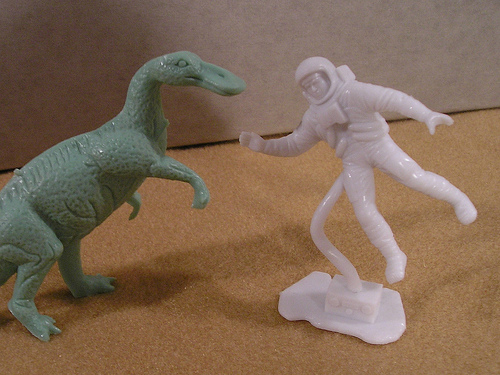 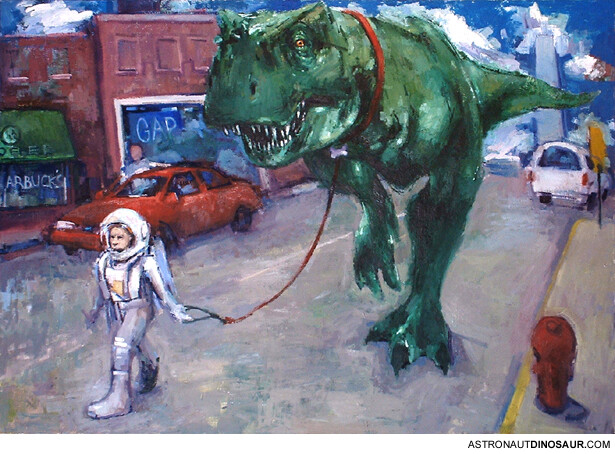