We are looking to get some tablet PC’s here at work for sketching away from the office (we use the big Cintiq’s here). We really want the Toshiba:

But our company uses Dells and we’re not sure if their new tablet is worth using: 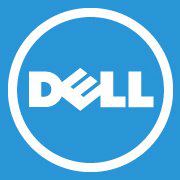 Just wanted to see people’s opinions on these; if the Dell isn’t ideal, we would just get the Wacom 12WX as a secondary tool for our current non-tablet Dell PC’s so we can still have network access and a quality sketching tool. We would be using Solidworks as well so we would need to preserve good performance.

The Dell is really meant for ultra-mobile performance and as such has a very slow 1.2ghz CPU. Fine for running most applications, but not if you want to be running Solidworks.

The Toshibas are good units, but if they’re willing to pick up a 12WX for your existing machines that might be a good choice too. Just keep in mind the 12WX is “portable” but not “mobile”. The cables + converter box that are required means it’s not bad if you want to leave it home or pack it with you for a trip, but you won’t be doing any sketching while on an airplane. That to me is the power of the tablet that the 12WX doesn’t afford (but not everyone needs it).

I just bought a Gateway C141XL and have been very happy with it. It has a bigger screen, more RAM, bigger hard drive, better video card, and the same processor as the toshiba. And, its CHEAPER than the others. But, it is heavier and larger than the others. It’s worth checking out. A few others on the forums here have Gateways and they seem to like them too.

The specs on the gateway look really nice plus it has the 14" screen which is good.

The Gateway is a nice machine. It is powerful enough to run SW as well. Been using it for 8 months I think…nice.

I’m using an Asus R1F and it has a 14" screen as well. It’s solidly built and has a nice pen to screen response.