I’m currently writing a paper on sustainable design, specifically in the footwear/sneaker industry and I was wondering if any of you could answer some questions to provide some jumping off points. Feel free to answer one or all or say anything you like about the subject. Basically, why is sustainable design important to this industry? What is is the past of the situation, ie. what was the environmental impact like in the past vs now for manufacturing sneakers? What is the current situation like, what technologies and processes are companies to using to be more sustainable? What is the future like, how do you see companies moving forward?

I hope it doesn’t come across as asking you to write my paper, but I just wanted to get some discussion going on a pretty relevant subject.

sustainable design is important to the well being of humanity not just the footwear/sneaker industry. Everyone has the duty to act in a way which does the least damage to our “spaceship earth”. Footwear designers are just part of the mechanism, marketing, development, factories everyone has a duty to facilitate the creation of more environmentally friendly solutions.

What’s different today as opposed to 20 years ago? More people on the planet, more disposable income, bigger and better research facilities, more waste and more knowledge of the pollution we cause such as the Great Pacific Garbage Patch.

What is the current situation like? Judge for yourself, not one answer to your post since you posted one month ago. Your project deadline has probably passed. Personally I don’t think there is enough concern and urgency, others disagree. Its not just designers who seem unconcerned its also the world leaders, the people with the greatest civic duties. It appears that at the current UN Rio+20 earth summit “the problems on the table are depressingly similar – and still unsolved”.

In case you didn’t spot it, here is a lengthy discussion on the subject of footwear design had on this forum, mainly between seasoned footwear designers.

This post isn’t targeted just at Athletic Footwear designers, but its the design area that I have greatest insight in. Most footwear designers want to design the fastest, lightest, or most visually impacting products. In doing that they select the most suitable materials, PU cage moldings on the upper, Teijin Microfibres, or Cobec metallic synthetics, Polyester sandwich meshes etc. But what about the long term life of the shoe, what of the millions of Nike Free Cross trainers 2 years on lying …

The future? Who knows, over the last 10 years environmentally friendly solutions have come and gone. Nike has been the leading pioneer amongst athletic footwear companies. The Steve Nash Trash Talk shoe, the stitch-down no glue soles on the first Nike considered boot and today the Flyknit upper to name a few innovations. But ultimately it seems that shareholders want returns on their investments and that means bigger profits, something which is probably currently incompatible with environmentally friendly design.

Nonetheless today new business philosophies are being explored, how they will play out remains to be seen.

Mark Zuckerberg recently stated in a letter to investors, that “These days I think more and more people want to use services from companies that believe in something beyond simply maximising profits.”

Richard Branson said “One of the most devastating theories of the Seventies was that no matter what it took the primary purpose of business was to maximise value for shareholders. This led to a variety of social ills where businesses polluted, discarded employees at the drop of a hat, or created unsustainable short-term gains. I believe that business can be a force for good, and that by doing the right thing it will prosper. Businesses that do well while doing good will thrive in the coming decades. Those that continue with ‘business as usual’, focused solely on profit maximisation, won’t be around for long – and won’t deserve to be.”

With regards to the athletic footwear industry here are a few interesting youtube videos about Nike environmentally friendly efforts. Also watch the videos in the sidebar. 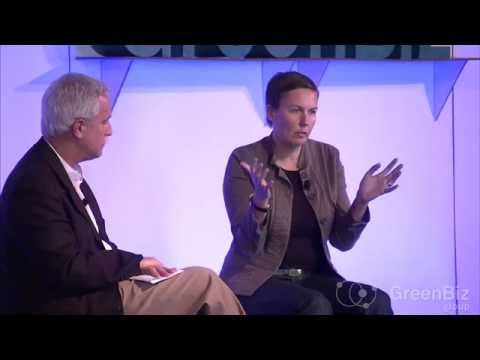 And the most recent UN Rio+20 earth summit talk by Puma chief executive Jochen Zeitz. Some of it discussed on www.footy-boots.com

IS IT FULL-TIME FOR LEATHER FOOTBALL BOOTS?

Puma announce they will be moving away from leather footwear in the future - is this the end for the classic leather boot?

Technology wise the future might look like this, localized/regional footwear production. But a more profitable business model needs to be created to make this possible.

Good luck with your research.

One more thing about the future of footwear design.

Consider the opportunities of additive fabrication and 3D printers.

The Nike Flyknit is probably the first example of additive fabrication in footwear and once this kind of fabrication extends to soles using 3D printers it might make localized manufacturing (made in the USA) feasible.