Now that I have graduated, I am majorly tweaking some of my best work from the last 4 years that I want to include in my portfolio and one area that needs some work is the area of context/environment for the product/user.

Every “money shot” image I have of my final model has always stood alone, on a white background, with no context of where it is used, how it is used, with a user in context… etc… so I intend on fixing that.

I have seen some really cool portfolios, in which a 3D rendering has a hand or person holding/touching/interacting with the product and was wondering how that is created? I assume a lot of it is Photoshop, but I was wondering as to how a hand is superimposed so successfully into a 3D rendering, that it makes it so realistic; as if the rendering is a real product with a user!

For example: I have a project that I want to include, which is a coffee maker/percolator. I don’t have a successful 3D tangible appearance model to photograph with a user holding it, pouring coffee out of it, in context… but I do have a really great Rhino model of my coffee maker!

So can I just take good photographs of a person’s hands posing, pretending to hold a coffee carafe, pretending to pour the coffee in a kitchen setting… etc and then photoshop a Keyshot rendering image of that coffee carafe, in that same angle/position of those hands? Is that how most of you would do it? Or is there another way of going about it?

Yes. Hold something very similar to get the most natural hand position. Remove the object and photograph the hand. Then place the photo as the background in your rendering software, and match the viewing angle, perspective and lighting. Then render your model (without background, with alpha channel, z-buffer or any other tricks to get suitable layer masks). Now Photoshop magic.

You are a genius! Your instructions are simple and make sense. I will try it out. I hadn’t even thought of placing the photograph of the hands into the actual rendering engine to use as a background! Genius! Thanks!

I usually do it the other way: I have the rendering first, and then I set up a shoot in similar lighting (at least direction of primary light, so shadows are the same direction). I usually have the rendering next to me so I can position my hand “over” the photograph and holding a prototype or something similar (like engio). The rest is just masking the hand out of the photograph and adjusting the color balance and levels to match the lighting of the rendering.

If you have the ability to get a physical prototype (like an SLA or FDM model) that always works best (and it will make the job of shadowing the hand easy because your prototype will cause your hand to deform properly) but if you don’t finding something similar (foam or a similar shaped product) will work well.

I would shoot the product in your actual hand so that you get the hand to look and fold correctly, then super impose your model over that image in your rendering software, but don’t actually use that as your final background (generally the renderer will distort the image slightly - depending on your package or settings). Once you have everything lined up turn off your image plane, render out the image and composite everything in Photoshop.

Also consider how your hand will reflect and shadow your model, and manually brush in those details if you can. Or, plan on photographing your hand in a position that would cause the reflections (if your finishes are reflective) to fall out of the viewers/cameras perspective.

Take a photo of someone holding/using a similar size/shape object.

Bring the photo into adobe illustrator and pentool some line work of the hands.

You have the freedom to turn and move the hands now how you like.

Wow, more great suggestions! Thanks guys. I had not considered actual linework tracing of hands too, so that might work just as well as real hands. I have seen some portfolios showcasing the final product rendering being used/interacted with by “linework” hands versus real hands. I will try that one out too and then decide which one I like best. Thanks for the tips guys!

By the way, RyanID, is this what you mean by using a line drawing or trace of a hand done in Illustrator, instead of real hands?

Its very effective and probably less complicated to accomplish than what I was originally asking to do?! 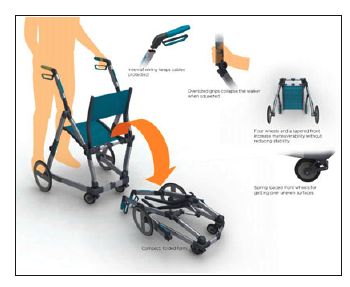 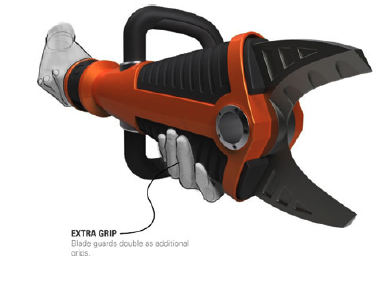 Illustrated hands can often work just as well. Especially if you are shooting with your hand and you have knarled up finger nails, some scabs sticking off, burly knuckle hair, etc. IE if you are not a hand model, don’t try to be. This is when it’s good to have some ladies around with some nicer fingers

Yes, the image on the bottom (picture8.png) is what I was referring to. In that case they used line-work to do what I would call “silhoutteing”. You can really style it how you like, solid vector shapes, literal line-work, outlines, super-imposing over an image.

I agree with you that this is versatile and effective. It’s just another tool in the toolbox, and does a great job when used appropriately. A final “glamour shot” or whatever you call it might sell your product better. Just consider the purpose and the audience.

I’ve included the original photo used for the photo you posted. I essentially did what others recommended in the thread. Brought the images into keyshot as a backplate. Matched perpective and angle. Rendered out just the product and drew in the hands to match. 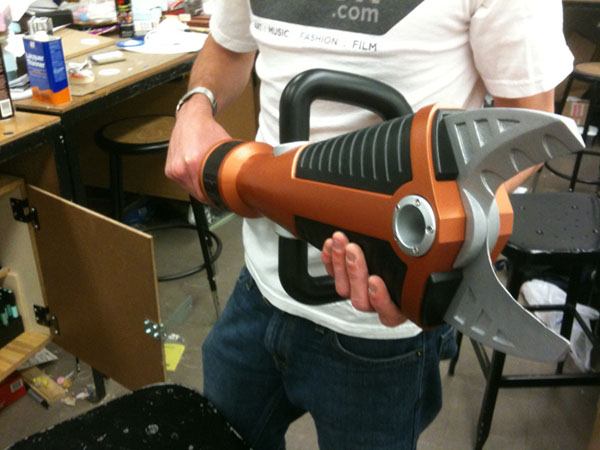 What an awesome visual aid, Sain! Thanks so much for posting your original image you started from. I tend to be very visual to begin with and seeing it is sometimes better than having it explained to me. I can now go back and use it as a visual reference and try to emulate the techniques written about thus far. I hope you didn’t mind me posting your work without asking. I hope it wasn’t a problem. I am grateful for all the help thus far in helping me understand the many ways of going about achieving the result I was inquiring about.

I think I will try out the silhouetting technique first on one project, as in the coffee maker, and see how it looks and then later on, I will post my result for critique and feedback. Wow, this site truly does rock! I always can count on the generosity of its members. Thanks Engio, Ryan, Said, Cyberdemon and Tarngerine!

Oh, by the way, Cyber… you are right about not using one’s own hands for posing with one’s appearance models. I don’t have the prettiest nails/cuticles and they look busted as of this moment!

So the silhouetting method would probably serve me the best as of this moment, as I have no good hand models to count on.

I have many photos I have taken during the last 4 years, mostly of in-process foam model making, and in most photos, I made sure I chose an angle that didn’t focus on my busted fingers or where my fingers were turned away from the camera!

Man, I wish someone in my current household (am living with Madre) had nice hands, but theirs are just as busted, including Mom’s! Ooops, sorry Mami.

I was going to post the same topic! Thanks everyone for all the advice!

That’s why this site rocks!