Supercars of the week: McLaren and Merc SLS

McLaren’s MP4-12C (a name that rolls off the tongue) has just been posted to the internets. yawn Typical swoopy supercar styling. Interior is very well done though and the gauge cluster is pretty nifty. Sadly, they tried to ape their own F1 doors, but on this car it looks more like a Honda Civic door conversion. 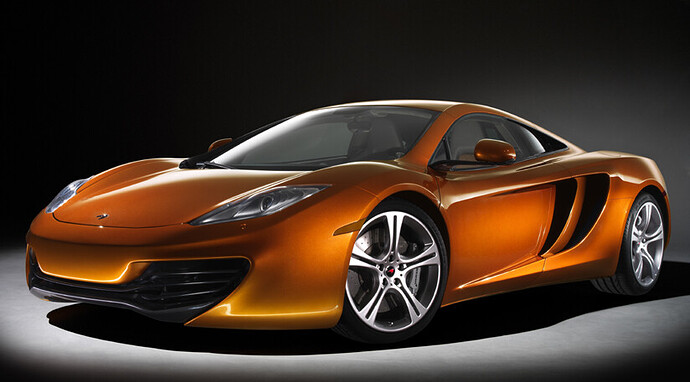 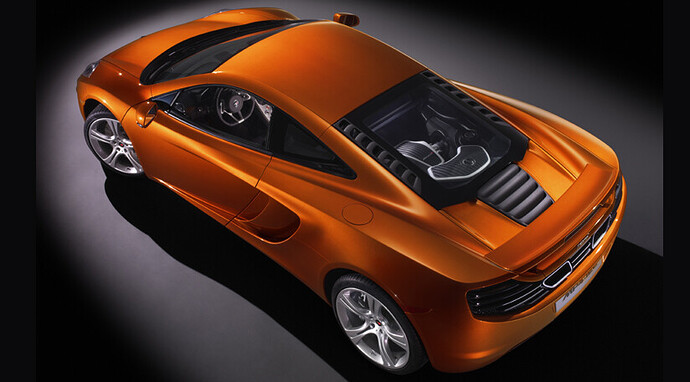 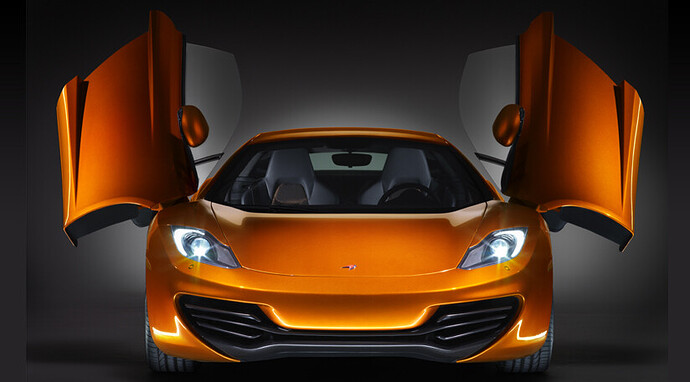 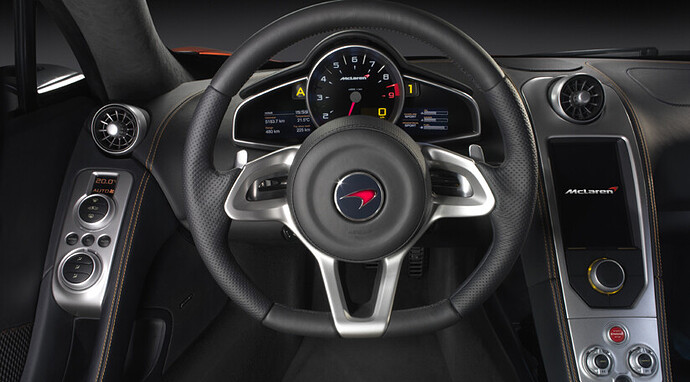 Meanwhile, shareholder Mercedes-Benz revealed it’s SLS AMG. The SLS appears to be what happens when you try to ape the general shape of the old 300SL, but paste every weird SLR vent to it. 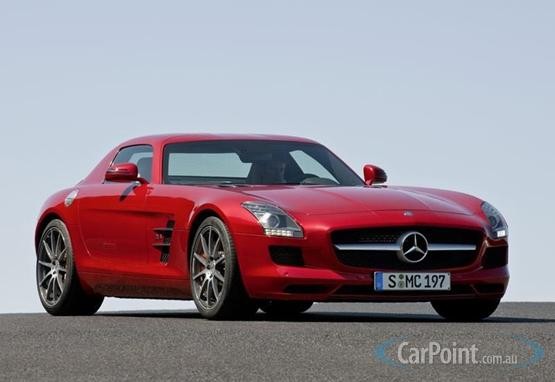 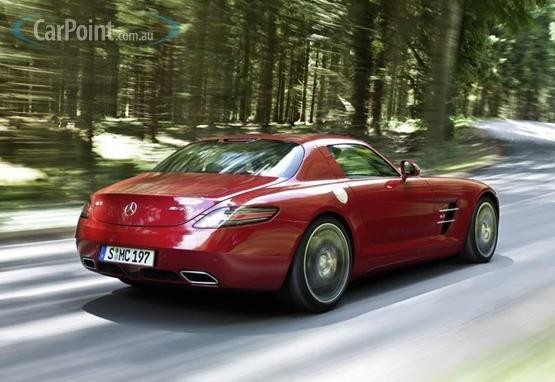 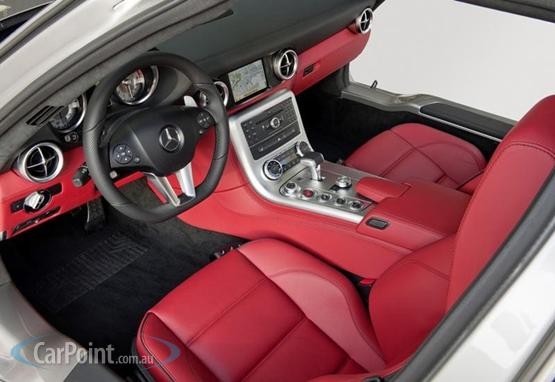 What happens if you cross Viper with a Miata? I like it thou. Don’t like the front of the Merc.

The McClaren is nice, but pretty familiar all around. Could be a Saleen or Tesla, or a Lotus…

The Merc seems a little bland too. I really liked the garishness of the SLR, very much a caricature. This looks like it’s trying to be too refined. The head light shape, and being right above the vent reminds me a lot of the GTRs too. 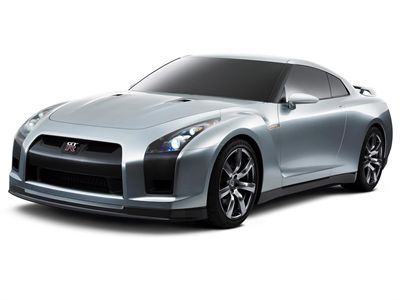 I’m a fan of the Merc. Particularly that rear 3/4 view… very nice, and very similar to the 50’s SL’s. Mclaren, boring. I didn’t even know they were still making cars…

I like the Merc and I think it will be one of those cars that works well in person. I think it looks like a hot rodded, modernized version of an old SL… if anything I would have made it simple. Caricatures are what those guys at the mall draw, not what an expensive vehicle shold look like.

The McLaren is a real shame, especially after the F1 which was one of the coolest cars ever. The sides of that F1 are still phenomenal.

Yo: Agreed. I’d make the equivalent of a pro-touring SL 300 if I was Merc. I liked the SLR too. It was totally insane. Mind you, I think you need to be a douche to own one, but it was extreme, which is what I expect for $200k+

As for the McLaren…looking again, did anyone notice the a/c controls are on the armrest? Kinda cool. Very bland exterior.

McLaren is forgettable. Not terrible but doesn’t have the “holy crap” reaction like a supercar should (either that or a “wow- that’s a beauty” reaction).

I like the Benz. Especially the rear view. Looks very well resolved. The front could a bit more (or less rather as the case may be). Something about the light and the vents below them just seem a bit off. Rims are kinda ugly too. (how great would it be to have body matching color rims like the original?). If you PSd the grille logo out would almost look like a Mazda RX8 ??..

914, not sure what you are referring to as “paste every weird SLR vent to it”. The only vents I see are on the side, the same as the original SL.

FWIW, I found this (photochop I think) pics online looking for reference pics… almost like it better (though the lights are a bit googly eyed). The lines over the wheels are a nice throwback as is the more sculpted hood.

Actually, it doesn’t have that many weird vents…They are all so noisy though. There are these two on the hood and then the side vents. It’s just too pimp-my-SL for me. 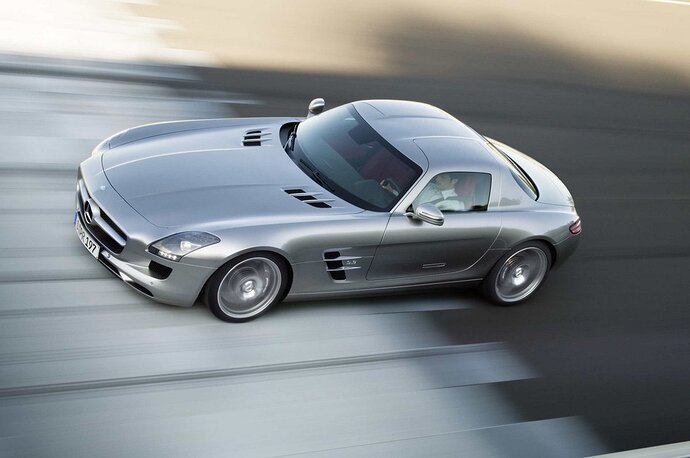 Looking at the PSed SLS that Richard found, I think what the production one is missing is those creases over the wheels. It lengthens the body, makes it look like it’s lower and sleeker. Shame really…those would have really made this pop out from everything else on the road.

Hmm, I hate the Merc, like the McLaren (although they should have had Peter Stevens do it). The McLaren interior is very reminiscent of the Lotus Evora. Ignoring the styling, I reckon the McLaren will be the better car. It will probably be at least 500 pounds lighter.

The mercedes reminds me of a poorly executed Z8, seems to be identical proportions.

Everything designer in me wants to dislike that car, but for some reason I can’t. I think its just like the Saturn Sky, it just has awesome proportions that catch your eye.

prefer the original design sketches i think . . I like the dual air intakes being repeated in the front bumper. . .although I agree it doesnt have the wow factor. 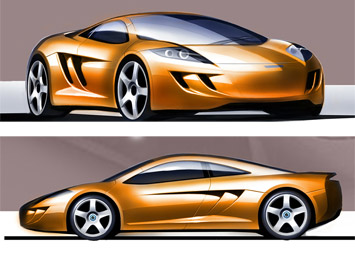 I like the simplicity of the sketches, the double vents repeat, and the back looks much more restrained, at least what shows in the side view. Also judging from that view, it looks like there was a little bit more peaking in the plan view intended.

The front wheels are set back a little further than I’d expect for a McLaren. I’m kind of disappointed they ditched the central driving position. That made it feel so much more like an race car.

Does each occupant get their own HVAC controls, or did they just put them on the left so my wife can’t keep making it warmer?

Does each occupant get their own HVAC controls, or did they just put them on the left > so my wife can’t keep making it warmer> ?

There is a disable feature for this function, I just haven’t found it in my Owner’s Manual… . .

NYT article on the McLaren:

From Race Track to Road, a Sports Car Is Born (Published 2009)

Frank Stephenson, the designer of the Mini and Fiat 500, creates a car for McLaren.

Lol, everybody is a designer ey?

I rather like them both. I think the McLaren is nice and clean, prefer it over the ferrari 458. It might not be as spectacular at the Ferrari or the LM but it’s simplicity should keep it pretty for a (slightly) longer while. I’d even go as far as to say that it looks designed by a product designer instead of a car designer…

The SLS has grown on me, didn’t think I’d like it at first. Must be the proportions. and the gullwing doors. And to be honest, I even like the 4 vents. The streaks over the wheelwells would have been awesome.

To think I thought myself picky…

McLaren was tested on Top Gear last week. Some interesting comments from Clarkson at 5.44 in the video below. “In every scientific and mathematical way this IS better… but there’s something missing, something that can’t be measured… there’s no zing”

“There’s no art. You get the sense it is shaped by software, and science… which it probably was”
and my favorite “Hmm Fun? I must look that up in the dictionary.”

PS. I can’t believe this thread is 2 years old!

It’s funny reading what I said at the time. Now, I’m a big Mac fan. Personally, I wouldn’t care that it lacked zing, it’s an amazing car. On the other hand, the SLS is completely forgettable already.