Um, would be nice to know what their definition of superbrand is? And how were they ranked? And what is the difference between consumer and business?

5 of consumer brands I have no idea what they do or their logo looks like. 3 I don’t even recognize the name. And Google holds both #3 and #19.

Interesting, but there is no reference. Who did this? Why? Where?

I really doubt that Apple has fallen. In fact, I bet there is more recognition (at least in the US and Europe) of the Apple logo than Rolex.

Well… for money, of course.

Im sure that google and coca-cola are devastated by this news.

I didn’t catch the bit that said “voted for in a national survey of 2,000 adults”. Yep, hands up, not the best of information. It would have been better to take the values off of the stock market.

I just found the site it came from if anyone’s interested: http://www.superbrands.uk.com/

Isn’t UK Finance an oxymoron these days? No wonder this makes no sense. I seriously doubt John Lewis is more of a super brand than Apple.

From many of the member names and titles it is an association of media and advertising agencies.

The “report” looks like a vehicle to take to the brands and tell them they need to spend more in a given market. Why superbrands? Because like banks, that’s where the money is.

Dropping a huge player lower in the rankings, excellent strategy to keep them on edge and spending. Putting a name like Rolex on the top is a reward for the amount of ad dollars they spend.

It’s a UK brand list and the results reflect it… not necessarily saying the results are biased, but maybe it is if it’s based on a poll of only British people
(especially seeing how low Apple is - everything I’ve heard show’s iPhone is gobbling up the the mobile market compared to other smartphone manufacturers)

I can’t believe a paint company would be eighth, unless brits are that much more excited about house paint…wow. Rolex still bothers me too.

I can’t believe a paint company would be eighth, unless brits are that much more excited about house paint…wow. Rolex still bothers me too.

Ha. Yeah, you ask anyone here in the UK to name a paint brand and they’ll say Dulux. Just reminded me of a great advert they did a while back, all in stop-motion: 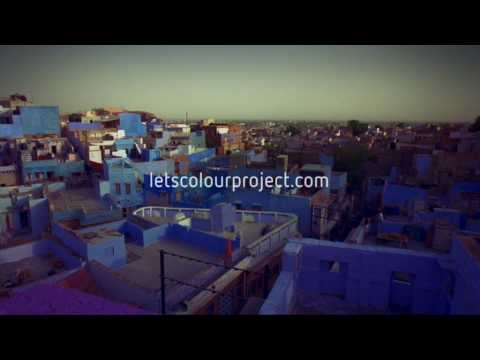 Playdo: I know not all British companies are enlightened, but what a fresh contemporary enticing commercial.

… what a fresh contemporary enticing commercial.

No kidding! It would be more than a little interesting to see how it was made. It looks like elapsed-time footage, but given CG capabilities I wonder if it is? A clue might be the speed of “pans” and “pulls” vs. how fast surfaces are being covered. The last portion (where the city is being covered) is definitely CG.

@Lmo: As you said, the final bit looks like it was done in CG. The rest of it isn’t: 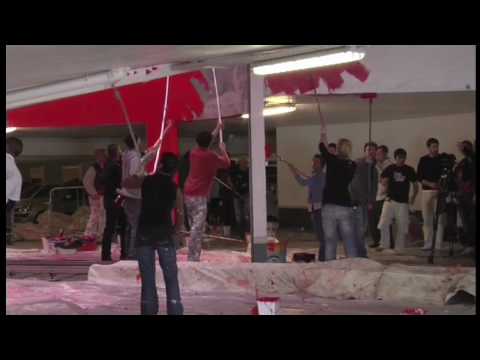 Thanks for posting that.

Kind of leaves Sherwin-Williams’ motto behind the times … … boy did they miss out on an op.