I feel like normally there are 3 or 4 great car ads at the suprbowl. This year the only one that caught my interest was the Kia Telluride spot:

Kia has been killing it lately, agree that theirs was the only car ad of note. Supra was a runner up but only because “supra”

I agree, the KIA ad was good, but I’m very partial here. I am from West Point, GA / Lanett, AL area where this ad was filmed and where the factory is located. KIA coming to the area was an economic boost (obviously) and an emotional boost after folks were watching the historic foundation of the area literally crumble and being demolished. A university, Point Univ., from ATL also relocated there, so there’s a new vibrant energy that’s developed in the past few years. Restaurants, brewery, pubs, Korean restaurants (of course).

Another short documentary on West Point, GA and KIA that’s better, imo, and thankfully doesn’t have that kid talking : - YouTube

Telluride does look interesting and can apparently go through lakes

It’s so weird that the Big 3 pull out of cars when Hyundai/Kia is investing in them AND about to take a chunk of large SUV sales too.

Ray, I totally agree. It seems like an odd one. I do think a lot of car makers have too many products though. Perhaps I don’t understand the manufacturing economies of scale in that industry. It just seems like a brand that is doubling its model line in SUVs is potentially just reducing their volume per model to get a marginal gain in marketshare. More marketshare but less profitability. I’m sure there are business cases and financial models that supports these decisions, but how many cross overs can the market sustain? I think the industry chewed threw that with sedans and this is maybe what has lead the domestic makers to think there is no money in them. Sedans will still sell, just fewer of them and they need to be better.

The German makes are all in large product lines, and they are the most profitable in the world. It doesn’t make sense to designers (me included), but I guess the extra cost of making a unique niche product (5 series hatchback?) is less than the sales generated. It makes it all the more confusing that Detroit wants to trim their product lines when the most profitable car makers seem to be concentrating on categories that might deliver under 10k globally a year.

The German makes are all in large product lines, and they are the most profitable in the world. It doesn’t make sense to designers (me included), but I guess the extra cost of making a unique niche product (5 series hatchback?) is less than the sales generated. It makes it all the more confusing that Detroit wants to trim their product lines when the most profitable car makers seem to be concentrating on categories that might deliver under 10k globally a year.

When you have wide margins, you can open things up. Tight margins will create contraction. Ford offers 5 pickups. Mercedes has 0.

The point still stands, but just because I’m a car nerd I had to point out:

apparently if you need to pick up a few cases of wine directly from the vineyard while listening to some bad alt rock, this is the vehicle for you

I’m with you. Targeting that Lincoln Blackwood segment?

But the point stands. BMW has a lot of car platforms, it is easier for them to iterate in car and CUV segments that take advantage of those platforms. It just feels weird. They still have to spend all that money on metal, plastic, and glass tooling, re crash test everything, spend marketing dollars, deal with inventory, just to sell a few thousand units of a car that might have already been a BMW sale anyway. It’s good for designers, unless they are trying to cram more models through the same design team.

We had a “Less SKUs” initiative at Nike for awhile. Mark Oarker would say “don’t show me new and different, show me new and better”. In the end the brand was so big with so many unique retail channels and regional needs the product line continued to grow. The organization was a new product development machine so making more product and amortizing tooling costs was very comfortable. Maybe that is what is going on here.

The romantically logical part of my brain just always gravitates to that mythical Steve Jobs moment where he cuts the company down to 4 key products. I believe it was the iMac, the iBook, the Pro desktop and the MacBook Pro (that was pre iPod).

I guess the X-class isn’t in the US. After reading reviews in UK mags, I assume that it’s the euro equivalent of a Miata: a second car that you drive on the weekends. It’s for the wealthy people that have a cabin or a vinyard.

It doesn’t make sense in the US context because we have so many pick ups, but the Ford F-150 hasn’t been sold continously in Europe, and Rams and Chevy pick ups were never sold (to my knowledge). Pick-ups are seen as rarely as Lambos, or maybe even more rare.

In Europe, contractors us small mini-vans with no windows and farmers use Land Rovers.

Strolling off topic here but it is interesting to see that in SoCal the van thing is catching on like it has been in Europe for decades. I’ve got a contractor doing some work at the house today and he pulled up in one of these Nissan vans… serious deign opportunity to make this interior more functional… 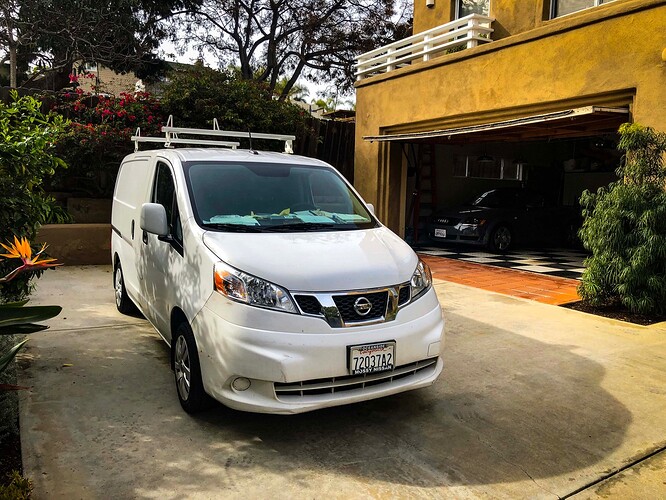 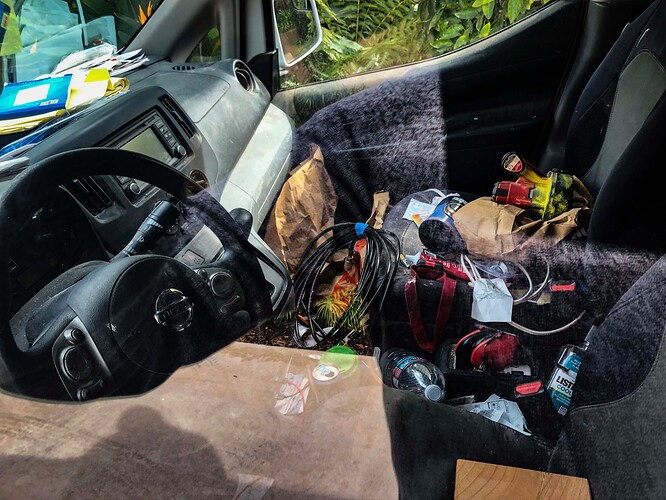 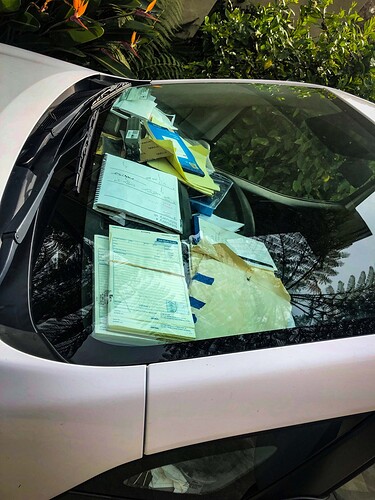 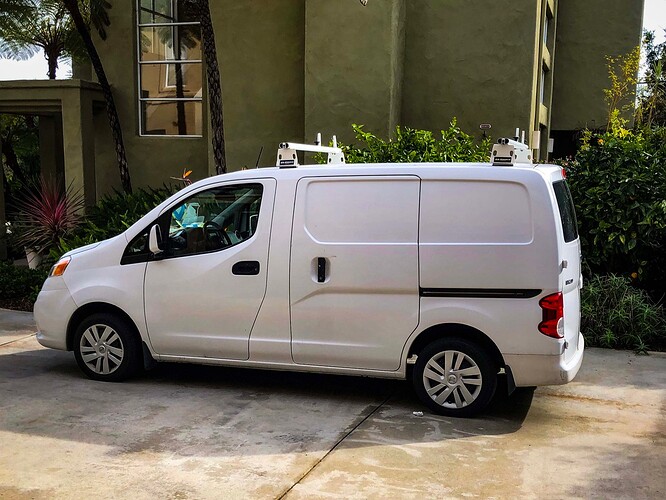 Contractors are getting conscious to cutting costs.

Something that I found brillant in the European vans, that I haven’t seen in the ones sold in NA is a roof flap that can open above the rear doors to allow longer items to be stowed (ladders, metric equivalent 2X4s).

Those F150’s are going for big money these days! Beside, personally I’d want to lock all my gear up and maybe have a little sun/rain protection. They just seem to make sense… so I expect there to be a BMW version soon…