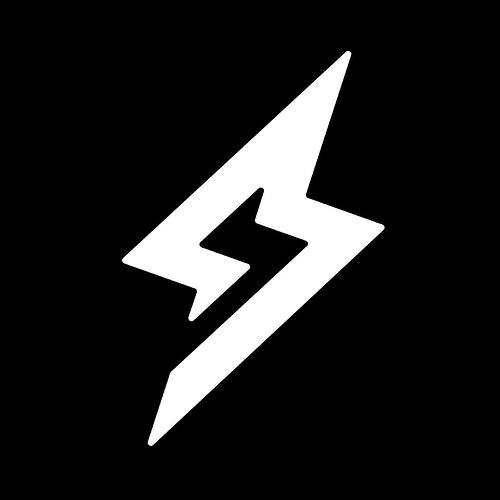 The Super73 C1X Electric Motorbike - Get First in Line Today

A $73 reservation today gets you first in line tomorrow. Everything about this bike has challenged the status quo of powered two-wheel transportation. 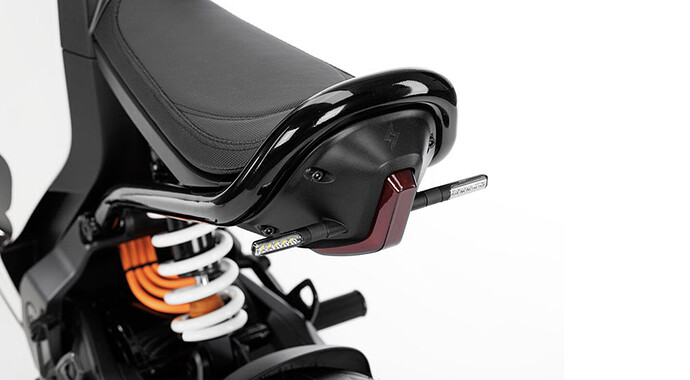 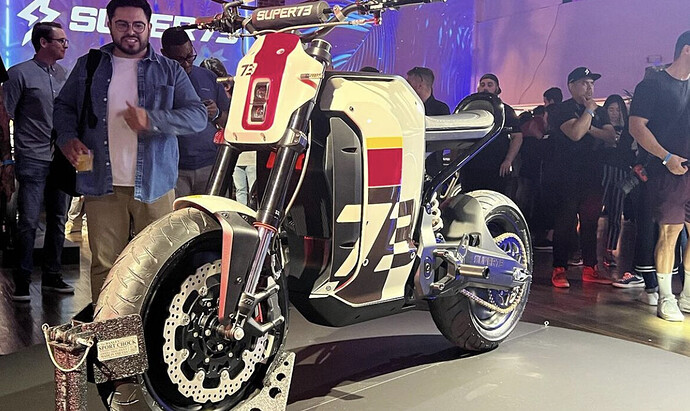 It’s pretty cool looking. I like the big slab feel, though I wish they’d pushed it a bit more on the rear end/seat area; it looks so different than the front and middle (but is clearly legacy of their other models).
I wonder what the “clutch” lever does. They didn’t really hook it up to the rear brake, did they? That would be whacky. And silly. And definitely not DOT-approvable for stateside sale, if this is sold as a motorcycle, which it appears to be.
Getting good rubber for the special wheel size might be challenging.
Cool to see how much final drive reduction is needed with a motor: that rear sprocket’s enormous! I wonder if there’s another reduction before it gets to the countershaft sprocket.
Man that website is a hot mess of “cool” interactivity; barely usable and couldn’t find any specs.
Where’s the show pic from, Michael? Another side note on that pic - totally drives me nuts that they left on the mfg. sticker on the front wheel chock!

I’m friends with one of the designers that works there. That image is from his IG. Jamie Seymour on Instagram: "Yesterday @super73 debuted the C1X concept, a compact electric urban moto. Though the design was finished before I arrived, I’m proud to be part of this team and see lots of potential in our future. #super73 #super73c1x #emoto #emotorcycle #electricmotorcycle #motorcycle #motorcycledesign @cardesigndaily @cardesignworld @artcentertransportation"

Love the photo where the bike’s in the back of the van; you can actually see detail missing in the other shots: the wheel cover disks, the drive motor interestingly mounted in the swingarm (if I’m reading it right), and pretty sure there’s no brake pedal. Have you seen it in the flesh? I think it reads larger than it is.

I haven’t seen it in person, but my sense is that it is really small! Like a Honda Navi: Navi - Pocket Bike - Honda

If I had a dollar for every e-bike design I see that are supposed to be “urban” and cool “cool”….

… but in reality all e-bikes are driven by people who can barely be trusted with a bicycle.

It’s like all the ads that show the rugged Bluetooth speaker being used by fun young people camping but really it’s the drunk loser on the beach on rollerblades.

If I had a dollar for every e-bike design I see that are supposed to be “urban” and cool “cool”….

Have you seen RGNT? It’s the only one I would even consider. 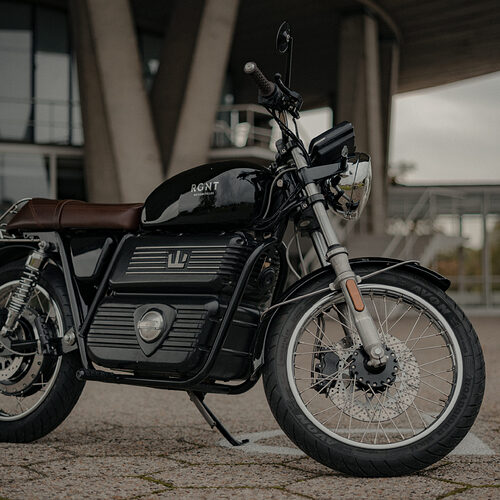 I haven’t seen that. But my comment was less about the designs per se than the mismatch of design/marketing to real life context. That is the design fail.

Since forever, e bikes have been marketed as some young, fun, lifestyle toy, but in reality I think they are mostly used by poor, urban workers. Delivery people, people who can’t get a drivers license or lost theirs in a DUI. Youth who can’t afford a car. New immigrant families who can’t pass a written drivers license.

There’s tons of e bikes that look cool or look like mini motorcycles or modern Tron things. This one is the same it seems?

It will be driven by a 18 year old kid who is vaping and works part time as an Uber eats delivery guy.

“Those darned kids and poor people on their e-bikes smoking their vapes! Probably so irresponsible they lost their license from a DUI. Why don’t they just buy a car or a motorcycle like a real man?!”

Please. There are more and more blurred lines these days between what constitutes and e-bike, an e-moped, an e-scooter, or an e-motorcycle, and there are any number of different reasons any number of different types of people would use or want one. In this particular case it’s a company that is trying to take its core competency in making powerful e-bikes and translate it into a new, burgeoning category full of people do don’t share your incredibly narrow-minded view of what an e-motorcycle can or should be, or especially who it should be for.

This is not a “design fail” on their part. It is a failure of imagination and critical thought on yours.

Well stereotypes and assumptions are just that. I have a client in an affluent area in Orange County, CA by Saddleback Mountains. I’m talking a 5000 acre gated community. On my way to this client on Saturday mornings I would see dozens of e bikes on the road. Perfect environment (hills, dirt roads, etc) + perfect demographic for any design project (affluent) I think the median household income is in the 200 K’s. And the main users I saw were 12-18 year olds in groups and active older adults. The “younger” adults would be riding electric Trek or Specialized bikes on their way to hills.
When I would see all those bikes the marketing clicked and made sense. I wouldn’t buy one now but there are plenty of people that would buy them.

I’m just calling it how I see it. Maybe it’s a different product. Or a different demographic location.

I only see what I see.

Maybe it’s cool. Like the Segway was designed to be.

Iron and Air has some info on it for people who are interested: 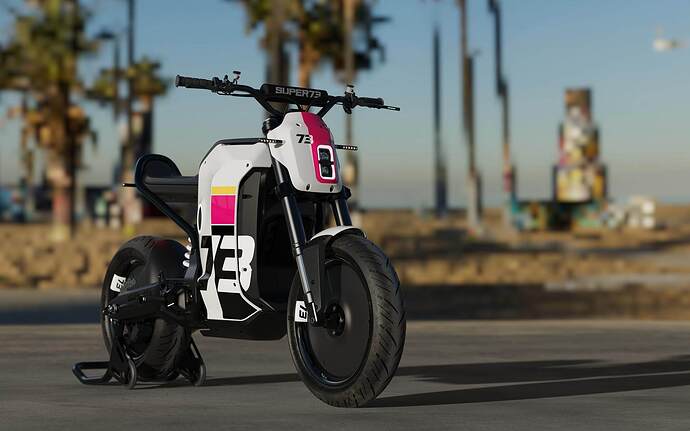 SUPER73 Has Just Entered the Motorcycle Market with the CX1 Concept. - Iron... 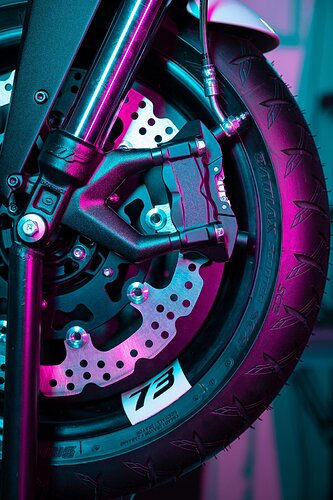 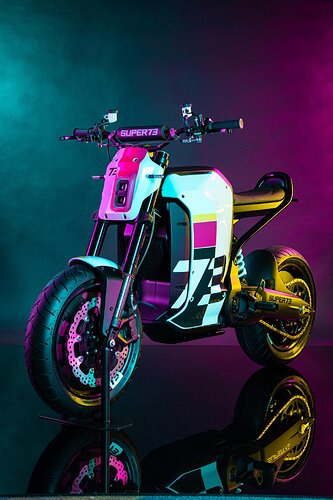 Guys…The Super 73 is a tinker toy approach to EV motorcycle design. From the cheap master cylinders, large screwed on pressure formed fairings (ala 1990s) to the swing arm motor mount, very little is conceived holistically here with lots of off the shelf ideas forming the dna of the design. This is graphic design driven EV motorcycle transport at its worst. I’m most curious about its sticker price.


It will be tough to beat the Sondors Metacycle in this category. They’ll need to come in less than $3000 msrp in order to tempt those seeking to enter this category with their $USD and Euro. I don’t even need to sit on or ride the Metacycle to know how superior their approach to design is over the Super 73 C-1x. It will be interesting to see how these two SoCal companies duke it out in the market for the next 3 years. 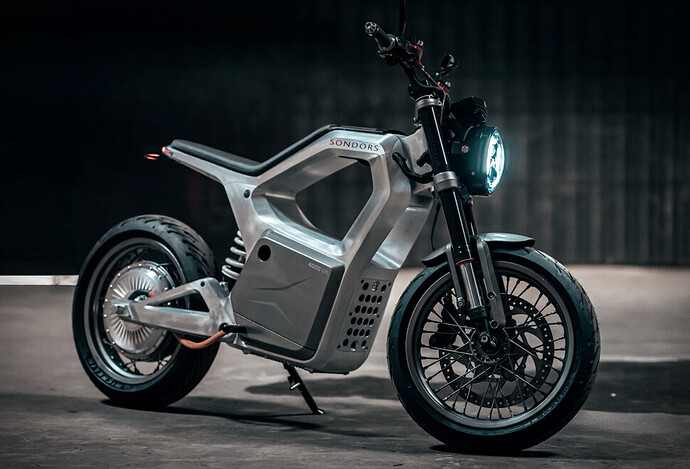 If they could make that come in under $3k that would be really nice.

Getting back on topic, I am loving what we’re seeing in the small e-motorcycle and large e-moped categories from the likes of brands Sondors, Onyx, etc. My favorite types of two-wheel transporters have always been the stripped down, minimalist street fighters, cafe racers, etc., and the relative simplicity of e-motorcycle mechanical design lends itself particularly well to those styles. I’m not the type to consider one as my main mode of transportation, but I continue to feel a larger and larger pull to these bikes for quick trips around town or cruising around the California coast, especially until there’s an electric car in my price range that meets my utility needs.

With respect specifically to the Super73 concept, there has also always been a certain amount of charm, for me, in the look, feel, and riding experience of dirt bikes. They’re just plain fun - plus, as we all know, they are nearly capable of outrunning the T-1000 provided you detour into the LA River

. Without being able to speak to the build quality or reliability of Super73 as a brand, I do think they nailed a really interesting and somewhat unexpected interpretation of a few of those classic dirt bike elements (handlebars, front fascia, graphics) and translated them into a simple, minimal e-motorcycle. It’s not a straight recreation of any one style of existing bike, but from my view it blends a lot of inspiration pretty seamlessly into something new and unique.

totally agree Jeff. I think there has always been something fun to the component driven nature of a lot of motorcycle and bike design for the enthusiasts. The ability to swap out shocks, brakes, etc is a lot where the look comes from wether that is cafe racers or BMX. I’ve done a lot of work for Biltwell (https://www.biltwellinc.com) over the years and their whole brand is based around this. I texted the C-1X to one of the partners right after I posted it here and he had some critical thoughts about it… and also put a deposit down on one

I think something like the Sondors is for a very different person. I appreciate its holistic approach and see how it could be nice for a lot of folks. Personally I prefer the scrapier aesthetic of the Super 73. Like a Honda Rukus. But the market is large enough for a specturm of solutions. I think all of us on here are experienced enough to know that there typically isn’t one solution that wins out in these types of categories. Its not like mobile phones where everything gravitates toward a singular solution.

With respect specifically to the Super73 concept, there has also always been a certain amount of charm, for me, in the look, feel, and riding experience of dirt bikes. They’re just plain fun

+1 and what’s a DB with slicks? A supermoto. Which has to be the most hooliganny fun on two wheels. Cheapish removable plastics also allows for quick and easy customization in a format that will be familiar to most current moto riders, and replacement when (not if) you lay it down.

The Zero XP concept pushes the electric moto aesthetic in a new direction… the Zero battery pack is just so huge though, hard to work with unless there’s a comprehensive redesign.