Since I’m doing a lot of management at the office, and working a lot of long lead times where I can’t show work, I’m assigning myself a sketch or render every Sunday. I started last week with this guy: a simple box fan.

This will be a bit of a running thread for me, do you think I should just make a blog? 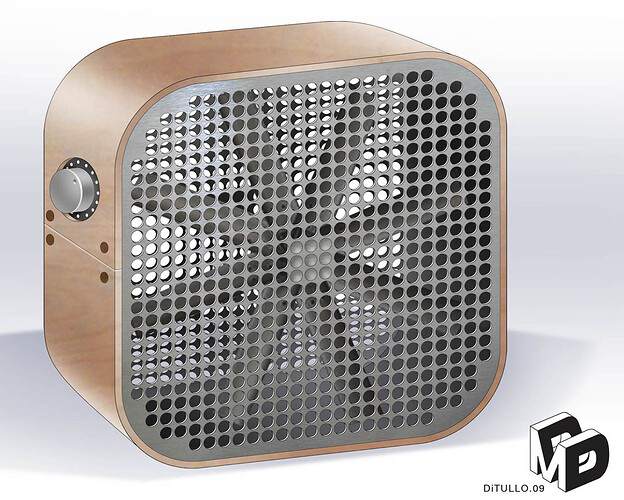 And this is this week’s, a little desk set of a stapler, tape dispenser, pen, and calculator…

Illustrator and Photoshop, about 2 hours. 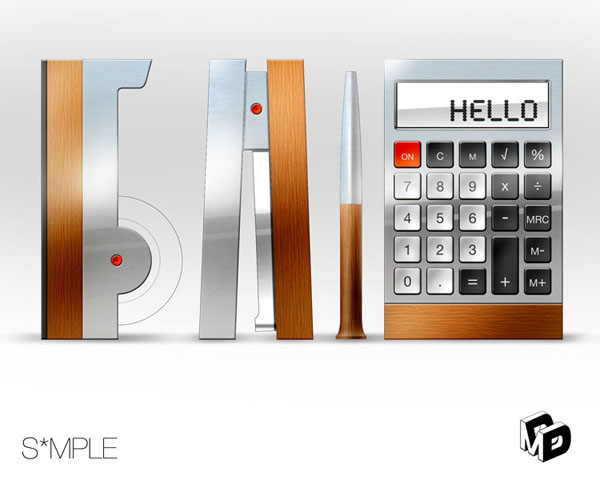 That stationary set is clean, I like it. Nah, I wouldn’t start a blog, this way you have more accountability, we’ll pester you come Monday if you don’t update.

One thing though, the way the objects are organized it almost looks like you were trying to spell “fail”. Dispenser looks like an “F” stapler looks like an “A”, etc… Maybe it’s just me, I’m too used to going to forums filled with failblog.org pictures!

Looking forward to next weeks!

the way the objects are organized it almost looks like you were trying to spell “fail”.

interesting observation [while humming Twilight Zone theme to self] … … . . yo’s dark side must be surfacing after all this time

LOL… that is pretty funny… especially because I threw the pen in there in the last 15 minutes and pushed the calculator over to squeeze it in.

Maybe it is a commentary on how Staples has FAILed me…

I already have next weeks planned out…

nice stuff, as usual. only question is how do you write “hello” on a numeric keypad?

great stuff… and I hear you on the management time taking up fun design-time. I’m looking forward to seeing more - keep them coming!

err, I percieve a bit too much of an angle on the eliptical knob on the side of the box fan …nitpicky i know…and I guess you’ve probably already noticed it by now too.

Is it wrong that I take some comfort in the fact that the real pro’s can sometimes get it wrong too?

It’s nice for us to see your other stuff though - so thanks for Posting Yo.

Hmmmn, but now i look at it again, maybe its just the non perspective ‘isometricness’ of it that’s making it look a little off.

This Sunday I took my c77 1HDC entry and refined it, then rendered it.

about an hour in illustrator, and maybe 2 or 3 in photoshop… I noodled it! Click to enlarge the final renders. 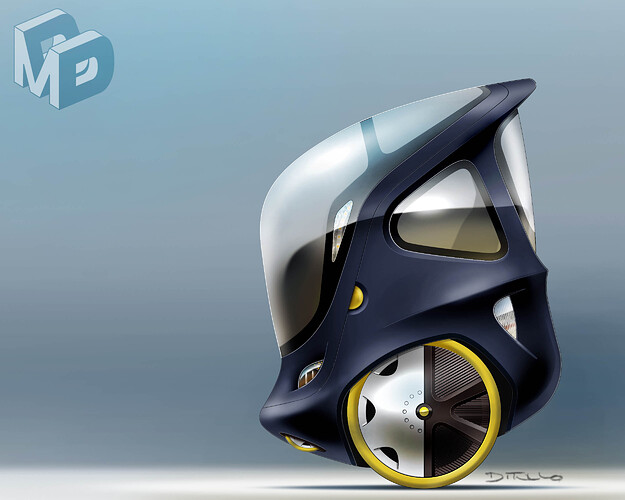 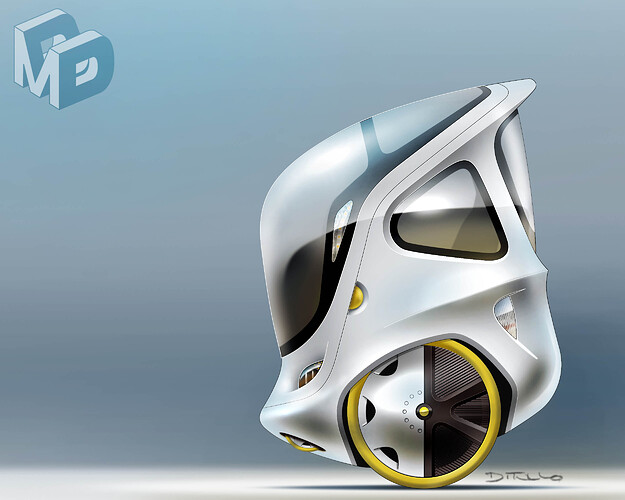 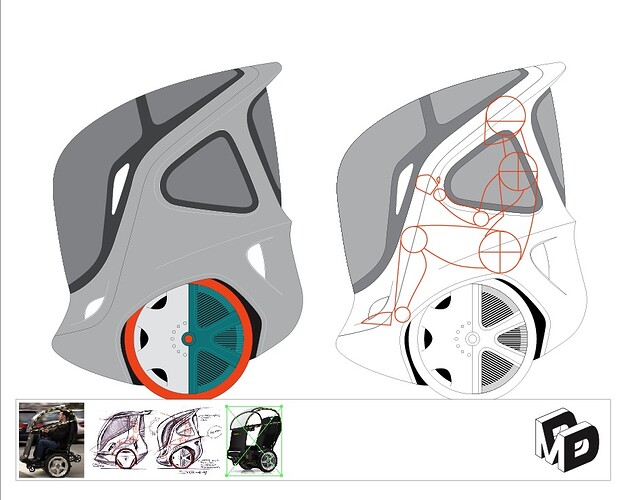 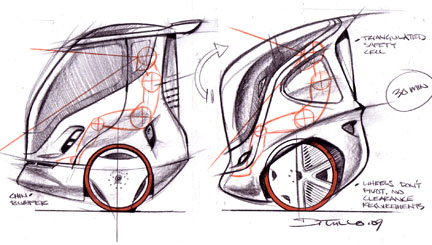 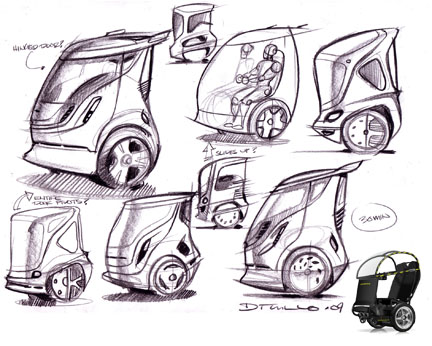 hot indeed. you are such a design nerd rendering for fun on sunday. I love it!

It’s a total nerd out, but you got to sharpen the saw right?

of course, well said (though I don’t think saws are actually sharpened

Our shop has some 24" saw blades that get sharpened, so you could say you can sharpen a saw via semantics.

Nice stuff Yo. It goes to show that even if they had put an hour into sketches for that thing, they’d have had a better result. Unless they’re just a bunch of engineer nerds sitting around asking questions that don’t need answered… which is possible.

awesome renders yo…
love the forms…

I have become Fan of Fan…i was remembering it for sometime…
Hence, unable to hold back this small suggestion…placement of knob could be on the grill & in the center of Fan.

Week 4: A little flat panel monitor, rendered up from one of my 1HDC sketches. 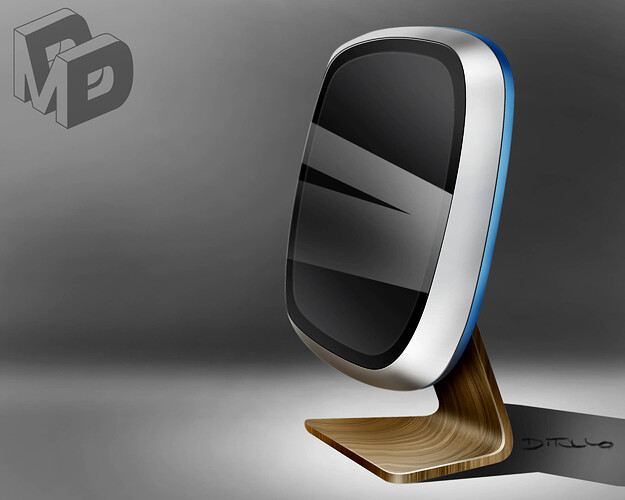 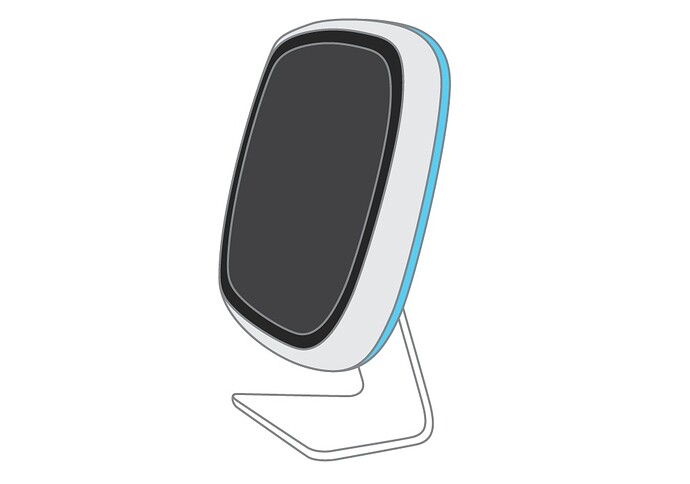 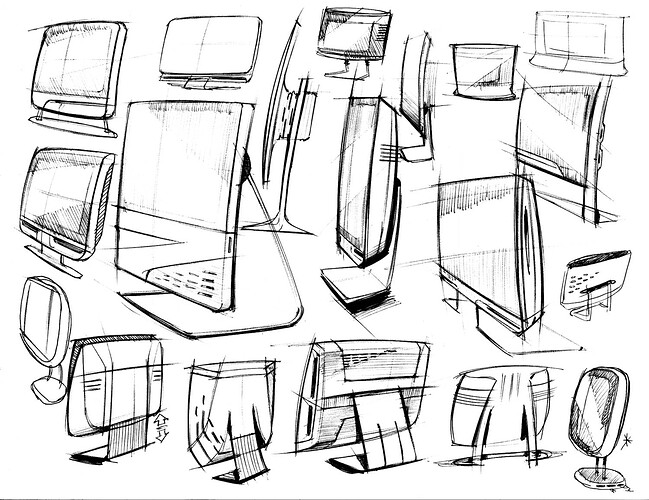