In my opinion, suicide doors are cooler than scissor or gullwing doors. The General is going to use them on the European small minivan, the Opel Meriva. 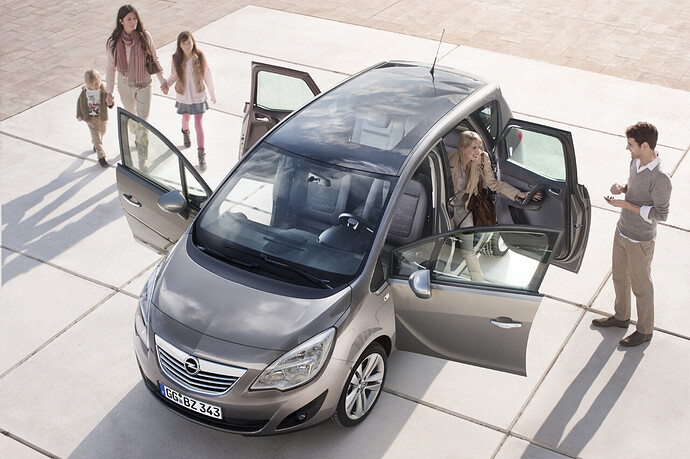 Too bad there is a giant B Pillar there that kind of negates the benefit of the suicide door though. It would have been cool if they did it pillar-less (like the Mini Clubman and their own Saturn Coupe from years ago). I believe the pillar-less ones have some crazy locking system that anchors the doors to the top and bottom frame rails as well as to each other.

I think that rear sliding doors are the most practical solution for these one box people movers, especially as the size of the average parking bay here in the uk never really leaves enough room to swing a door open!

definitely, I wouldn’t mind seeing sedans and 5 doors with a sliding rear door, would be cool.

That is just like what Volvo had on their new s60 concept a year ago. And they didn’t bring to market (yet). volvo new s60

totally, that was a cool door mechanism. Must be expensive/ difficult to produce… a lot more moving parts that could fail, but very cool effect.

That is just like what Volvo had on their new s60 concept a year ago. And they didn’t bring to market (yet). volvo new s60

Wow, that was a nice concept… I agree, the b-pillar takes away from the cool effect of the doors on the one here.

Cool in concept, but real life usage has some shortcomings:

Pillarless “barn” doors are difficult to engineer now because of crash standards. You also lose body rigidity by removing the pillar.

The barn doors open to become a corral when you are parking next to other cars- you and your rear seat passenger can’t go forward or to the rear of the car until one of the doors is closed, and to do this, you have to squeeze into the same space. A sketch would help explain this, but anyone who has been in this situation will know what I am talking about.

Rear door needs to close first/open last- sometimes if you do it in the opposite order with force, you can damage things.

I once had a Lincoln Continental, which you could open the rear doors independent of the fronts…at speed on a freeway. Once i was in back and the door wasn’t fully shut and I had the dumb idea of opening it to slam it securely closed- at 65 mph, with no seatbelt. Near death experience!

“Suicide” as a term is not used by manufacturers for the negative connotations, in my experience, they say “barn” doors.

If women wanted to not worry about twisted ankles and falling down stairs (drunkenly) they would stop wearing stilettos. But fortune favors the bold, and the bold are beautiful.

When you say “barn doors”, I feel like I left my fly open.

I wonder what people are going to do with kids getting out of these in tight European parking decks.

If I saw one in a parking deck I wouldn’t park anywhere near it in fear of getting the absolute worst dings ever. I mean, what happens when the kid in the back opens the door the same time as mum or dad? Kid will throw it open regardless of what may be parked next to it.

i think these kind of doors were reintroduced with the 2004 mazda RX8.
the novelty was that it is not possible to open the rear doors without opening the front doors first. 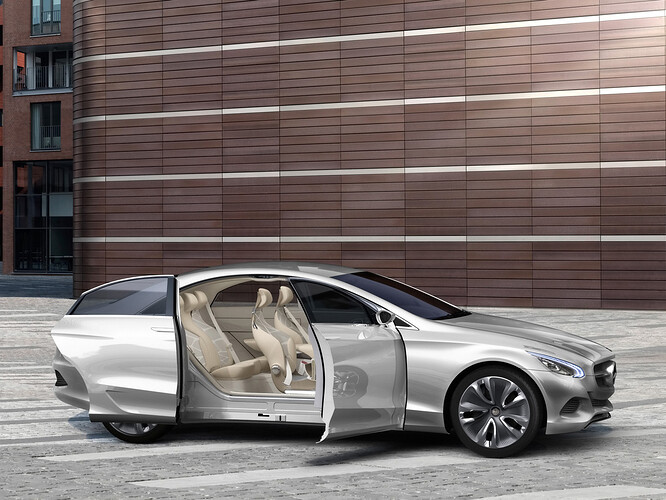 That F800 has some cool surfacing stuff going on, but maybe a little too busy. I think I need to see it in person.

I love this CLS sculpture from Geneva. Everything really flows nicely. Can’t wait to see the real car. 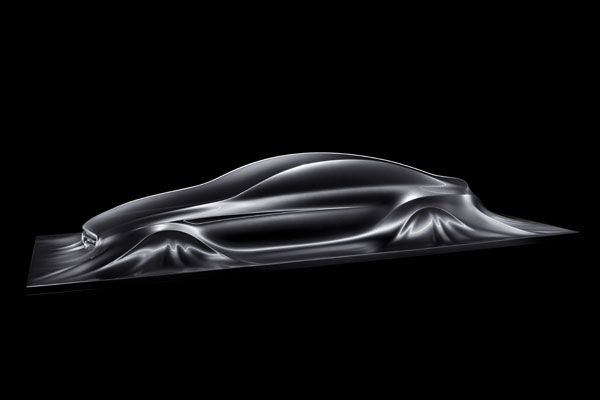 Agreed, a little to many surfacing ideas on that F 800…

Also eagerly awaiting the result of the CLS sculpture. I hope they kept it as clean and wind swept as the sculpture.

The rx-8 and some Saturns have the doors like that, but having to open the front door first just makes it a wonky looking coupe that is easier to get into the back seats. My dad always drove coupes and as a kid I hated climbing in the back.

Agreed, a little to many surfacing ideas on that F 800…

Also eagerly awaiting the result of the CLS sculpture. I hope they kept it as clean and wind swept as the sculpture.