Help! I have a project due next week. We are participating in the Electrolux design competition as part of our project. Whether we want to submit our work or not, is up to us. Anyway, I decided to redesign the washing/drying machine experience by creating an unconventional laundry appliance that fits under kitchen counters (made for small apartments). Well, I wanted to make my concept somewhat believable and offer my appliance an environment so that the viewer can visualize it better in a setting, versus just a nice product render. I was able to find 3d model services that sell readymade models of kitchen interiors and I wanted to buy one and modify it slightly so that my appliance concept fits in it.

Well, a few of the companies I found online, like Turbosquid.com, offer readymades but they are not made in Rhino (which is the program I am using to build my product concept). I m also fairly new to 3D modeling (been using Rhino a few months), so I have no understanding of file importation, polygonal versus NURBS file formats (as it seems all of these models are made in 3DS max, OBJ and 3D studio, which from my understanding are polygonal based??) and whether these models will be useful to me. Turbosquid does offer free file translation, but doesn’t say if Rhino is offered.

Here are a few links to the ones I am considering. Any knowledge of these sites or suggestions ,would be greatly appreciated. Thank you. 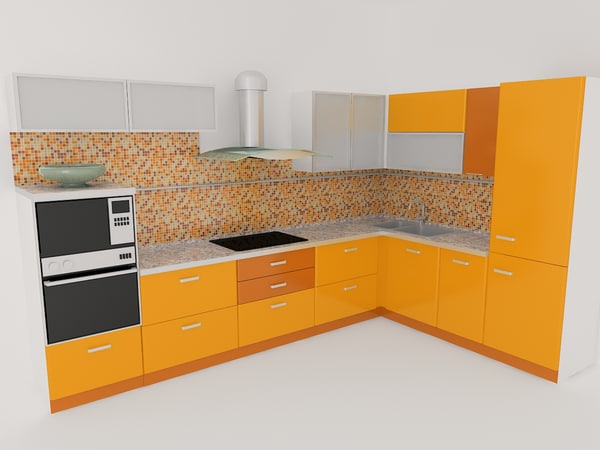 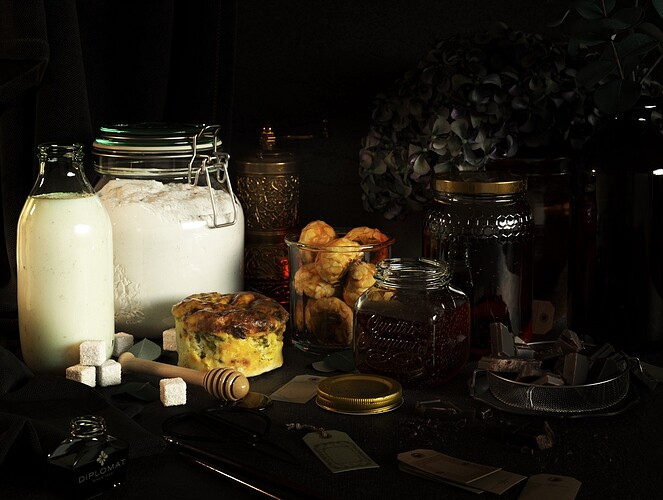 Buy 3D models for your project from our vast online catalog of cars, people, textures, architectural models and more.

Food4Rhino | (is this needed to import OBJ made models into Rhino?)

Rhino will import almost anything, you should not have a problem there at all. If you combine mesh models and surface models in Rhino they will render in a final image with no difference. The most important thing with importing a mesh model would be that the resolution is adequate for the detail you are rendering. Close details on rough objects can show faceting.

Looking at the two you posted - my suggestion would be to just build it yourself in 3D.

Reason is, when you import a polygon mesh (which you can do - OBJ or DXF tends to be the best for Rhino since it can’t import proprietary formats like .MAX or .MA. you’ll be able to modify it but it will be with a completely different set of tools.

My suggestion would be to look for some kitchen textures and just build the kitchen yourself. You could do it easily using nothing but cube primatives and a few simple cylinders for cabinet hardware. Throw a tile backsplash texture on the wall and some wood on the floor and you’ll be good.

Another trick that I’ve used for things that need to be built quickly is just using “sprites” - 2D images with a transparent background that you apply to a flat surface as a texture and stick in your model. You see arch viz guys do this a lot for plants, people - things that are too heavy to model in. Heres one example I did in college:

If you look at things like the logo signage, the brake levers, pedals and spokes on the bike, they’re all just 2D projections onto a flat or simple object (pedals are a cube, spokes are a tapered cylinder). It lets you get lots of additional touches in there without modelling them in yourself.

Another useful resource that I’ve used for props - download Google Sketchup and you’ll have access to their complete object library. Some of it is junk, but for stuff like this you can probably find some quick geometry to stand in and it’s all free. You can export it as OBJ then apply shaders in Rhino.

Just keep in mind that anything that is meant to be smooth will look faceted unless it was a very high res mesh as NX said.

Thank you both for your input. I will most likely just photoshop the Keyshot render of my appliance into an actual high resolution kitchen scene in the right perspective. The 3D modeling for a simple kitchen scene sounds too involved. Cyberdemon, where can I locate a library of “sprites”? Where do you go? Those sound very interesting and I’d like to get a look at some to see if they would work for me. They seemed to work for you well, judging by the cool examples you showed.

You don’t need a library. Just go on google images, find a picture on a solid or simple background, delete the background in photoshop and plug it in.

From what you’ve shown the kitchen modeling wouldn’t be too hard. If you sketch out what you want your scene to look like you could probably model 90% out of nothing but boxes in an hour. Then plug in a few little props (a quick revolved curve makes for some great teapots or vases) and some decals and you’d have a pretty convincing set in not much time at all.

Compositing it is into an existing image is probably easier - as long as you can find an image that looks how you want.

I wanted to update you on this project:

I decided to try the PS route: I looked for a high-resolution image of a kitchen interior that I really liked, then I rendered my model in exactly the same perspective as the room and the objects in that room. I then Photoshopped the rendering of my washing machine into that kitchen and tweaked it somewhat to fit the proportions and perspective and voila! It worked very well for me.

I am wondering now why I even bothered thinking that I needed an actual 3D model of a kitchen to use with my 3D product model! Photoshopping is the way to go for sure.

Thanks for your help and also everyone who offered feedback.