New trailer for the Steve Jobs movie. More interesting is Wozniak’s opinion after seeing it:

“I have a little bug in me that says that this movie will portray Steve as a saint who was ignored, rather than one of the key people who led Apple through failure after failure (Apple ///, LISA, Macintosh) while the revenues poured in from the Apple ][ that Jobs was trying to kill. It’s nice to have the luxury to fail.”

A view not expressed much- leading a company from failure to failure. 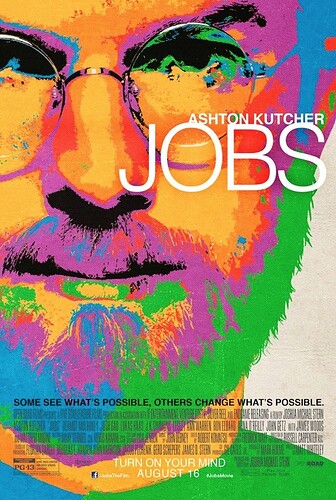 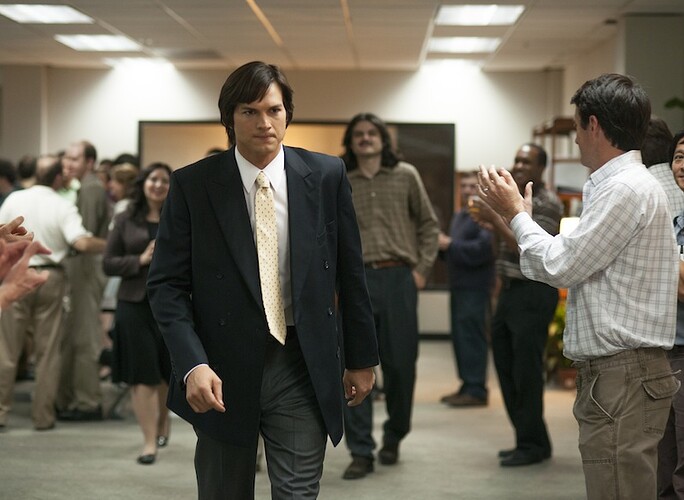 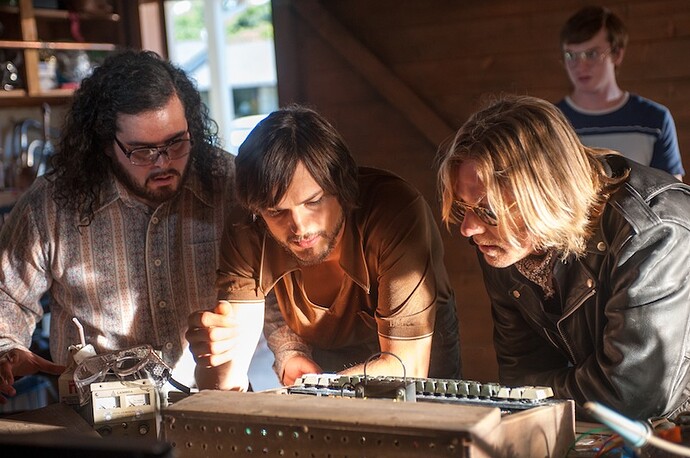 Trailer looks pretty damn good though. Will see for sure.

Well, I don’t care what the f*ck Woz thinks if it is accurate. As long as the whole film rocks that “dopey” vibe.
Those view seconds of a trailer really cracked me up and made me reconnect with my younger rebellious self.

If the film can do that with some more business guys it will well be worth it.

I remember Manzarek hating the DOORS film. Well, it reinvented the band with a whole new generation…

Weird autocorrect. Should have read “good”

Trailer looks good but somehow seems they are covering something bad. Saw a few other clips online and couldn’t get over Ashton just sounding like Ashton. Likewise the guy playing Woz seemed kinda badly acted.

Will maybe still see if the reviews aren’t horrible. I don’t predict good things though.

Saw a few other clips online and couldn’t get over Ashton just sounding like Ashton. 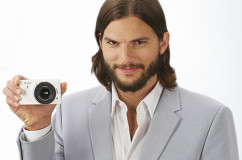