I’ve started a new project that I want to license off. It’s a kayak seating system aimed at improving upon the features of the Wilderness Systems Phase 3. It’s tough getting around the patent, but since I helped on some of the drawings for that patent, I think I have a pretty good understanding of all the claims. The Phase 3 is a great system but I think it can be improved upon as it’s starting to show some age.

Has anyone on here ever had a pet project that they successfully sold or licensed to a company?

Started work on the seatpan, towers and adjustable leg-lifter over the extended weekend. Rather than using straps, the leg-lifter is supported and raised by an oval drum that has an off-center pivot point. The leg support can also be lengthened. It’s all fairly simple and uses few parts to accomplish the goal of properly supporting the paddler’s legs.

Once I have everything dialed in, I’ll go back and start perforating areas of the leg-lifter. Looking at some of the chairs in the Herman Miller collection for inspiration. There will be a pad placed on top of the seatpan.

After all of that is completed, I’ll start work on the adjustable seatback. I’ve already worked out how I’m going to raise and lower it. Going to use a 4-bar linkage system similar to that found on mountain bikes. There will be a small ratchet buckle in between the paddler’s legs that will be used to raise and lower the seatback. 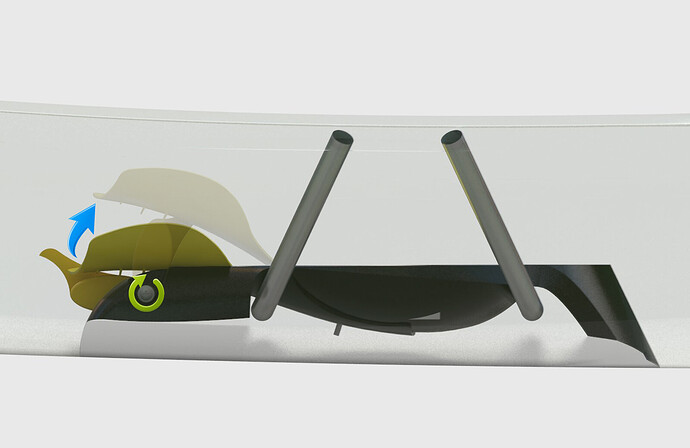 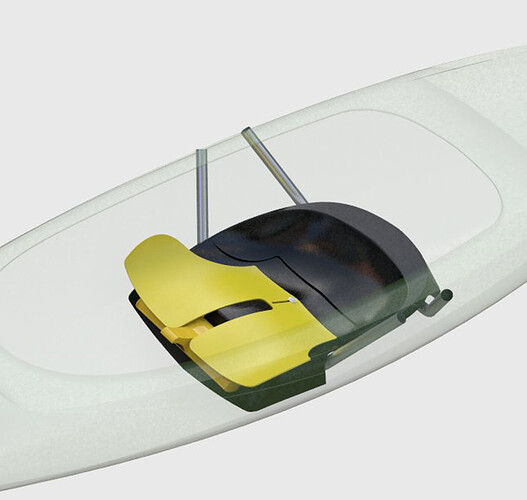 Is there a way to improve the footpeg distance or integrate it with your seat pan-back rest assembly? The adjustment controls are usually awful.

I can deal with a poorly positioned seat back, but the footpegs really need to be dialed in.

What are your thoughts on how to lock the oval in place to hold the seat height? Locking at the center of the oval or locking between the surfaces of the oval and the leg plate?

My quick impression is that forces are usually best held in a straight line (or with very rigid systems), and that the off center character of the cam might be hard to lock in place.

There are ridges on the oval that lock it in place once the leg-lifter is lowered. In theory, it should all work.

As for the footbraces, that’s the last thing I’m going to work on but I believe I’ve figured out a way to adjust them near the seat. That would be significantly easier than how they are adjusted now (awkwardly reaching down inside the deck.) They are under an extreme amount of force so that mechanism used for adjusting them would need to be sufficiently strong.

Did quite a bit this weekend on this project. Next part is the adjustable backrest. Once that’s complete, it will start looking like a complete package. 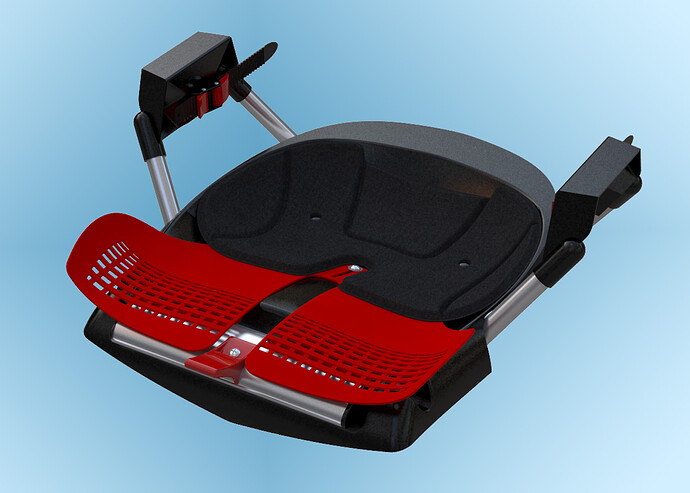 Another update. I’m working on the design drawings now so that I can start getting tool and part quotes. I’ve spent a lot of time investigating how easily it could be assembled, how robust it would be, cost, etc. There is a lot more here than just some reasonably pretty pictures, that’s for sure!! The method of adjustment is interesting. 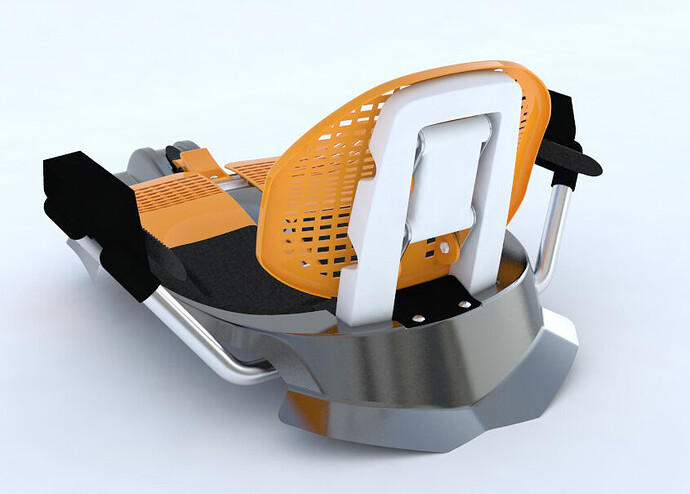 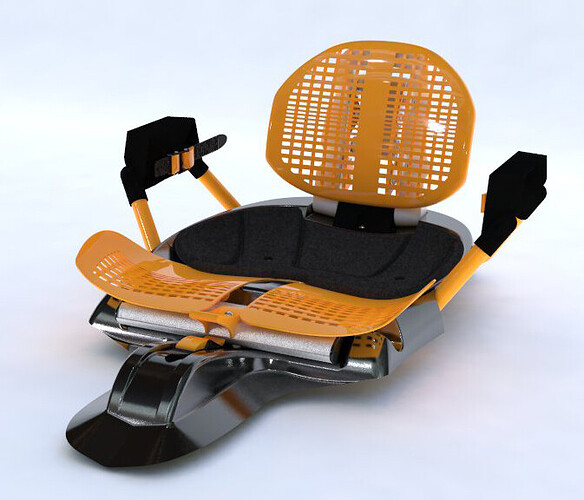