“I was a producer of materiality and I am ashamed of this fact,” Starck told Die Zeit weekly newspaper.

so what does this accomplish? maybe he should be a force for change with in the design world as apposed to just quiting. And whats with the whole 2 years thing?

how does this statement compare with his ted speech? 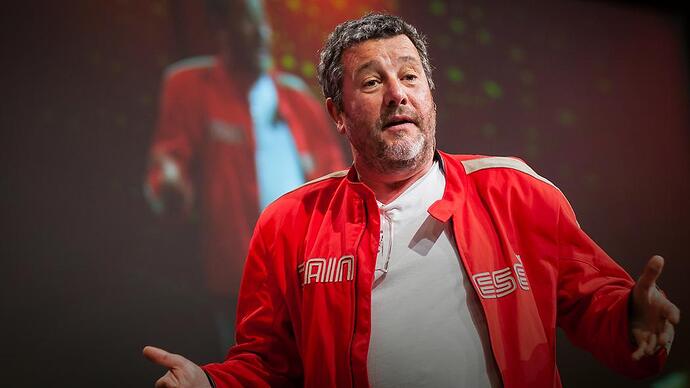 Designer Philippe Starck -- with no pretty slides to show -- spends 18 minutes reaching for the very roots of the question "Why design?" Listen carefully for one perfect mantra for all of us, genius or not.

What was the cause for his statement?..

it seems that maybe he should focus on responsible design. maybe go green or sustainable. but then again he sounds like an alcoholic “drinking is bad im gonna quit in 2 years”

My reaction to the article…

Starck is a designer of materiality. Now that design is about so much more than materiality he has found that his services are no longer needed.

Whatever, go paint to express yourself then

Design is not dead…it just moved to Asia…

karim rashid is soooo responsible. he loves nature and cares about the environment. in fact, contrary to popular belief, he likes all people even if you’re not creative or “beautiful”.

Now that design is about so much more than materiality he has found that his services are no longer needed.

This is a popular belief, but if it was reality, I doubt so many of us would cherish this era of design:

This is a popular belief, but if it was reality, I doubt so many of us would cherish this era of design:

He actually slams that era of design in his TED speech – to paraphrase, he says Loewy was just a marketing “weapon”.

Why no design instead of altruistic design? maybe because people in sub-Saharan Africa don’t need whimsical chrome juicers?

“I was a producer of materiality and I am ashamed of this fact,” Starck told Die Zeit weekly newspaper.

Interesting, maybe its something we come to understand when we have been doing “it” for 30 odd years…

Design is one of the most powerful tools to influence the way we think, the way we live. Since he has been doing this for all his life until now, with so many objects for mass consumption, it sounds at least a little hypocratic…I have read some time ago a similar announcement by Stark, but he did not stop designing. So, I accept it as an age-related depression.

Starck has been saying (in his foreign accent) “ees all booolsheet” for at least 10years as I heard him speak at an ICFF - 1997? Since then, I’ve seen him pump out and design this “booolsheet”, so I just don’t take him and his comments seriously. Maybe if he does quit cold turkey in a few years I’ll listen to him closer then.

Seems a lot easier for him to quit than to actually try to change things… I really don’t like his attitude.

Is it sad we’re churning out junk, or that it took some of us so long to realize it.

Anyway, his point about future designers being personal trainers etc, is baloney to some degree, what about medical devices? I don’t even believe watches that don’t really tell time are the problem either, and even though I am disturbed by his rhetoric, I still like that olive green one with the hole in it. When was the last time you threw out a wrist watch anyway? I have a swatch that I wore when I was a child that hasn’t worked in 15 years sitting in a drawer, I have a fossil that has needed a battery for five years next to it.

At this point I don’t know what to design, and what not to design, but I feel like it would be better to get involved because I know that I make great decisions and would like to have input instead of throwing my hands up in the air and giving up.

It is an interesting and compelling stance however I doubt any fewer products will be made because of his choice. I think that he would have a much greater impact if he individually stopped driving, flying, and purchasing any products at all for two years. Maybe just locally grown produce. That would be a statement.

Maybe he’s just saying it to garner “street cred” with the new verte garde.
Then again, he seems to despise “bourgois” life, judging from the video I watched about the bubble lounge plastic sofa. Maybe he’s genuine but like all of us, he has to pay the bills.

I think you’re all reading too much into his statement. He means what he says. Look at his work. Is there anything ground breaking or innovative? Anything that will change the world? Ghost chair? Did that really need to be made? Did you every see the line he did (or put his name on) for Target? Terrible. His products add nothing to the world. What problem did he solve? He has great PR but thatâ€™s about it.

There comes a time in your career when you realize that the world does not need another re-skinning of…whatever.

… and Rashid… and Tom Dixon… and… should I continue?

The fact is, a ‘designer’ is different today to what they were years ago- and the celebrities of the field (Designers - Starck, Dixon, Lovegrove, Rashid) are not innovators, trying to actually solve problems, which is what designers are becoming more and more (think Dyson).

Dyson is a designer?

So far he has only solved non-problems. The whole vacuum thing; was it really that much of an issue? The way he talks about it you would think he found the cure for cancer. You still have to vacuum, you still have to empty it, it is still a huge awkward form to lug around and store. Cool, I don’thave to buy the bags anymore… what else you got? ooooh, a hand dryer! The world is saved!