I just came across this very interesting article and thought I would share. It’s a bit intellectual, but interesting in it’s comparisons of both Star Wars and 2001: A Space Odyssey with minimalism and modernism in art and architecture as well as social movements of the time and earlier. 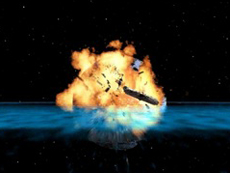 Was George Lucas a minimalist? Was Donald Judd a Jedi? The coincidences of Star Wars and modernism.

That’s an interesting read. It always fascinates me how architecture, much more so than other design disciplines, is so polictically charged. I guess that’s one of the reasons it works so well in films.

In the end, we’re product of our times: in the 60’s, Kubrick preferred minimalism’s geospatial deliverance from the modernist failings of human societal structures . In the 70’s, Lucas associated stultifying and souless minimalism with corporatism and defeated it with DIY anti-authoritist enriched modernism. Lately, we’ve been down on deterministic maximalism because of its logical terminus, uncontrollable growth (Terminator, Battlestar Gallactica). In 10 - 15 years we’ll be searching for salvation from Anthroposcarcity. Et cetera.