I’m working on a new sports specific footwear concept for a British Client, they are completley new to the trade and I have been sending them some advice on trade shows they might like to exhibit at.

I’ve not been to any for years now, I have been to Action Sports Retailer; ISPO, the Super Show (am I right in thinking this is now called SGMA Spring Event and has relocated to Las Vegas - used to be held in Atlanta) and a Domestic one in the UK.

Can anyone fill me in one any others they have been to, particularly where footwear is exhibited?

Also, I can’t for the life of me remember what the different trade publications for Sports are called, can anyone enlighten me on that?

Maybe check out WSA and Magic…

A general British trade publication - was it called Harpers or something like that? (Not Harpers Bazaar). The kind of shows I’m looking for are more for pure sports and equipment, Magic and WSA are too fashion oriented as this is definately not a fashion product.

As I’m tied to a non-disclosure agreement, I can’t talk about the kind of sport!

well for football there are things like FC Business, there is also sports industry forum magazine etc but depends also what demographic you want to hit. Obviously there is sportswear international but also people like GQ etc run a sports specific supplement now and again where this may interest them. In London there is a new sports newspaper that is free and handed out on Tube, metro esq…i think it is just called sport. without knowing your catergory it is hard to really say what you will need but I hope this helps a little.

It has to be trade press aimed at sports equipment retailers, it has to be about the business side of things, not the design side, therefore it doesn’t really have to be sport specific - there used to be a general one in the UK, I was wondering if it still existed?

Actually this sounds like the kind of thing I’m after:-
http://www.mediauk.com/magazines/342123

Any USA ones we should be looking at too?

they will have every trade publication for sports from here to Japan. they may give you a list . there is also a database called Atlas whihc can locate any publication through the world via category but you would need to find a PR person who has it 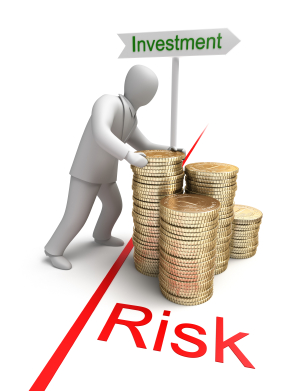 Yeah I know RD Franks well, but they don’t stock many retailer trade publications, they only have Retail Week.even stuff like Instep, they don’t sell it.

Thanks for the help anyway.

I suppose the the BFA (british footwear association) are no help as usual?

for running shoes there is something that goes to all the retailers, if you ask run and become in victoria they know quite a bit.

ConnectingSport.com is for sale | HugeDomains

Start your new business venture with a great domain name. A trusted source for domains since 2005.

was flicking throug bookmarks and found this, the first is sporting goods business whihc all teh trade tend to buy

Thanks!
You just reminded me -
A Client told me I’d be mentioned in an article in Footwear Today, but I’ve not been able to source a copy!