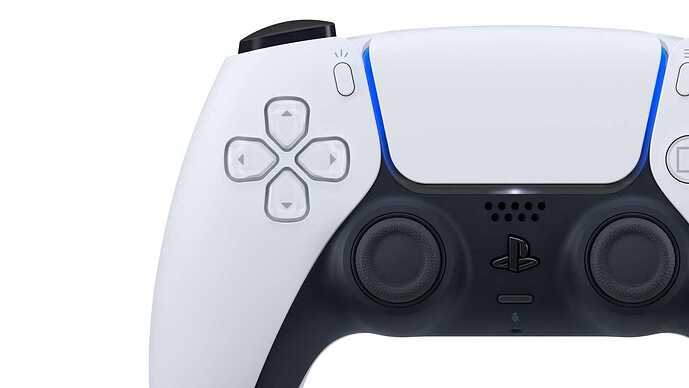 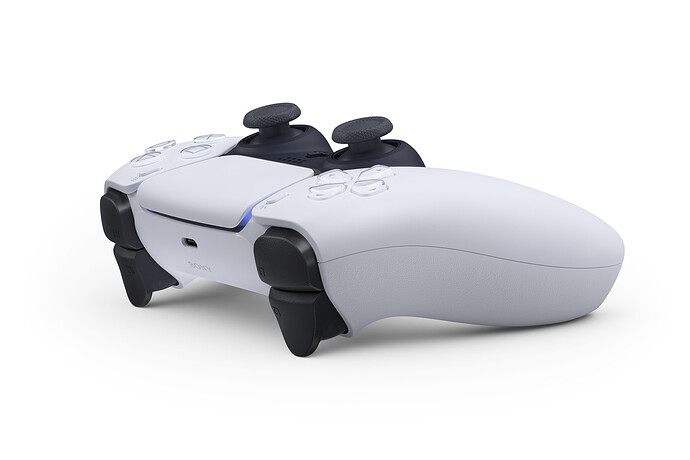 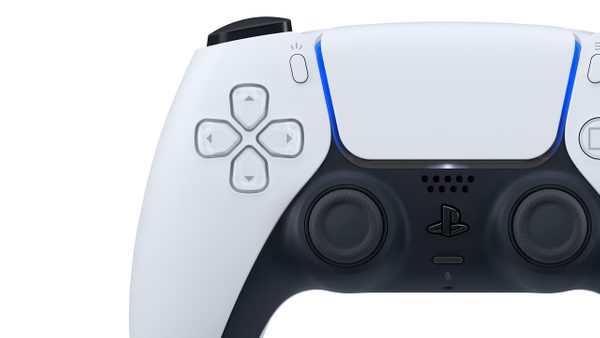 See the first images of DualSense, which will bring the sense of touch to PS5 gameplay.

It has some really interesting features- built-in microphone array, a ‘create’ button for sharing clips… they’re really considering the online gaming/streaming/twitch action. I haven’t bought a console in almost a decade but it’s a gigantic industry and these are some clever additions that reflect how much gaming is evolving down to the hardware. They also say they’ve been focusing on haptic feedback which could be cool.

From a physical design standpoint, it’s a huge departure from the last design which has been slowly evolving from the '97 DualShock. 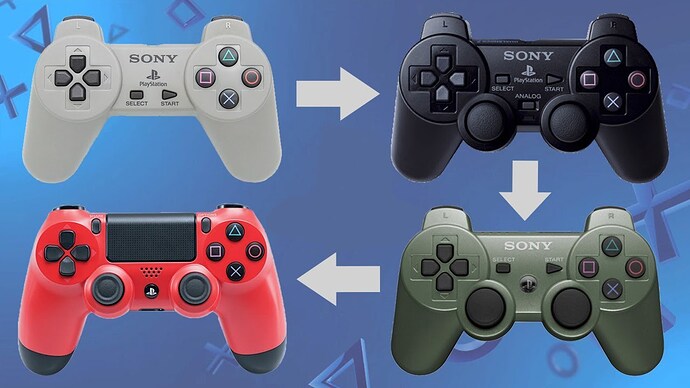 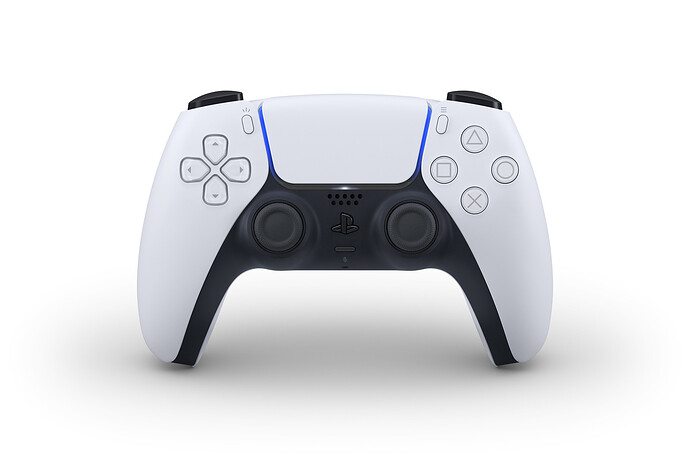 It’s got a strange little texture around the joysticks and pretty elaborate lighting. The white-forward two-tone body and glassy buttons remind me of that XBox 360 from 2005 a little too much. 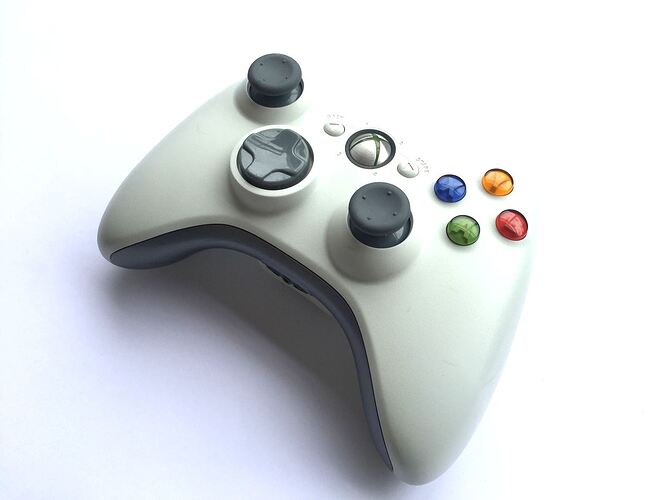 big departure! It reminds me of some of the work Astro did Foy Nyko way back when, in a good way. It is interesting to see them leave the Dieter Rams / Bahaus-esque form language that seemed like a hold over from Sony design from the 80’s/90’s. This seems to suite gaming more.

Here is some of that Astro work. Aaron Hughes was the lead designer on those. 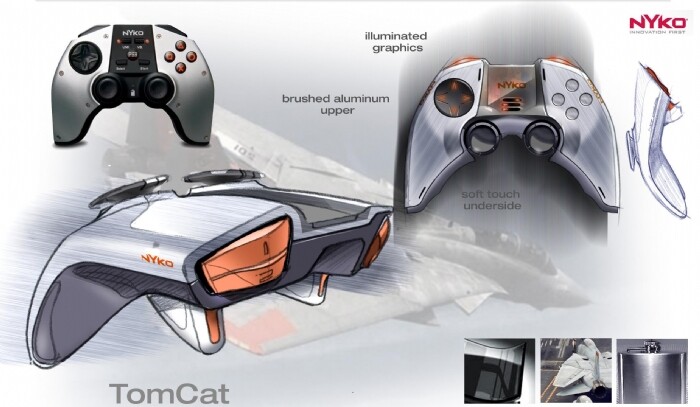 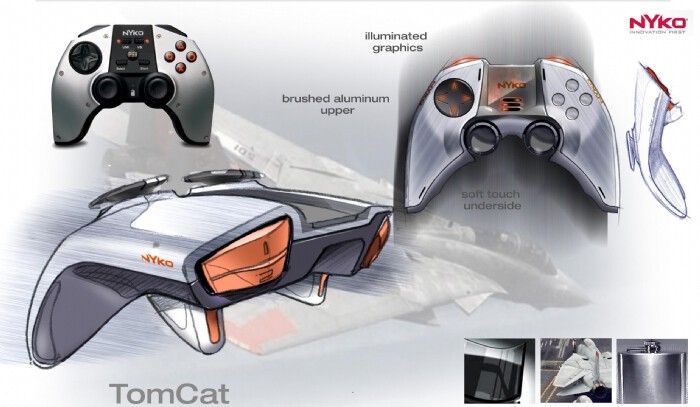 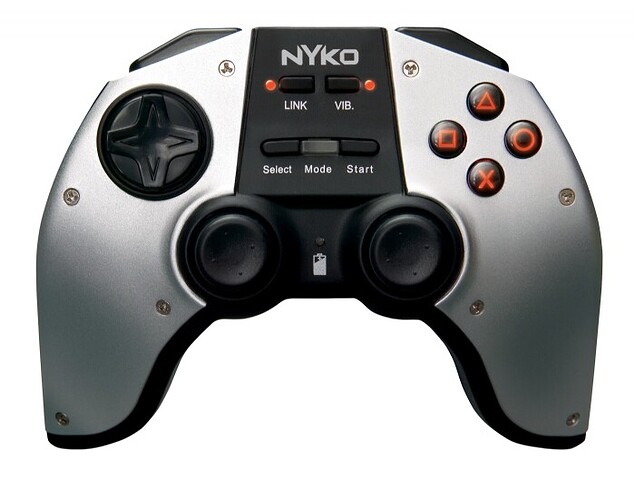 I see the evolution as well as the revolution. Japanese anime and manga have always projected Japanese brand’s design languages as evolving towards a kind of simple and smooth product with tron lighting details. It makes sense culturally that some of the product moves that direction.

More in the same line of thinking, it looks like the white part is armor on a mecha, similar to the Nyko. I like the exposed fasteners on the Nyko, but I’m sure the accountants at Sony prefer standard hardware (ie cheaper) installed from the back.

Finally, I just got a PS3, I can’t imagine buying a console for $400+ (CAD). One thing that surprised me playing it is how comfortable those controllers still are! I’m always impressed when a group of designers get a product so correct the first time that it sticks around for years (1994~2003). I hope MOMA has one!

I’m really curious to know what drove this update. The old dualshock remotes are such an icon! It’s a shame to lose that branding edge imo. The cultural evolution angle is definitely interesting. This update feels more complex to me though- especially with those black accents cascading down from the sticks. Maybe it would look better monotone?

I have heard about a MS/Sony partnership in the rumor mill, so maybe it’s an attempt to create a stepping stone between the two pieces of hardware? Maybe that’d explain why It looks like they hacked apart an xbox controller and wrapped the remaining plastic around the ps4 controller.

I’m torn on this. On one hand the PS4 controller, comfortable as it is, is a blobby mess form-wise. So big improvement with the PS5 version. Viewed in a vacuum it seems like a well-considered, well-executed design. It doesn’t necessarily scream Playstation to me, but if the colors and overall vibe match the console’s it will work just fine as a family.

On the other hand, the decisions to carry over the share button (now create) and the center touch pad are baffling. I don’t know if anyone ever used the share button in the streaming world (isn’t 99.99% of that handled via Twitch?) It’s unobtrusive enough, but it screams, “Hello fellow youths.”

All the touch pad effectively did for the PS4 was give you two extra start/select buttons by allowing you to press on the corners. I have literally never used it as a touch pad. Just like the sixaxis motion control of the PS3, it’s one of those features that developers won’t design games around because it’s not universal across platforms. For a feature this prominent, it should actually be useful. 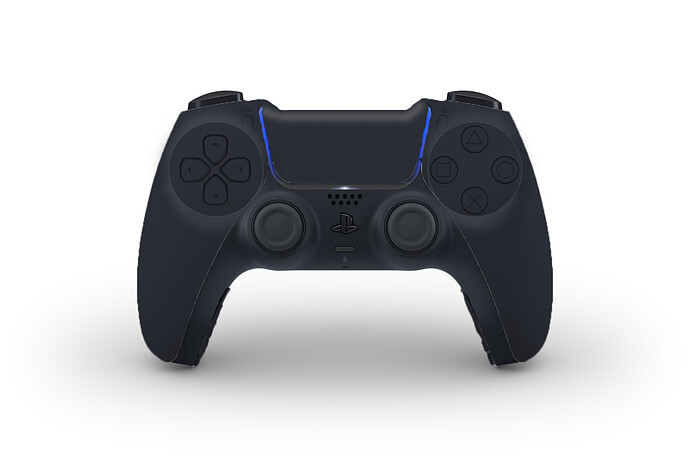 I thought this was fun. 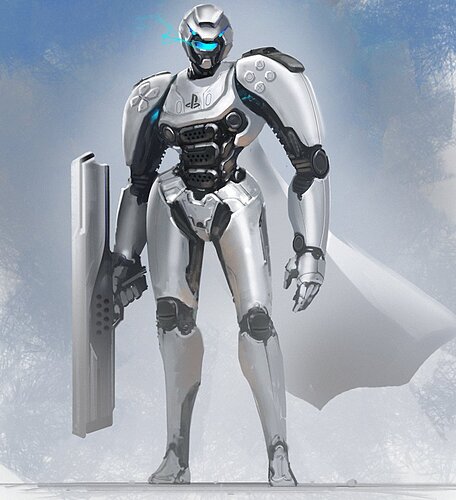 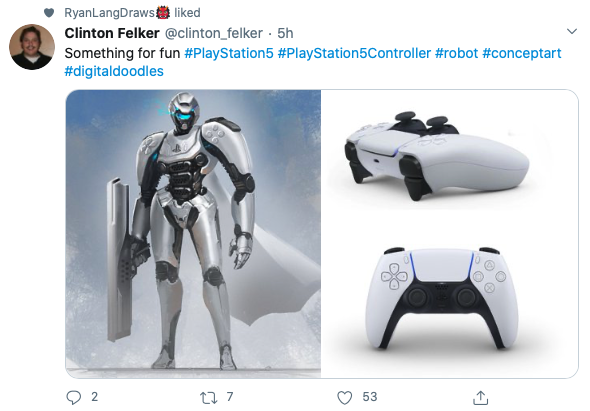 I don’t know anything about gaming and haven’t bought/used a system since the NES, but from a brand and formal language value perspective looks like they totally bombed.

The new design could be any no name china controller and doesn’t have anything unique in it, while giving up some of the more recognizable elements of the brand. Even as a non gamer I could identify a PS controller - that is out the window?

Just geometry wise, there’s some really weird visual pinch points going on around the white housing vs. the round thumb pads and awkward spacing and shapes between the left buttons (what shape are those supposed to be?) and other buttons.

What does the console look like? The PS to me always had some architectural IBM by Richard Sapper design typology to it I thought was very unique that made sense with the Braun like geometry of the controllers…new one looks like the random OralB/Gilette stuff they stick the Braun name on now.

Richard: the abandoned their old aesthetic with the PS4 in 2013.

Like I said. I don’t know what I’m talking about.

Interestingly they’ve tried this type of form departure before the with PS3 “boomerang” controller, only to get cold feet and revert to an updated version of the PS1 Dual-Shock/PS2 controller. 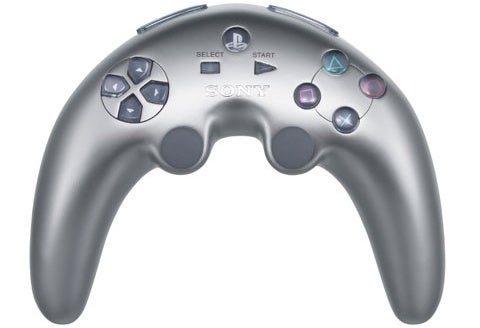 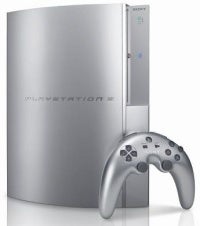 In my mind there are three things that will always identify a controller as Playstation, regardless of the forms and colors of the controller itself:

Oh yeah. I had totally forgotten about that boomerang controller, Jeff!

I was literally about to do this design revision today but then I saw someone beat me to it on Instagram. 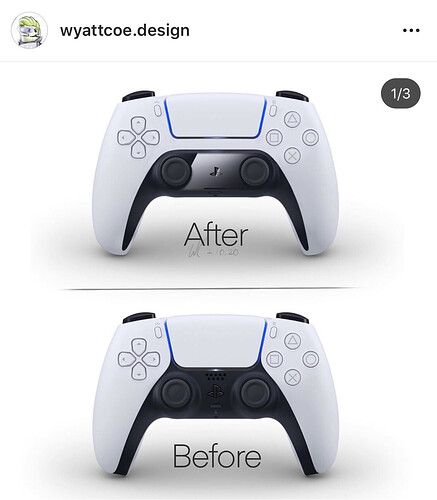 I like that revision because it combines the new colorway and cyborg-esque approach with minimalism and creates an iconic quality that otherwise be lost. I actually enjoy the more modern design styles rather than the graphic bonanzas we see in design nowadays, it takes away rather than adding value in many cases. Modernist-influenced designs just exude more timelessness and quality. This indeed is too much an Xbox controller and will completely change the hand-feel that was so nicely lightweight with the original ones. Rather than radical changes in form I’d like to see more new features or interaction styles integrated. I like that Boomerang PS3 controller though, a new approach and still whispers ‘PlayStation’.

That’s a clean revision. Really curious how this feels in-hand. I always felt like the ergonomics on the xbox 360 controller were a little better than playstation’s offerings.

so… the console is really sparking controversy on IG… 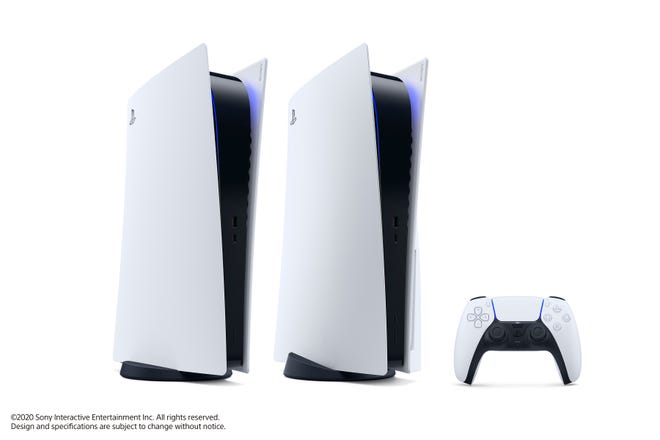 It will look really nice next to the milk crate shelves, and 30 year old recliner in most American dorm rooms.

It will look really nice next to the milk crate shelves, and 30 year old recliner in most American dorm rooms.

I’ll try to separate my personal opinion from my design analysis.

First, conceptually, games teleport you to a new reality. This device looks like it does that.

Second, strategically, xBox and Nintendo are circling the same aesthetic space that I call the Dieter Rams cul-de-sac. Nice B+ designs that don’t really cause a stir. I think Sony was smart to try something different. The market should have multiple different options if you draw out a 2x2 with geometric to complex curvature on one axis and minimal to complex on the other.

Third, gesturally, the design is pretty iconic, it says leave me out. Sure it looks a bit like a router, but I’d say router designs have gotten out of hand, they should look more like an xBox. An anonymous device that does a job of providing you with a utility like a circuit breaker box. A gaming console is not that.

Personally I realize that I gravitate to a more Jetsons inspired atomic age optimism and that is why I personally like it beyond the sound strategy. Would I design it differently? Of course I would, but I’d say that about any design, including my own. In the end I think it did exactly what it needed to do, which was get a lot of people talking about #ps5! So it is a win.

For my home I would rather have something that fit more with the home and the other objects around it, but I’m not sure if that would be the best design strategy for Sony.