Here’s something to consider next time you’re bitching about your iPhone having a scratch on it:

Young boys are starting to realize their dreams and do what ever they can to make sure that those dreams come true even if they must get themselves dirty.

Itâ€™s Saturday around 11am, the community is very peaceful and the quietness makes parents wonder what their kids are up to. Within hours you hear whistles and names being called. Your boy is watching TV until his name is being called; he jumps up and runs as fast as a cheetah.

Around 1pm the field is full of people, as if there will be a fight or a community meeting. When you check itâ€™s just young boys sorting themselves into two teams. After the argument of who should play and in which position, they settle down. The teams go to their side of the field to plan how they are going to win the match. The minimum of players is four; the maximum is eleven players for each team.

The referee blows his whistle and the game begins. Fans give courage to their players by cheering. They make them feel proud and confident. What is amazing is the ball and the field they are playing on. These boys do not have a coach or someone telling them what to do. They donâ€™t have money to buy a soccer ballâ€¦… they make it on their own.
This how the ball is made:

Firstly you look for old clothes or blankets. Then you put a few condoms around, which you blow up with your mouth, but not with too much air. Just so itâ€™s the same size as a soccer ball. After this you put either a plastic bag or a piece of old clothing over the condom. Then to make it strong, you tear up the old clothing or blanket into long strips and tie the strips all around the condom to strengthen the shape of the ball and make it heavier. Once you can feel it bounces well, you take a strong plastic bag and wrap it around the ball. Lastly you reinforce it by wrapping strong rope or tire wire around it.

Maybe you are surprised but let me tell you about the field. It is not a play ground or a park but it is a field that is full of drains and the half of it has a long grass and some kind of a wetland and a dumping place. And as we all know that when you are playing soccer you need scoring nets. These boys donâ€™t have scoring nets, but take wood or cardboard that is in the carpet and make poles.

In the end some go home smiling and singing winners songs and others go home in a way sad but still planning how to beat them tomorrow.

These boys are young and know nothing about suffering or what the world is going to bring them in the future. But all they know they want to be famous soccer players and being admired by the world. They come from a poor back ground and they didnâ€™t choose to be there but they can try by all means to change it and make their future as bright as it can be.

It’s all a matter of perspective … isn’t it? 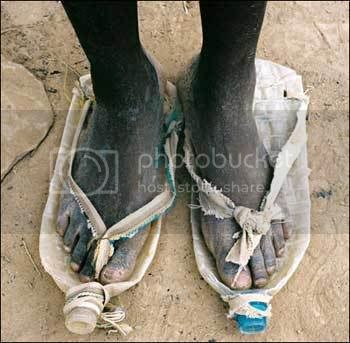 It’s all a matter of perspective … isn’t it?

Yes it is. It is especially poignant if you’ve been there, sat at their tables and talked to these people who materialistically have nothing but seem to have far more than I ever feel that I will.

This isn’t just an African thing.
Kids all over the world do this (with the exception of North America I’m guessing)

Even in developed countries you will find kids playing soccer with whatever they can get hold of in a place that half resembles a soccer field. I am from the UK and I used to play soccer with my brother with rolled up newspaper covered in packing tape in the house when it was raining outside. As kids, everyone used to go to the local park in the summer and play a huge game of soccer until you could barely see the ball into the night, using people sweaters for goalposts and having to flick the dog poo off the field with a stick!

The magic of soccer, rich or poor, it’s the same across the world.

My favorite toys growing up were tape, brown paper bags and cardboard boxes. I had all the transformers and GI Joes, but the paper and tape were so much more rewarding.

Of course it isn’t an “African” thing … kids all over the world improvise, and it isn’t just soccer…

The point suggested being that perhaps, we in the “developed” world, have lost touch with the basic human condition. Damn! My new cellphonehas a scratch on it, versus, even having a cellphone; let alone something as simple as a ball … or shoes. Ironic that the kid shown in the article is holding a cellphone… . …

The alternate point being; Necessity is the Mother of Invention.

BTW, I still have a large scar on the first segment of my left index finger from the serrated butch knife that my uncle let me use to make a fort out old corrugated boxes. It was a bitchin’ fort. … my Mom, and my Aunt thought otherwise.

stuff is just after all just stuff, things that show our status (real or imagined) to others but in the end mean nothing. In the end, will you be comforted on you sick or death bed by the newest phone/ipod/Ferrari or by a loved one?

So, Moral of the Story
An iphone costs about $400.00
With this you can sponsor a Child for more than one year, and pay for her food, health and education.
For only 30.00 a month. 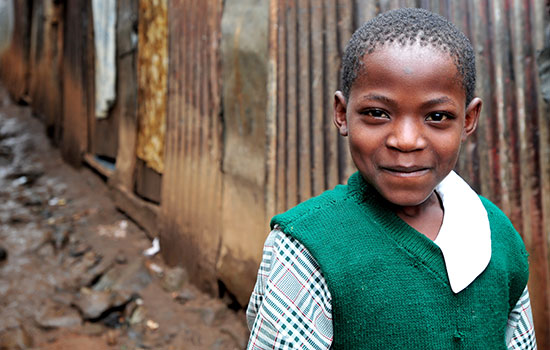 How About Sponsoring a Child in Poverty Today?

Sponsor a child today and transform despair into hope. When you sponsor a child, you can exchange letters, photos and prayers. You can even choose to visit the child you sponsor.

Didn’t we all do this? Didn’t we all use sticks as lightsabres? Don’t we all play with paperclips to no end? Haven’t we all make our own duct tape cases/wallets?

Isn’t that why we’re here?


I guess there’s a different between necessity and recreational.

Awwww, what happened to sense of humor? I was half joking when i said that.

But seriously… let’s consider this
Car payments? No,
House payments? I wouldn’t recommend

But an expensive gadget, any disposable income, 30 bucks?
Why not?
Just so another human in the world, specially a child ( they melt my heart) can have a roof, eat, be immunized against illness that can be easily prevented, the opportunity to receive an education.

For sure. And not because it makes me feel better about myself to do that.

By the way… this is a little video, i edited and uploaded to my youtube account 3 months ago, it’s about kids.
i love the song 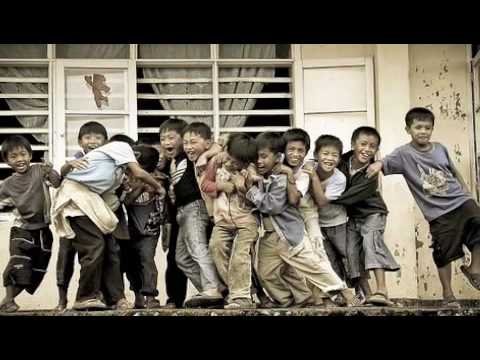