In the curvilinear trend thread, someone brought up how tall small cars are getting. A couple thoughts:

Two things stand out to me. Notice how the beltline is higher, creating a narrower greenhouse. This really took off with the 300. It makes a better looking car, but a more claustrophobic interior (mho). The second is the rear window. See how it’s square. It didn’t hit me until recently, but it reminds me of this: 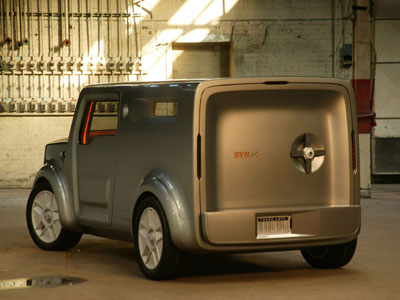 The window is fairly square and flat, just like the glass on an armored car. I’m sure that’s where this detail came from too.

The fact that urban assault design is slowly spreading out to mainstream models is pretty scary to me.

What does everyone else think?

I think that it has more to do with safety. I mean the higher beltline and the squarish glass.

The concept (?) looks way better to me than the ones above. Imo why “urban assault design” is gaining ground is because the geometric shapes lead one to think about efficiency, which is obviously serious business in automotive these days. Why is that scary to you? I assume you find the whole war-reference unethical, but take a moment to think why assault vehicles look the way they do in the first place.

Engio: I’ve come to accept that we live in a market based economy, so I don’t think it is unethical for designers to contribute designs that people want. What disturbs is that there are many people in our society who feel so anxious (I’m assuming) that they need to drive around an armored car everyday. The design is a symptom, not the disease.

As for safety, the beltline change shouldn’t be safer. The side impact beams are in the middle of the door at level with bumpers for compatibility, that’s what takes the blow. The glass is still there, so there is still a chance that the head will strike it in an impact. However, there is a perception of greater safety.

I think I can sympathise with your unease about the general direction automotive forms appear to take Mr 914. Ever since I was a very little kid I’ve been locked into seeing the general facial expression of a car. What has concerned me for some time now is the agressive styling that oozes from the largest portion of what most of us prefer to drive. I suspect that these overtly aggressive and defensive looking shells that we choose to represent and wrap around ourselves speak volumes about the conditions of both our induvidual and collective psyches. I guess you’ve already said this with your remark about the styling being a symptom and not the cause…although perhaps being surrounded by these urban armour flavours is also setting up a bit of a negative feedback loop to ourselves about our environment too…

I have the feeling its probably important that the vehicles look like something. I doubt it matters what that something is, as long as consumers can compare it to something they can adopt it, especially in more conceptual vehicles. Like crossover vehicles remind people of a station wagon a little so they are ok with it.

It may have to do with the way they critique things in their minds. If you didn’t go to art school, and spend years learning to think about new and unique forms, you may not be able to understand new visual ideas except by comparison. For instance, after you get students to stop saying simply, “I like it or I don’t like it,” they seem to go to the “it looks like x” or “it reminds me of y”

If the car is new, and you don’t really know if its a car, or a truck or an suv or a crossover or whatever, you may need to compare it to a known vehicle, like an armored truck, and say to yourself, that looks safe, I’m concerned with safety, does my iPod plug into it, can I get it in red, what should I have for dinner tonight, that sales person has a weird mole on his hand, I like this car but if I buy it, what are the chances he will try to shake my hand?

I suspect that these overtly aggressive and defensive looking shells that we choose to represent and wrap around ourselves speak volumes about the conditions of both our individual and collective psyches.

As status symbols the automobile has done a wonderful job of alienating us from each other.

It leads me to wonder how we “represented” ourselves before the average man could afford an automobile … did the clothes makes the man?

I hope this link works:

CBC Ideas from last year. The Measure of Man, a social history of the suit.

Ironically, the suit evolved from weekend clothes that people would wear in the country. Today, who the hell wears a suit anyway?

I think a lot of things probably acted as status symbols. I’m sure someone has studied it…it would be interesting. Definitely something to google tonight.

who the hell wears a suit anyway?

My apologies in advance for resurrecting an old thread. I was gathering some information about the Vibe and came across this post and had to share this picture I just saw. I drive a Vibe and frequent their online forums. The last ones rolled off the assembly line last month and some are now reflecting on the demise of the brands. Just an aside: the whole square-ish trend struck me as more clown car than armored car which, come to think of it, may be an even bigger indictment of our society

This is the GM design studio probably in the 60’s. They apparently had some kind of dress code

Those are real design geeks. 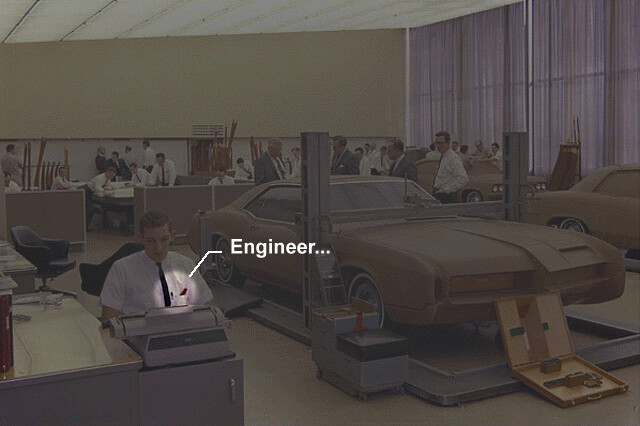 Lew: Where is the designer in the picture? The one with the red and white tuque?

The one with the red and white tuque? 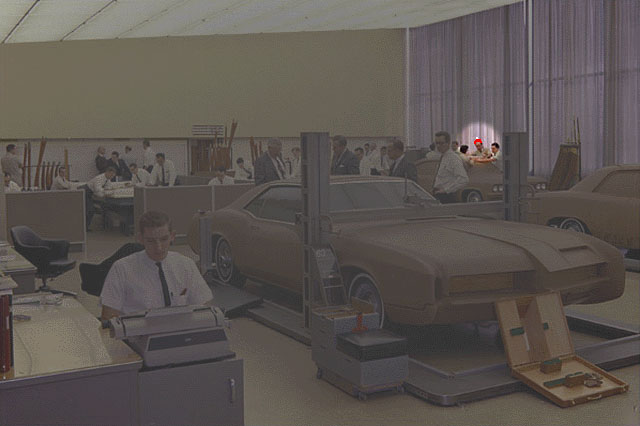