Can someone fill me in (pun) on slip casting?

What are the duplicating molds made of? Plaster?

How long will a duplicating mold last (molding cycles)?

I don’t have any experience with slip casting, but it is something I’m interested in getting into. I have a lot of friends who are experienced with the process and can ask them these things for you. I do know the molds are made of plaster though.

Although im not the most experienced, I have done slip casting for a few of my projects and may be able to help, bearing in mind my experience was in small quantities (30-40 pieces)


What are the duplicating molds made of? Plaster?

Definitely made of plaster, 2, 3 or how ever many part mould you want are easy to create by blocking in parts of your mould with moulding clay, pouring plaster, removing the clay and pouring the second half of the mould, ect. beware though, dont be shy on the mould release! or in my experience, vaseline. theres nothing worse than pouring the second half of the mould and not being able to separate them again!

How long will a duplicating mold last (molding cycles)?

As i mentioned, ive done 30-40 pieces of a small porcelain hip flask i did with absolutely no worries and no visible wear to the mould, people in the ceramics department i was in were doing upwards of 50 pieces and didn’t seem to have a problem either.

Cycle times depend entirely on how quickly you can dry out the plaster between runs, although applying too much heat to evaporate the water will result in an exploded mould, but by placing my mould in the sun i could happily get through one every 12 hours or so. My advice would be to make a number of moulds, plaster is cheap and if you make one good master object, there no reason you cant cast 3 or 4 moulds from it and have them cycling through

Pretty much, i’d be generous with your draft angles, maybe 3/4 degrees, it depends on the part really and how much mould release you get in there. I have seen some pretty crazy moulds though, so it depends on how inventive you get with the moulding clay and plaster pouring, there are guys who can pull off 5 piece plaster moulds to make porcelain skulls, it can be really fun, but the best way is to just start getting your hands dirty and play around with it IMO!

Hope that was some sort of help!

I’ve done multi-piece plaster tooling for years but only recently gotten interested in “pottery”. A friend is doing hand-built pieces and asked me if there was anyway to “speed up” her production process. In steps the “industrial designer”… molds I say. A slipped “base” form, onto which she will apply hand-built detail bits.

I have 200 pounds of #1 on order, hands will be getting dirty soon enough.

Thinking out loud… (?) Wall thickness of the part is determined by “dwell” time in the mold, yes? The longer the slip is in the mold the thicker the wall of the part becomes? Sounds like a trial-and-error process. From a production POV, I wonder if the “time” to achieve, say, 1/8" thickness is repeatable … meaning, will, e.g., 15 minutes consistently yield a 1/8" thick part? 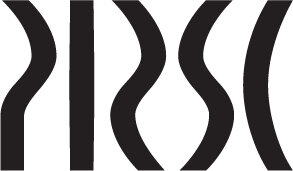 a slipcast artist/designer that I really like, he have some interesting photo on the process

I have done some slip casting and have learned from modelmakers that worked for big companies like Dansk, Corelle, Corning. I however produce pieces like a craftperson without all the factory tech. Plaster moldmaking has no exact guidelines just figure out a process that will continue to produce good results. The wall thickness is reasonably reproducible but there are things you will have to do to keep castings the same. In the factories they have a big mixer that is constantly mixing the slip and gas pump nozzles throughout the factory for pouring mold.

So, mixing the slip well before pouring molds is very important as it will thin the slip back out and make a proper mix. As the molds are cast and re-poured the plaster will start to take in more moisture and take longer to set up each mold. I usually make a mold master out of rubber that can be quickly poured to make new plaster molds. Using a heated drying closet you can both dry the work pieces and the molds faster. You cast a bunch of molds and alternate pouring and drying times until you get a good system. One thing to remember is that wall thickness of the plaster will change how fast and how even a mold sets up.
Good Luck!

In the factories they have a big mixer that is constantly mixing the slip …
So, mixing the slip well before pouring molds is very important as it will thin the slip back out and make a proper mix.

So, if we’re working with much lower production numbers, and we are, agitating the slip on a regular basis is important. Maybe with an electric drill and paddle?

I usually make a mold master out of rubber that can be quickly poured to make new plaster molds.

I like that idea. Saves wear and tear on the master pattern.

As the molds are cast and re-poured the plaster will start to take in more moisture and take longer to set up each mold.

I was wondering about that. I suppose how quickly a mold “saturates” is dependent on a lot of factors… part thickness (directly related to time-in-mold), and mold wall thickness?

One thing to remember is that wall thickness of the plaster will change how fast and how even a mold sets up.

Ideally… use styrofoam, or ? blocking to create voids on the back surface of the mold halves to decrease wall thickness? What would optimal mold wall thickness be? (obviously dependent on the size of the part I guess). She will primarily be doing small parts (6" x 4" x 4").

For small slip cast parts I would not worry too much about wall thickness 1-2" is fine, I would just make a box mold.
Just give the slip a good mix a couple times throughout the day with a power mixer, and maybe hands stirring it before you pour it from your pitcher. I would suggest you investing in this stuff:

That is all you really need

Are the joints on the cottle boards back-filled with plasticine clay to ensure they don’t leak, or is it strictly a “precision” fit of the boards?

Found a used Duncan kiln (DK820-2) yesterday for $175. Analog control, the mouse trap is new, and it includes a full set of furniture. Sound like a reasonable price? I know Duncan is no longer in business, but parts seem to be readily available.

but considering what new stuff cost it seems fair. Kiln furniture is expensive. Just check the heating elements are good, that is what goes bad first. It’s probably a sitter kiln, you put a cone in a switch and when it reaches temperature the cone sags and hits the switch off. I have one of those kilns I got for free from a closing business.

The cottle boards don’t need to be precise. Just fill the corners and outside seams all the way around with a bead of clay before you pour the plaster . I use regular natural clay, and I only use the oil/sulfur base kind for modelmaking. Btw the best way to stop a plaster leak is by throwing some plaster powder over the leak, found that one out after making a mess when i was getting started out

best way to stop a plaster leak is by throwing some plaster powder over the leak,

On the outside of the box?

BTW, from my old foundry pattern making days, we referred to cottle boards as a “flask”; don’t know why, just a traditional term I suppose.

I’m getting a late start on this. I didn’t get to do the ceramics thing when I was in school, could barely afford the required classes. Thanks for all the insight.